This one was here yesterday night, I only have a cell phone so the image is quite far away. It actually staid in place for about 15 minutes, appearing and disappearing every minute or so. In the end, before cloaking again, he moved a litttle bit, that’s why the image is not so still anymore, I tried to follow him. This is one of our Scoutships. Love you, ANdReA

END_OF_DOCUMENT_TOKEN_TO_BE_REPLACED

We come today to wish you a very happy holiday–that is  holy-day, for Easter represents the journey each soul must take as they move into enlightenment and out of the lessons of the third dimension.

This journey is that of life lived as best an individual can,  based upon their personal belief system and governed by  current rules of duality and separation.  Life continues “normally” until at some point in an individual’s spiritual evolution there comes the  crucifixion.  The crucifixion is  that time in which  everyday life no longer  works as it always has.  What up to that point has been predictable,  suddenly  comes to a screeching halt either through  some particular experience, experiences, or a new unfolding inner awareness. To outside observers as well as the individual himself, this period  may appear to be one of absolute failure,  loss, and  something dreaded.  To those still fully emersed in third dimensional values it is indeed seen as loss and failure, but to the experiencing soul it is  movement; the death of that which is now finished and the birth of the new. END_OF_DOCUMENT_TOKEN_TO_BE_REPLACED

Comments Off on Marilyn Raffaelle – The Arcturian Group – 8 April 2012

I have been leaving a comment on your page as well as I have commented on Tim Turners page about your interview with “Drake”. The anonymous man.

I had been given the impression that this Drake was the man behind the Republic which he was not. He has left the Republic of USA group short RUSA. He and his group had some differences or insights or personal matters going on.  I have always had great respect for your investigations and research mister Wilcock and bought your books. I never had reason to ask a question till now.

Except I get not through to you to get it answered. The question is not posted in the comment section of yours where I have put it for review yesterday. As I think it is too important to leave out I ask it here as an open question to you.

I had been listening to your interview with Drake and was very positive till I got to hear the other side of the story from the round table call with  Tim Turner, President of the Republic and also guests where Ron van Dyke and others. Ron also made a video on this Drake story and Tim Turner : link to video Ron Van Dyke.

I was very disappointed and felt not well-informed after hearing the story from Tim Turner. I think it is not fair nor even right to have just one side of the story told now. As it is much to important to hear what Drake has to say about accusation towards Tim Turner and Tim turner given a change to defend himself as asked in an interview.  If this is not done there is likely to be division amongst the ranks as it is now propagated by your interview bringing  forward Drake in this big way.

I think that this is not beneficial to all. We need not division but unity. And therefore I do not understand what this full-blown story about  Drake, the anonymous one, and his group is about as the other side is not given a proper change to reply or give their side of the story. I may be wrong in asking the question and you have already taken action to give TimTurner and his group a change to tell their side of the story.

Mr. Wilcock will you give Tim Turner a change to reply in an  interview or  will you give  Tim Turner and  Drake together the chance to express their  opinions and maybe resolve their differences and or help to clarify what position you,  mr. Wilcock take in this matter as it now seems to be rivalling groups wanting to re-instate the constitution and republic?

As a Dutch citizen I have nothing to do with or am associated with one of these persons or their groups.  I merely have been following all and in the position of writer of my blog of alternative news.  I want no misunderstanding and loose ends in such important matters as the new Republic has to build on the real Constitution of the USA the proper way.

( note: there is a comment posted on David Wilcock’s blog with name lucas and posted 8 April 2012 that isn’t mine. Mine has not been posted at this moment : 9 April 2012 )

I’m glad so many people enjoyed the last article in this series (1) and are interested in beginning a global conversation. Let’s take another step towards starting one. A global conversation is addressed to the human race. So perhaps I can be permitted a few words on my view of what it means to be human.

I’m not an anthropologist but I worked many years as a cultural historian. Nonetheless this is meant as a commonsensical discussion and not one that’s somehow scholarly or academic. END_OF_DOCUMENT_TOKEN_TO_BE_REPLACED 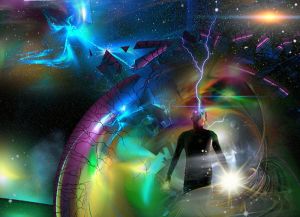 On April 5th a brand new element was added to our field of life; a pure energetic rainbow waterfall.  I suppose it took me til today to really understand the full breadth of this new element.  So before I share all the amazing information that came thru yesterdays readings, I must talk about this rainbow energy.

First let me set it up as it appears in my field of vision.  It flows directly from the top of the Mesa cliff and cascades in a free fall over the side and touches (not splashes) the ground.  It is not very wide at all, maybe 10-15 feet wide (3-5 meters) END_OF_DOCUMENT_TOKEN_TO_BE_REPLACED

In my comments list I found a strange reference to a court case that had been judged through the Canadian Court system in highest appeal.  The case had a crucial question asked did Freemason judges help their brother Freemason.  The judges have refused to reveal if they were Freemasons a question that seemed very basic in a case that claimed Freemasons had railroaded a Canadian dentist into jail for a year for tax fraud. Above question was never answered so it seems. For me it is very unlikely that this will be answered ever.

The Secret Societies Act 1799 is still law in Canada and that alone makes an accusation of being freemason a difficult case. For sure as the accusation is directed to the judges.  The Applicant has asked the Canadian Minister of Justice (see page 34 of Motion – page 41 Scribd) and Canadian Prime Minister Harper (see page 36 of Motion – page 43 Scribd) to order an inquiry of the conduct of Chief Justice McLachlin and asked that she not be a part of the panel that will  deal with this Motion to Reconsider for similar reasons.

A very strange case in deed.

You will find the story and the scribd 60 pages motion to reconsider  at:

YOU READ IT HERE FIRST…

Last February 4th, I ran a piece about a ‘fall’ in the US Labor Department’s unemployment levels – the ‘non-farm payroll data’. At the time, I wrote this:

‘Take, for example, the so-called ‘broken community’ effect. This pertains when somewhere dedicated to one business – like Detroit – goes south. Almost everyone loses their job in the region, as the American global share of car sales plummets. The outlook appears to be hopeless, so many workers simply stop looking for a job. Stop looking, and you slip off the unemployment figures. You’re still jobless, but you’re not officially jobless.’ END_OF_DOCUMENT_TOKEN_TO_BE_REPLACED

Posted on April 8, 2012 by lucas2012infos | Comments Off on Tim Bravo’s Extraordinary Year Blogtalkradio Show – Tolec And The End Of The Space War – From Andromedan Council Perspective – 8 April 2012

(Lucas : I have listened to the whole show. Tolec says that the mass arrests  David Wilcock and Benjamin Fulford are speaking of and the finishing off of the undersea Drako Reptilian bases are related.)

The Irish priest muzzled by the Vatican for his liberal views has received overwhelming support from colleagues worldwide, with a senior member of the Irish Redemptorist order saying liberal priests are being subjected to FBI-like attention from ultra-orthodox “Catholic agents”.

This appeared in the printed version of the Irish Examiner Saturday, April 07, 2012  Read more: http://www.irishexaminer.com/ireland/silenced-priest-receives-global-support-189765.html#ixzz1rRmT3zQW