I come before you today to speak of the Truth that is in your hearts, dear ones. No one can deny that you are waking up to it. The depths to which you are reaching are astounding and unequalled. The expansion of your energy has contributed to this and you are just beginning to see the ramifications of it. Your bravery in opening up to consciousness that you have not perceived for eons is applauded and cherished by all of the Company of Heaven. We thank you for this. END_OF_DOCUMENT_TOKEN_TO_BE_REPLACED

Are you still waiting for disclosure?

Ok… and… should the ships land in your backyard is it ok then or will they have to go trhough another test, mybe to see if they’re real and not holograms kind of…

I know… many still doubt… I know… see it every day… thus I also see many that go together and spread the truth that we’re here. And won’t leave. For Family won’t be separated anymore.

Did I already tell you –I’m sure I did but twice is better- that we need your help? END_OF_DOCUMENT_TOKEN_TO_BE_REPLACED

Oh my, things just keep on getting crazier and the noose continues to tighten around our necks. I know many people who are feeling pulled down by this continual dark, dense energy and are depressed because nothing really seems to be happening. We appear to be in limbo hoping for change but seeing no signs of it on the horizon. Very depressing indeed. We must somehow muster up our strength in these challenging times to stay headed towards the light and remain in our hearts. When we feel assaulted by these negative energies we tend to move out of our heart space and feel anger towards the circumstances we find ourselves in. Doing so will not serve us well but rather just keep manifesting more of the bad energies to us. I know it is hard to have hope in such dark times, even I struggle when dark times continue to pummel us from all directions. Somehow, some way stay in your heart, feel love for all those around you and embrace compassion for all. We must be light and love! END_OF_DOCUMENT_TOKEN_TO_BE_REPLACED

All of us seek happiness but few of us question why we universally do that. We want love, crave bliss, search for fulfillment. But seldom do we notice that we do or question why these circumstances would be so. We simply accept them.

They form part of what Werner Erhard called the “background of obviousness.” We take for granted some of the most profound circumstances of life. END_OF_DOCUMENT_TOKEN_TO_BE_REPLACED

Tagged 13 April, 2012, Disclosure, Earth, Evidence Of The Divine Plan Is All Around Us, spiritual, Spiritual evolution, steve beckow, World

CDS rates to protect against default by Spain rose to an all-time high today as Investors brace for more pain in Spain.

Spain was firmly back in the spotlight on Friday, after news of a sharp rise in borrowing by the region’s banks from the European Central Bank triggered losses across European stocks, but especially for the IBEX 35 index XX:IBEX -3.58% , which fell more than 3% to a three-year low. END_OF_DOCUMENT_TOKEN_TO_BE_REPLACED

I was saying yesterday:“It very well could be that we’ve entered a time when the really big changes are coming to an end – the cabal is banished, war stops, we are awakened. And now begins the really hard work, the slog, of turning the attention inward and tackling all the low-grade perpetrations, weaknesses and vices that the necessity to fight to free ourselves allowed to remain hidden.” (1) END_OF_DOCUMENT_TOKEN_TO_BE_REPLACED

Lisa Gawlas – Are You Ready To BE The Living Expression Of The Rainbow Energy?

Posted on April 13, 2012 by lucas2012infos | Comments Off on Lisa Gawlas – Are You Ready To BE The Living Expression Of The Rainbow Energy?

Something special has indeed happened on our planet earth over the last few days.  I pray with all my heart I can share what I understand coherently and clearly.

We have a new and permanent element on earth.  Up until yesterday, our walk upon this earth was casual.  Every now and again we would bump into a packet of love floating by and feel a stirring within, and opportunity to notice more.  More often than not, we took the moment to enjoy the sudden rush, and then went back to life as usual.  I spent 38 years walking like that! END_OF_DOCUMENT_TOKEN_TO_BE_REPLACED

Comments Off on Lisa Gawlas – Are You Ready To BE The Living Expression Of The Rainbow Energy?

Tagged 13 April, 2012, Are You Ready To BE The Living Expression Of The Rainbow Energy?, Disclosure, Earth, ET, Lisa Gawlas, spiritual, Spiritual evolution, World 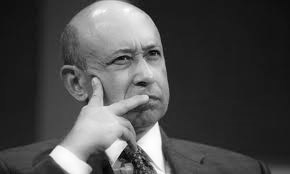 Blankfein…dark presence in the Elysee Palace

Lloyd Blankfein, Morgan Stanley, French debt and Nicolas Sarkozy: whatever the motives, this has all the makings of a huge scandal. END_OF_DOCUMENT_TOKEN_TO_BE_REPLACED

(Kauilapele=>) I saw this first here, thanks to Susan who put the link in a comment. I almost removed the comment, but then felt there was something to this.

Then later, I saw it reported at Huffington Post.

Now, all during the time after seeing that the rocket had failed, I kept getting that this had been “failed” by an ET “force”. They were the ones who canceled out this flight, in order to cancel out any cabal plans to incite a war by launching “stuff” out there, from there, a country that Ben Fulford has called one of their (the cabal’s) places (North Korea). That’s what I “got”.

So what next comes up was I checked John Kettler’s blog and found this article: END_OF_DOCUMENT_TOKEN_TO_BE_REPLACED

There is nothing that you cannot do inasmuch that you have much more power than you realize. You are not yet at the level where you can achieve instant results, but the energies you put out for change will bring about a response. More so when many of you are working towards the same end, the power increases exponentially. So Dear Ones, as more and more people seek changes for the good of all, you are bringing about a quicker manifestation of what you have in mind. We find that as you gain understanding of how to best help yourselves and Mother Earth, the emphasis moves away from self to all life forms. After all, the changes are affecting them and not just your solar system, but Universe and Galaxy. It is a tremendous change of scope beyond your imagination, and involves Beings of unlimited power and love. They carry out the Will of God and in that lies your assurance that all will proceed according to the Divine Plan. END_OF_DOCUMENT_TOKEN_TO_BE_REPLACED