We already know that Greece borrowed most of its debt from the ECB and American banks. We also know that US banking firm Goldman Sachs held a seminar in Greece during 2006 aimed at ‘teaching’ the then Athens Government how to lie to Brussels about the size of its borrowings.

There now follows a Q&A about other aspects of Greek debt. END_OF_DOCUMENT_TOKEN_TO_BE_REPLACED

Tagged 2012, 25 April, Disclosure, Earth, Greece : Why Would It Be Missed By The Eurozone?, John Ward, spiritual, Spiritual evolution, The Slog, World

We have often times come across with messages that mayhaps seems to be rather superfluous to some, but this is not the case for so many out there still struggling to keep their heads above the waters of this swiftly flowing river of change. In other words, we will not cease these missives in any way, but they will be tailored to the needs for those still trying to get a grip on what is going on. Many are after much more detailed messages, they will want confirmation on certain subjects or even certain events that are rumored to happen on certain dates. Well, let us just say that we will contuine in this vein for quite a while yet, as there is indeed so much change going on now it will be difficult at times to keep your footing amidst all of this turmoil. END_OF_DOCUMENT_TOKEN_TO_BE_REPLACED

I found Lord Leveson’s opening statement to the enquiry that bears his name this morning quite extraordinary. And I find it impossible to believe that no political pressure at all was brought to bear in ‘helping’ his decision to make the statement.

Having had a counsel elicit devastating evidence the previous day regarding meetings and emails – about which both David Cameron and the unspeakable Jeremy Hunt misled Parliament – for the first time in a process that has taken several months, Leveson felt obliged to ‘clarify’ the significance of the evidence. In fact, what he did was to dilute it by inference. END_OF_DOCUMENT_TOKEN_TO_BE_REPLACED

Today, my adventure in Virginia comes to an end.  I will be heading back to New Mexico later today.  This has been the biggest, most intense emotional roller coaster of my recent life!  After I got the elephant off of my heart yesterday, it is amazing how much beauty and perfection you can see in all that has transpired.  All of life is always, constantly conspiring to bring us each to our greatest expression possible.  Most especially when it appears that in an instant, everything has turned to shit! END_OF_DOCUMENT_TOKEN_TO_BE_REPLACED

Comments Off on Lisa Gawlas – Riding The Intense RollerCoaster Of Change! – 25 April 2012 The word “YES” in any language is one of the most powerful words you can use. It will instantaneously and naturally expand your energy field, and make you more receptive to what the Universe is offering you. When you say YES it vibrates your vocal cords and creates a powerful resonance in your body sending out positive vibrations into your world. Take a moment right now to discover what YES feels like when you just think this thought. Say the word YES in your mind several times getting louder each time. How does it make you feel? Did you notice any energy shift inside? Most people sense their energy is expanding and they feel more joyful and open to life. Saying this magical word on your inner world is only a small portion of the power you can tap into. We recommend saying YES out loud to the Universe if you really want to energetically open up your being and manifest whatever desire is trying to come your way. END_OF_DOCUMENT_TOKEN_TO_BE_REPLACED

Hollande….man with an eye on the main chance

With a Round One French Presidential victory now safely in his rear-view mirror François Hollande Socialist candidate, has decided he never wanted to unpick the European fiscal pact, oh no certainly not, not him, you must have got me wrong my German friends: “Sie haben mir alles falsch gegotten”. END_OF_DOCUMENT_TOKEN_TO_BE_REPLACED 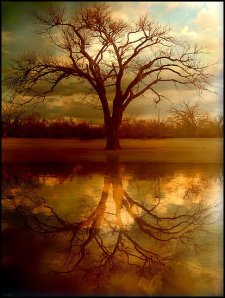 I spoke yesterday about how our thoughts create our reality. That is such an important thing to understand and if you can’t grasp the meaning of it, then just look around you. We have such a strong attachment to nature and it seems every time we are out in it we see multiple scenes of beauty, often serenity and calm like the picture I chose today. Why is that do you suppose? Nature does not think thoughts the way we do and so many of our thoughts are fearful or aggressive or angry. If these are our thoughts then the reality around us will be the same as well. If this tree had thoughts they would obviously be ones of peace and tranquility. If we look around ourselves what we see will tell us what our lives are like within. Are we living in chaos where we don’t have enough hours in day, are we always in a hurry unable to be still and go within, is there tension all around us or is there peacefulness and calm? Are we constantly running into road blocks and fighting our way upstream, or do we flow? END_OF_DOCUMENT_TOKEN_TO_BE_REPLACED

Angered by sniping from her allies the FPD, the Karlsruhe Court, and Bankfurt – and anxious to get a stable hold on power before the German people realise what they’re getting into – Bundeskanzlerin Angela Merkel is working hard behind the scenes to line up an early election…and a “grand coalition” with the Social Democrats immediately thereafter. German newspaper Bild led with a speculative story yesterday morning, but sources in Berlin and Frankfurt say the Chancellor has already formed a crack election planning centre. END_OF_DOCUMENT_TOKEN_TO_BE_REPLACED

The US currently has sixteen intelligence agencies. The Secretary of Defense now wants yet another agency, and the only logical conclusion is the sixteen existing agencies simply cannot get the job done.

Collectively US intelligence agencies missed 911, Egypt, Libya, events in Iran, and they thought Hussein hid weapons of mass destruction in Iraq. Currently they do not know if Iran is attempting to build nuclear weapons or not. Alternatively, they do know, but do not want us to know what they know because it might make the oil embargo look downright silly. END_OF_DOCUMENT_TOKEN_TO_BE_REPLACED