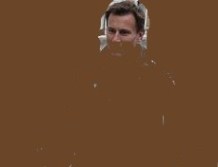 Newscorp market leader The Shunt is proud to bring its devotees the first picture of Sh*tstorm victim Jerry Punt (above) following his exposure to a sh*tstorm in the light of a Not Guilty M’lud plea to Lord Leveson last week. His Lordship refused to hear his plea, however – a decision that has rattled British PM Cavedin Dammerung.

Speaking on the Andrew Blowpar Show, Mr Dammerung said he was very surprised to be asked if he took prescription painkillers.

“Now look here,” he said, “That’s entirely out of order. I only ever take proscribed drugs, and I’ve never taken Happy Pills like that Boredom McGoon had to. That is a slur and I resent it, I mean my drugs not his. I am merely here to explain that Mr Hunt in whom I have qualified confidence is an ethical man who has done nothing wrong except excavate Mr Murdoch’s bottom and forget to tell Parliament about 156 pages of entirely innocent emails involving done-deals and no-brainers. He has done a marvelous job in promoting the Olympic ideal of a level playing field at Eton, and I feel sure that nothing new will come out – but of course if it does I will have no alternative but to fire the grubby little oik on the spot.”

Well, the jury is out. But one senses it will soon be coming back in with a verdict.

FOOTNOTE: an anagram of Jeremy Hunt is ‘the jury men’.