(Lucas: Ron talks on the The Republic of the USA – Rusa and the question of imposing oaths on people to be a real member of the Republic!) END_OF_DOCUMENT_TOKEN_TO_BE_REPLACED

Tired of the same old news? Ready for something unique? The Unicus Radio Hour offers a special blend of ideas and insightful information from around the globe and beyond. Hosted by world-renowned author and researcher Robert M. Stanley, this show features informative guests and inquisitive callers.

To help keep this show on the air, please donate to The Unicus Foundation. Thank you.

Suzanne Poulson Spooner – An Update from God & Jesus – The Tipping Point has been Accomplished! – 4 May 2012

[Hi Jesus & God, how are you today?] Hi Suzy, We are very happy today. Today on planet Earth marks an alignment for the connection of higher knowledge. This is the alignment that precedes the 5-5-12 opening of portals. The alignment refines how the human body accesses the truth of their existence.

Man is now able to access his history with less filters in place. These filters have been knowledge blockers in order to keep the masses in check. This was part of the Divine Agreement on duality and free will. END_OF_DOCUMENT_TOKEN_TO_BE_REPLACED

Before I get to the incredible details that were released all day long yesterday thru every reading… I want to talk a bit about my own experience in the heart field of community.

As I was scouring different stores on the internet to get prices and comfortably of computer chairs to go to in the afternoon, I suddenly remembered the thrift store I got my couch from.  This is a family owned business, relatively new and the kindest people I have met.  I decided to call and see if they had any comfy chairs to offer.  Of course they did!  I took a journey into Albuquerque to go pick out my “new to me” computer chair with a budget of $100 that was gifted to me the night before. END_OF_DOCUMENT_TOKEN_TO_BE_REPLACED

Comments Off on Lisa Gawlas – The Asexual Pollination Is Underway Thru You!! – 4 May 2012

Those that mean to conqueer, no matter what, are unable to produce

Comments Off on The Galactic Free Press – Daily Blue Star UFOs Report Yes! Are We Really Here? – 4 May 2012

Coming into the planet’s annual electrical peak cycle for this May, the players are aggressively jockeying for optimum position in the field, devising their strategies, clawing their way through the 2012 Ascension cycle reality show, “Pushing for Timelines”. We have groups “pushing” for their agenda and to cull as many people as they can to get on board with their future timeline that supports that agenda. In the larger overview, tempers are flared while engaged within heated ancient conflicts, as there are fresh pawns being thrust into the controller’s game as an exercise to prove they can still throw their weight around, while attempting to intimidate others into being culled to enforce their dominion agendas. Do not let this frighten you or take you out of your personal power. Command your space!There are many more people (primarily within the Starseed gene pools) exposed to sleep state ET contact, ET type of dreams and other modes of communication and manipulation. (Please review March News section for Guidelines for Positive Contact) It is important to know IT IS YOU that must “command your space” and claim your sovereign right to State the Action of your Authority. The God Source and Christ Force, do not attack or manipulate, however, they Protect and Defend. END_OF_DOCUMENT_TOKEN_TO_BE_REPLACED

Here we are, our daily sightings.

Fasten your seat belts while watching the first video…

and start getting used to it!

And thank you for sharing and informing everyone you can… it’s IMPORTANT! The more we get out at people, the less will they be afraid.

Thanks sharing and Loving as there’s nothing better you can do.

LOVE YOU, and thanks for sharing!

if you missed our latest energy updatehttp://soundofheart.org/galacticfreepress/content/galactic-free-press-daily-update42712-everyones-assuming-their-divine-rolesget-ready

John Ward – Greek Elections : How The Papdemos Government ‘Forgot’ To Send Any Tax Bills – 4 May 2012 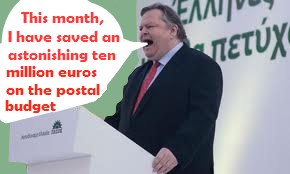 The real Greek tax bill is lost in the postOn April 18th last, The Slog led with an IMF report inadvertantly showing the draconian new tax measures being set up for after the Greek elections this coming Sunday.
Nobody in the Western MSM went near the story, but the better-informed Greeks have since been voting with their feet by leaving the Pasok and New Democracy Parties in their droves.Yesterday leading Greek newspaper Ekathimerini healdined with a piece entitled ‘Tax avalanche to follow elections’. END_OF_DOCUMENT_TOKEN_TO_BE_REPLACED

Comments Off on John Ward – Greek Elections : How The Papdemos Government ‘Forgot’ To Send Any Tax Bills – 4 May 2012

American War Criminals Now Subject To Laws US Enforces on Others

Almost all facing prosecution are, curiously enough, members of the Republican Party and are trying to spin a return to freedom and justice as America giving up rights.  The only right sacrificed are the rights some of the 1% and key officials had to murder, rape, steal and run drugs.

They may now be arrested under the same laws that applied to Gaddafi, Saddam and other “war criminals” that America has seen fit to bring to justice.

A careful read of one of the trickiest documents I have ever seen limits arrests of US elected officials as long as they are in office.  Language protecting the military is less clear if not clear at all.

In doing so, Obama even puts himself at risk but the risk is far higher to Ashcroft, Gonzales, McCain, Lieberman, Bush (all), Cheney and a list of war criminals who may number in the thousands.

As to how far the ICC is willing to go is questionable.  The organization tends to arrest only those of dark skin or targets of American foreign policy.

Perhaps that will change with the Arab Spring and elections in Europe which has gotten rid of some and may  eventually remove nearly all the old leaders, most of whom are potential suspects in war crimes.

When we see Interpol put the cuffs on McCain and Lieberman and “perp walk” them out of the Senate, we will know we may get America back. http://www.veteranstoday.com link to original article

via http://www.jhaines6.wordpress.com link to article

Uploaded on Youtube on 3 May 2012 by  WesAnnac : some background noise on the recording END_OF_DOCUMENT_TOKEN_TO_BE_REPLACED