John Ward – Hackgate Day 490 : After Rebekah’s Arrest, The Chancellor Re-evaluates His Relationship With David Cameron – 16 May 2012 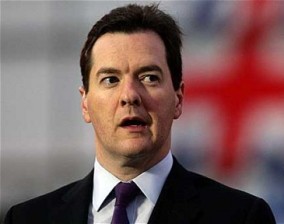 “You’ll never take me alive copper,” said Chuck, as Miss Redtop merely whispered coyly, “Do remind the Prime Minister that I know to the last coordinate where all the bodies are buried.” Mr Brooks asked for 2,319 other offences involving disposal of suspicious powder and incriminating laptops to be taken into account.

The Prime Minister’s official residence 10 Downing Street issued the following statement from increasingly temporary resident Mr Avid Camerdoch: “I would just like to say that while I vaguely remember meeting this unfortunate ginger mental patient, her silly ideas about our supposed relationship are complete fantasy and entirely unrelated to any text messages that the wicked Newscorp organisation may have planted on my phone in an attempt to implicate me in their unspeakable practices and all these vicious rumours about holidays spent marching in Colombia are utterly without foundation.”

The Slog immediately contacted Giddy Osborne, who asked “Ooo wants ter know?” in answer to my first enquiry, “Hello, is that the Chancellor of the Exchequer?”

“Look squire, diss ain’t got nuffink ter do wiv me roit, I wuz in Brussels at the time in a barney wiv dat Mrs Merton. De filf ain’t got nuffin on me an’ I aint never errd of this geezer Coolson oom I might’ve introduced to somebody once but I can’t remember nar push off”.