Another message from Drake:

Comments Off on Drake – Another Message From Drake – 6 July 2012

THE PENTAGON WANTS….THIS VIRAL  Just click on this link or right click and save to your computer.

(Lucas : I always say use ‘your’ discernment on everything.)

The text of the PDF:

Maine Republic Free State News, 3 Linnell Circle, Brunswick, Maine 04011
http://maine-patriot.com
1
THE PENTAGON WANTS THIS INFORMATION TO GO VIRAL
wikipedia states:
The Burning of Washington in 1814 was an armed conflict during the War of
1812 between the United Kingdom of Great Britain and Ireland and the United States of America.

On August 24, 1814, led by General Robert Ross, a British force occupied
Washington, D.C. and set fire to manypublic buildings following the American defeat at the Battle of Bladensburg.

The facilities of the U.S. government, including the White House and U.S.
Capitol, were largely destroyed.[3] The British commander’s orders to
burn only public buildings and strict British discipline among its troops are
credited with preserving the city’s private buildings.
This was the only time since the Revolutionary War that a foreign power
captured and occupied the United States capital.[4]
Background information Many have already heard of the abnormally large number of arrests and resignations of officials in banking, moneyfunds, investment houses, insurance companies, and governments throughout
the world that have taken place since September 2011.
What Americans have not known is that a huge operation is about to take
place in the United States. In order to comprehend why we have heard nothing of this event, we must understand that the major newspaper and television media is very tightly controlled by the dark cabal or Illuminati. It is the Illuminati who intend to establish the New World Order by killing off huge segments of the planet’s population and enslaving the rest.

The Pentagon wants this information to go viral Maine Republic Email Alert
“. . . if the trumpet give an uncertain sound, who shall prepare himself for battle?” — I Corinthians 14:8 — “. . . that I should bear witness unto the truth.” — John 18:33 // David E. Robinson, Publisher No.146
07/04/12
These are the persons who will bearrested and removed to a location where
they can perpetuate no more harm, and for their protection before being brought to trial Before you stop reading and refuse to take 3 hours of your time to listen to the audio listed below, you need to consider: Do I want to know what is about to happen? Do I as a parent, minister,news reporter, teacher, or citizen want to remain ignorant of what is ready to take place that will impact every phase of my life and that of my family and community?
Much preparation is and has taken place behind the scenes to prepare for
the forthcoming mass arrests of top officials of corporations and  government. As you will hear on the audio, the Pentagon had already drawn up The Plan for such an event by around 1979. The legal preparation is in place. Extremely detailed planning has the goal of disrupting the general public and the activities that make up our lives as little as possible. However there will be a few days—hopefully not weeks—in which services may be disrupted. During the actual mass arrests, a period of up to 72 hours (3 days) will involve the closing of our borders and the shutting off of satellites. This will be required to prevent escape of those to be arrested.
This is the period for which we need to be prepared. We will be given 24 hours notice in advance. In order to prepare the American people, the Pentagon recently asked a former Vietnam veteran who has been involved in the legal preparations to go on the radio and internet and explain what is about to happen. This veteran is going by the name of ‘Drake’.

The below YouTube is an interview of Drake by David Wilcock, who also has high level insider information. In the interview, Drake will explain the
legal preparation done by average citizens in a majority of the states that allows this event to take place in accordance with our nation’s founding documents. This event will remove the major obstacles to a far better life for all Americans and eventually for all on the planet.

You owe it to yourself, your family, and to those to whom you minister to listen carefully to all three hours of valuable information. People who have no idea what has really been going on in America will be shocked and angry to hear all that has been done to them. As many of us as possible can greatly alleviate this shock by letting them know of this event and that the end result will be a much better world for all.
The Pentagon is also asking that all of us help to publicize the information we hear on this audio. Public panic will prolong the procedure and violence of any kind will do the same. We the people need to be in the know and to peacefully assist in any way we can—spreading the word being a major avenue of assistance. The goal is that this event is peaceful, with no violence.
Please send the URL below to all you know and to your local media. Ministers, you have access to large numbers of people. We are speaking of the resurrection of our nation. I beg of you to listen and help prepare your congregations.

ADDITIONAL INFORMATION
http://www.divinecosmos.com/ – David Wilcock’s website – here you may
find a series of very important and explosive articles mentioned in the
interview. These articles offer you an excellent background for what is about to happen.
Maine Republic Free State News, 3 Linnell Circle, Brunswick, Maine 04011
http://maine-patriot.com
2
http://www.freedomreigns.us/ — Drake’s website

The Original 13th Amendment Mentioned in the interview
“If any citizen of the United States shall accept, claim, receive, or retain any
title of nobility or honour, or shall without the consent of Congress, accept and retain any present, pension. office, or emolument of any kind whatever, from any emperor, king, prince, or foreign power, such person shall cease to be a citizen of the United States, and shall be incapable of holding any office of trust or profit under them, or either of them.”

Quoted from the Senate Journal via The TONA Research Committe:
http://www.amendment-13.org/ The Corporation of the USA is also
mentioned in the interview.

A Year in Review
Today marked one year that we have been bringing updates on the progress of our collective efforts as we re-inhabit the Republic. A look back to a look forward. END_OF_DOCUMENT_TOKEN_TO_BE_REPLACED

Eurozone announcements are often as amusing as attempts to herd cats on horseback.

Comments Off on Mish/ Mike Shedlock – Hollande And Merkel Want A “Super Mr. Euro” Position; I Nominate Max Keiser For The Job – 6 July 2012

Finland Could Leave The Eurozone Rather Than Pay Other Nations’ Debts, Says Jutta Urpilainen – 6 July 2012

Posted on July 6, 2012 by lucas2012infos | Comments Off on Finland Could Leave The Eurozone Rather Than Pay Other Nations’ Debts, Says Jutta Urpilainen – 6 July 2012

Finland would consider leaving the eurozone rather than paying the debts of other countries in the currency bloc, Finnish Finance Minister Jutta Urpilainen has said.

“Finland is committed to being a member of the eurozone, and we think that the euro is useful for Finland,” Ms Urpilainen told financial daily Kauppalehti, adding though that “Finland will not hang itself to the euro at any cost and we are prepared for all scenarios”. END_OF_DOCUMENT_TOKEN_TO_BE_REPLACED

Comments Off on Finland Could Leave The Eurozone Rather Than Pay Other Nations’ Debts, Says Jutta Urpilainen – 6 July 2012

Uploaded on 26 June 2012 by James Bouder.(Thanks Andrea for again pointing this out!)

Comments Off on The Most Honest Three And A Half Minutes Of Television, EVER…. – 6 July 2012

Tagged 2012, 6 July, Disclosure, Earth, spiritual, Spiritual evolution, The Most Honest Three And A Half Minutes Of Television EVER...., video, World, YouTube 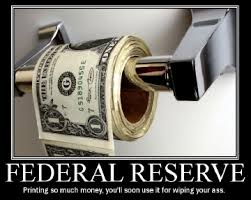 (google translator)
By: WSI Published July 6 2012
A direct consequence of the decision of the Central Bank to cut deposit rates to zero. The order left New York, regards capital invested in euro. All the details. END_OF_DOCUMENT_TOKEN_TO_BE_REPLACED

Spain’s Bob Diamond is Rodrigo Rato. The difference is, Rato is heading for jail

Spain’s anti-bank majority is celebrating a major victory after the country’s high court opened a criminal investigation into Rodrigo Rato, the former head of Spain’s biggest mortgage lender, Bankia. Rato, once a big wheel within the IMF, has been given a court date to face criminal fraud accusations relating to the downfall of Bankia, the banking giant at the epicentre of Spain’s economic disaster. END_OF_DOCUMENT_TOKEN_TO_BE_REPLACED

(Lucas : As I have been blocked for a couple of hours posting on the internet after posting a very truthful video about Corporate USA.  I am a bit behind with my posting but what the heck now we know what we are doing it for.)

All of us are exposed and subjected to the World of Forces, existing within a constant interaction between a multitude of energies, forces, and entities, which further impact an action and reaction in every area of our lives. There are no coincidences and nothing is random. Every manifestation or event has had an effect which proceeds directly from a cause. There are natural laws in the mechanics of creation which govern these many forces, some of which current science has identified. END_OF_DOCUMENT_TOKEN_TO_BE_REPLACED