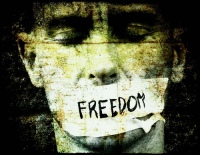 Australian health authorities have launched an attack on radio host Leon Pittard after a guest on his Fairdinkum Radio Show revealed the extent to which authorities are restricting free speech when it comes to discussing natural medicines.

The story began when Mr. Pittard posted an article and a podcast entitled “Australian government’s attack on health freedom,” which featured an interview between the radio host and Meryl Dorey of the Australian Vaccination Network.

During the interview, Ms Dorey referred to ‘Black Salve’, a product that is banned by the Theraputic Goods Administration. Her exact words were:

As a result of that experience she found a treatment that’s been used for at least 2000 years called black salve. And it’s a combination of herbs and minerals that is applied topically to cancer and it’s called nature’s scalpel. Now I’ve used it myself on a cancer that I had on my shoulder. I’ve got to tell you, it is like a scalpel, it cut it out in a perfect circle. And it got rid of it completely. So, the Australian government several years ago banned the use of black salve on humans and you could only buy it for animals. As of a couple of weeks ago you’re not even allowed to sell it for animal use. Original interview transcript

It is this small paragraph that has come under fire from the Therapeutic Goods Administration via their Complaints Resolution Panel, who have claimed to have received a complaint of 14 pages detailing regulation that has allegedly been broken.

The claim in the letter of complaint is that Meryl Dorey has advertised and promoted ‘Black Salve,’ a banned substance, and Leon Pittard has further promoted and advertised ‘Black Salve’ by publishing the interview. The letter from the complainant is clearly a carefully crafted document containing exhaustive legal language.

The response from radio host Leon Pittard was as follows:

See, this is incredible because what this is opening up, this is the thin edge of the wedge of total surveillance of all information sharing to… by government bureaucracies to oversee every piece of information that the public receives. And therefore even any information sharing website, and let’s take the subject of fluoride, that may be opposite to public policy, will be subject to litigation or court action even though you may not be selling fluoride – it’s the government selling fluoride – but you’re the person that is sharing the other side of the story. Therefore you will be subject to litigation because it is against what the public system has already incorporated. Original interview transcript

There are four aspects to this case that need to be addressed:

It is a principle of Common Law which has its roots in Biblical Law; That no man can be tried for a crime without an accuser, and that an accused person has a right to a trial by a jury of his peers, and that a man has a presumption of innocence until proven guilty.

In this case the ‘Complainant’ has requested to be ‘anonymous’? So who is this complainant? Is he merely acting as an operative for the department? Is he the department? Certainly the accused would not know. So this is how it works.

Notice is given, and the accused must respond to prove he is not guilty? “You should provide a response to each allegation.” In other words the accused has been deemed guilty first. Guilty until proven innocent, the opposite of common law.

The dictionary definition is:

1. the act or practice of calling public attention to one’s product, service, need, etc., especially by paid announcements in newspapers and magazines, over radio or television, on billboards, etc.: to get more customers by advertising. 2. paid announcements; advertisements.

The reality of this case is that there is no advertising or any intention of advertising of any product on Fairdinkum Radio. The only product that Fairdinkum Radio consistently advertises is Individuality, Freedom and Truth. And in the interest of these principles, this radio site hosts public discussion and commentary about where these issues are directly affected. And we make no apology and will continue to advertise Individuality, Freedom and Truth which includes discussion of government corruption, treason, intimidation and attempted censorship.

Apparently so, but I would suggest only according to the TGA. This raises serious questions about what is free speech and does it exist. Lets look at another example.

Comfrey is an herb that is partially banned for therapeutic use in Australia. Yet I have in my possession a book by Jethro Kloss written in 1939, where he states: “Powerful remedy in coughs, catarrh, ulcerated or inflammation of the lungs, consumption, haemorrhage…the best remedy for bloody urine.” Back to Eden p235.

Under the current TGA premise it is using, it is not possible to discuss this ‘product’ being a herb, being used for therapeutic use as it would be judged as ‘promoting’ its use. Secondly it is not possible to discuss the book as this would be: ‘advertising’ the book, because we have talked about it in conversation. And thirdly a person could not talk about the benefits of the herb because this would be advertising the banned substance and the book that promotes it.

Lets take another example of heroin. Heroin is a banned substance, yet it is acceptable to talk about it publicly; it is acceptable to hear testimony from a user that may believe it has benefited him. (Even if in the majority of the people’s minds he is wrong) In fact there are ‘heroin injecting clinics’ totally supported and sponsored by government, and debate is allowable with discussion is encouraged.

The question really comes to this. Can we as Australians discuss and openly disagree with a government decision on anything? Can we advocate the opposite position of government by using personal testimony as evidence? Can we discuss or advocate without fear of penalty?

At the end of the interview a disclaimer was given, which reads:

Ladies and Gentlemen, a return to good health is what we need, eating good quality foods and removing ourselves as much as we can from the chemical assaults that we are under today. And I encourage you all to investigate the other side of the story with vaccinations. Go to the Australian Vaccination Network website. I encourage you all not to vaccinate until you do the research and if you choose to vaccinate after you do the research that’s your privilege, but we encourage you to do the research, read and investigate, and look at the statistics. Meryl, it’s been great speaking with you again. Is there anything you’d like to add in closing?Summary:
The TGA process allows an anonymous accuser to declare the verdict to the department. It would seem that the anonymous accuser is in collusion with the department, and especially if this anonymous accuser is proved to be a former accuser whose accusation has been defeated in the past but is continuing to harass through the use of a government body.

There is no advertising present. There is no intention to advertise. There is no benefit or financial transfer of money, goods or anything between Fairdinkum Radio and the Australian Vaccination Network. Advertising is the legal tool being used in an attempt to intimidate both parties. It seems, that the real reason behind the action is an attempt to censor both parties – hiding in plain view – an attack on free speech.

Can an Australian citizen discuss openly a banned substance? Can an Australian citizen discuss openly the benefits of a banned substance? Can we as Australians discuss and openly disagree with a Government decision on anything? Can we advocate the opposite position of government by using personal testimony as evidence? Can we discuss or advocate anything without fear of penalty?

There have been many recent cases of attempts by government and their associated organs of state to intimidate and silence both critics, commentators and whistleblowers. No where has this been more obvious than in the Climate Change debate, where Fairdinkum Radio has been an active participant in the sharing of information against government policy. See ‘A changing Australia’ article.

Fairdinkum Radio has been openly discussing and documenting the aims of Social Engineers for a Technocracy: The centralisation, control and allocation of all resources, all health, all education, all economy, and every aspect of life. Every aspect of life is to be certified, registered, taxed and controlled, and this goal is already well realised. This control is to be monitored by the ‘Thought Police’ through their informants. The ‘Thought Police’ will regulate what you can or cannot say. If you do not obey you will be penalised.

This is what this case is about: In the book 1984, George Orwell foresaw a Totalitarian society where people lived in fear of the ‘Thought Police’. Everything they said was monitored and controlled. This is 1984 in 2012!

This Global Management Plan is already well advanced, with the UN openly calling for World Government as the answer to the world’s problems. Governments worldwide are economically disarming their countries in order for world banking interests to step in and implement ‘austerity’ to save their economies. The Carbon Tax just one small part of the overall plan, it is not a conspiracy, it is fact, it is now law.

All outspoken critics of government policy have been the target of legal intimidation and threat. With Members of Parliament, Scientists, Professors, Academics and Journalists openly advocating that critics be silenced through penalties dished out by new media authorities specifically set up to keep watch on all communication, even the blog network.

Some recent examples are:

Clive Hamilton: “….including the canvassing of ‘emergency’ responses including the suspension of democratic processes.”

Richard Glover. SMH. 6.6.11. The Dangers of Bone Headed Beliefs. “Surely it’s time for climate-change deniers to have their opinions forcibly tattooed on their bodies. Not necessarily on the forehead; I’m a reasonable man. Just something along their arm or across their chest so their grandchildren could say, ‘Really? You were one of the ones who tried to stop the world doing something? And why exactly was that, granddad?'”

Jill Singer. Herald Sun 22.6.11 “Really? I’m prepared to keep an open mind and propose another stunt for climate sceptics – put your strong views to the test by exposing yourselves to high concentrations of either carbon dioxide or some other colourless, odourless gas – say, carbon monoxide. You wouldn’t see or smell anything. Nor would your anti-science nonsense be heard of again. How very refreshing.”

These examples along with numerous calls for control of media are evidence that the control agenda is being ramped up.

This case will help answer what free speech we have left in Australia in 2012.