Tunisia’s former president Zine el-Abidine Ben Ali, seen here in 2009, is ready to hand over his Swiss-held financial “assets” to the Tunisian state, his Lebanese lawyer said on Monday. Ben Ali was toppled by a popular revolt in 2011.

AFP – Tunisia’s former president Zine el-Abidine Ben Ali, toppled by a popular revolt in 2011, is ready to hand over his Swiss-held financial “assets” to the Tunisian state, his Lebanese lawyer said on Monday.

“My client is ready to hand over all his alleged assets and economic resources held in Switzerland to the Tunisian state,” lawyer Akram Azoury said in a statement. 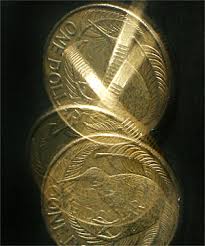 “Experience life in all possible ways — good-bad, bitter-sweet, dark-light, summer-winter. Experience all the dualities. Don’t be afraid of experience, because the more experience you have, the more mature you become.” ~Osho

Life is a cosmic mystery.  We are constantly thrown from one experience to the next.  One moment we are feeling high, then low, happy then sad, clear then confused.  The polarities that we experience create a divine challenge which is meant to make us dig deeper inside for the real answer.  The real answers in life are those that transcend all questions and bring you directly home to the heart and soul of your very being.  This open minded enlightened approach to life is what I refer to as the discovery of the “third side of the coin”. END_OF_DOCUMENT_TOKEN_TO_BE_REPLACED

(Lucas : The UAE are near the water of Iran and therefore a nice excuse to say or implicate or insinuate a possible false flag attack by Iran.  I warn ahead before it may be coming up.)

A Navy replenishment ship on Monday fired its machine gun at an inbound boat considered a threat near Jebel Ali in the United Arab Emirates, Navy officials said. END_OF_DOCUMENT_TOKEN_TO_BE_REPLACED

A major offensive has been carried out by the forces of light operating on the front lines in an attempt to eradicate the stronghold of the criminal cabal here in your world. A frontal assault has been carried out, taking into custody many hundreds of members of the criminal cabal and some of their underlings here in cities such as Atlanta Georgia, Pittsburgh Pennsylvania, Harrisburg Pennsylvania, Dayton Ohio, Bloomington Minnesota, Aspen Colorado, Peoria Illinois, Sacramento California and within the state of Delaware.  These cabal agents put up a hostile fight in some of these locations. Casualties were experienced on both sides of this struggle. We, the Galactic Federation of Light, monitored all of these situations and we were able to repel an attempt by rogue military forces that attempted to interfere, at least on some level, with one or more of these proceedings. We initiated light technologies and defenses and stopped their forward momentum and blacked out their communications to, and through, their satellites to cabal leaders and other rogue military units. END_OF_DOCUMENT_TOKEN_TO_BE_REPLACED

Posted on July 16, 2012 by lucas2012infos | Comments Off on SolarIMG – Storm Subsided – 16 July 2012
Crazy aurora were visible over the weekend. Check the magnetospheric compression, the magnetopause standoff distance dropped below the GOES orbits for quite a while! The foF2 is interesting!

END_OF_DOCUMENT_TOKEN_TO_BE_REPLACED

Fear and the vibrations that continually feed fear have been significant factors in holding the collective of humanity back in your growth and in your finding of the higher realms in the ways you have all been wishing to. As individuals feed fear and the energies that accompany fear in their various different forms and facets, so is the collective held back exponentially in the finding of the energies and heart sets that fear thoroughly enjoys tearing down in oneself. END_OF_DOCUMENT_TOKEN_TO_BE_REPLACED

Beloved light beings upon the Earth I send to you my blessings and greetings of love as I surround you in my truth and the vibration of my soul. I am Lord Melchizedek, overseer of the Universal level of the Creator’s universe. My purpose of connecting with you today is to share some insights and practices which are available to assist your spiritual evolution and ascension on the Earth. Within the Universal levels of the Creator’s Universe represented by a golden colour of light there are many masters and angelic beings that can be of assistance to you that you may call upon to assist you in any way that you feel is appropriate. Simply hold the thought of connecting with a guide from the universal level and how you wish for them to help you. Then sit in meditation to receive and manifest their energy, wisdom and assistance into your reality. END_OF_DOCUMENT_TOKEN_TO_BE_REPLACED

The slavery of employment.
Each of us has a routine in life described in many ways.
That idea of a ‘ball and chain’ gives meaning in this song.
To those who have stepped outside the routine, many are forced to return.

END_OF_DOCUMENT_TOKEN_TO_BE_REPLACED

According to the latest survey from the National Association for Business Economics (NABE) hiring over the next six months looks grim.