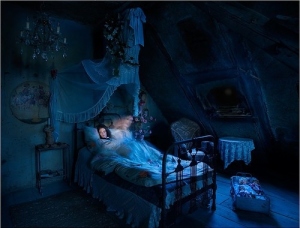 I suppose for everyone, what matters most to them is personal to them. To me it is honesty and truth. Because of this belief it has been extremely difficult residing on planet earth at this time drowning in lies and dishonesty.

Trying to live in this world right now is like trying to live in a world where cat fur is being rubbed backwards or fingernails are scraping down a chalkboard. It definitely goes against the grain. I think this is why I woke up as soon as I did, I could FEEL things were just not right! Had I not been aware of myself so intimately, to know that truth and honesty were such important facets of my make up, I may never have realized something in the world was so wrong. Somewhere along the line we were steered away from taking the time to know ourselves. To know oneself gave oneself strength and direction and in the dark world such a person was not so easily manipulated & controlled. If we remained in the dark about who we were and what we wanted we were weakened and became insecure and soon after allowed ourselves to become dependent on the dark ones. Don’t question was the mantra, just follow and do as you are told and you will get ahead in the world. That message was drilled in from early on.

So how do you recognize truth you ask. By feeling with your gut the world around you. So many got led down the path of lies because they just accepted everything on the surface, did not question and most importantly did not listen to their guts. We were steered away from this ability to discern as well. “Believe us” was the next mantra to put us to sleep. How many bold face lying politicians have we seen parade themselves out before the world selling their snake oil so they could further their agenda? Do not question, just accept we were told, and if we all began to question just a little bit too much, the fear card was pulled out to shut us up. Our gut feelings and reactions to things are critical to self survival.

Truth is just something you can feel in your bones. It helps of course to be able to look someone in the eyes, but if eyes are not available the gut is always there! Unfortunately we have been lied to for so long now we begin to doubt our abilities to discern the truth. We should all take a body language course to help us get back in touch with the truth, especially in regards to the political world. Lie is the name of the game in Washington. My premise is they are lying until they can prove otherwise. Sad to think this way but they put themselves in this position. We must start reconnecting with our guts and how they make us feel.

It is a virtual mine field of lies out there right now. The dark ones are lying from all directions in their desperate bid to hold onto their control of the world. They will do or say anything in their quest for dominance. We must be on our toes and feeling with our guts. There are so many out there on the internet vying for our allegiance, spinning their tales with the proper buzz words to capture the light workers attention, building up false hopes and keeping us focused on anything but the truth. The truth is inside us! The answers are within and we must listen to ourselves and stop looking outside to what is being offered.

Honesty should be the foundation of our new world. It is essential  for staying in the flow of life. Imagine a world where you never had to wonder or question if what you are being told is the truth! How wonderful that would be. If one is living with integrity, honesty is a natural part of being. There is great pride and self worth one feels living in honesty and integrity. It is a trait of living and thinking from your heart. It is the right way to be. So let us stay true to ourselves, stay in our hearts, live with integrity and stop listening to what others tell us and listen to ourselves. We are who we have been waiting for as the elders have said. Rekindle your ability to hear your gut when it speaks, pay attention!

Blessings to you all,

Like Loading...
This entry was posted in Article, Links, reblog and tagged 2012, 4 August, Disclosure, Earth, news, spiritual, Spiritual evolution, Visionkeeper, We Must Awaken To Truth, World. Bookmark the permalink.