Posted on August 7, 2012 by lucas2012infos | Comments Off on Lisa Gawlas – The ReBooting Of Our Energy Consciousness Field Already Underway! – 7 August 2012 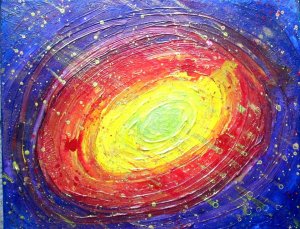 I wonder if there is ever going to come a day where the day before doesn’t even weirder than the day before that!  Now Granted for over 8 months I have been seeing and feeling August’s energy very much like a gel-like energy, thick and mutable.  I suppose, I really hoped to emerge into August just knowing how to move around in the new energy and use it!  Yeah right!

What it actually feels like instead, is the universe has first dibs in using it as a large message board back to us and it comes equipped with its own eraser (which means, we do to!)

I was so excited yesterday to go outside and sit in front of that vividly clear image in the dirt bank but as the morning progressed with a very gentle rain falling down, the rain erased the face in the dirt.  By 10am, that face was a memory of clarity.  But that is not all the rain seemed to erase, my “connectedness” was gone too.

My first reading was at 8am and I had already been feeling the weirdness in my consciousness.  The feeling was like nothing I had felt before and truthfully, I don’t even have a way of describing what I mean.

I could barely access my “antenna” and when I did it displayed nothing at all.  A big dark gray screen… period.  Which alone is odd, because when I am in the “void” I can at least see what is actually there.  Like I have said before, you literally unfold in my back yard.  If I am in the “void” I an at least see the back yard (my eyeballs still work.)  Not yesterday tho.  There was nothing at all.

Same thing happened for my 10am appointment.

By the end of the day yesterday, the face in the dirt was completely gone, and let me tell you, I felt the same way about some part of me inside too.  Gone, just gone!

A part of me feels grateful that my landlady seen that it had faded into a fond memory when she came to give me the mail yesterday, because today, it is back and clearer than the day before!  How the hell does that happen! lol

As I awake this morning with no real desire to get out of bed, I had to wonder to myself… where am I today?  I am not feeling the sure footing in August like I had hoped would be there!  Instead, it is very much like trudging thru gel or maybe mud, either one is thick and slow to move/walk thru.

As I went potty this morning (what is it about getting such clear messages on the toilet??) I heard Archangel Michael clearly say “you have been reset to zero.”  What the hell does that mean?

I suppose I didn’t sit in place long enough to get the rest of the message… at least, not til I went back to make room for more coffee!

It was explained to me that you and I, being linear oriented, look at a dateline, an event that happens on a date or in the breadth of the month as taking place on that date.  Not so.

For those with their energetic bodies prepared, the Lions Gate of 8:8 was already released unto them.  For those still working to clear and open, that energetic gateway may not open (fully and completely) to them for a month, a year, another lifetime.  However, there will be a multi-collective opening on our dateline of August 8th (tomorrow) and each will receive the energy of it in their own way.

If I haven’t completely confused you with this non-linear release of energy, let me throw this added info to you as I am receiving it.

Again, we have talked about this so much in the last several months, but man, I am starting to understand the broader stroke of it today.

Synergy, in what we are talking about today, includes the environment you live within, the people you live with and/or connect to on a regular basis and all (should) vibrate at comparable frequencies that when combined together changes the greater whole of all parts.

From what Archanel Michael is saying right now, in relationship to the full on energy of the 8:8 gateway, the energy was released to me via the open portal that is the Mesa Cliff at the end of July, but due to the fact I had a house guest during that time, changing the energetic field of here, the codes parked themselves on the field until it (the synergy of life here) was restored back to the balance of synergy to fully receive this energy.

Let me explain… I had a very wonderful lady here from the 24th of July thru the 4th of August.  God knows she needed a break from her life to get some clarity within herself, to really find herself beyond the chaos and negativity that she lives within daily.  I invited her there to do just that.   And let me tell you, she did just that!  She worked her butt off!

But anytime you have someone in the midst of deep inner healing within your space, it changes the energetic space around you.  (I suddenly realize with a clarity I never had before, about why it is time for many of us to stop focusing on “healing” work and concentrate on “increasing vibrations” work.)

So with all that said, the codes that were released the end of July for this land as well as for me had to be kept at bay until the frequency was at a consistent point again to receive this new energy.

Please take all of this as exciting, because it is!!  I feel like my friend had given me one of the greatest gifts of clarity and understanding by her presence here.

Again, many times over the last several months, spirit had said over and over, there are those who need to be healers because they are still going thru their healing journey within themselves.  There are those who must set them selves up as frequency accelerators for others, because that is the growth stage they are in.  Doing what you have always done often times, keeps you from fully moving forward… which, universally, is just fine, but true growth in this game and all that goes with that, must move forward.

So, when I dropped my friend off at the airport and came back home on the 4th, I went outside and just took a deep breath in (cannot even tell you why I did that) and I felt it!  It felt like heaven coming into my body.  Fresh, alive, full.

Never in a million years would I have thought for a second it was the new energy of the 8:8 timeline I just breathed in.  But it was.  Hence all the craziness from that day forward!

Yesterday, was a complete reboot of the energetic, not only within me, but the entire landscape here.  We are all One energy field now.  That face in the dirt is my visual marker of this brand new, intense times we are living within.  He had shown us (me) that we were rebooted, which makes everything appear offline and gone.

Can I just say too… I am so looking forward to the upgrade of my Maju Stone as well!!  It too, has gone thru this reboot!

I also want to mention (quickly) how important ever aspect of this journey is.  I can almost see all of this continual transition like maybe a job.  You first start out as a worker, then get promoted to shift manager, then to manager, then to branch manager and so on.  What I feel today is all facilities and experience levels will link up to each other to serve the greater All in every aspect of this process!!

But now we are back and clearer than ever.  With more responsibility than ever.

Well, I just hope that means I can read today!!  (smile)  And serve to revv up all of our engines in the process!!