Your oppressors are failing to find a solution to the problems facing them. Slowly they are coming to the conclusion that they do not have a choice. What we envisage is that one day you will wake up to find that they have fled off-planet. That is when all the dark technology can be dismantled. It will be replaced with technology that will excite and amaze you. Be understanding; it is not easy for them to just walk away from all that they almost had in the palm of their hands. END_OF_DOCUMENT_TOKEN_TO_BE_REPLACED

In recognizing all the things going on in channelings, radio shows and articles in people wanting to play out their own powers, their own truths and forcing theirs opinions through and even degrade others to not being from the light and being  dark, that love still is not fully in the hearts accepted and activated. END_OF_DOCUMENT_TOKEN_TO_BE_REPLACED

Ute Possega-Rudel – Messages From The Realms Of Light – The Arcturians – Aspire What You Never Dared To Dream Of! – 19 August 2012

We are the Arcturians!

Dear Ones!
Times are accelerating and  your growth with them! But be aware where you turn your attention to and in which direction you want to evolve and grow!
It is clear that you must practice discrimination! Although the incoming energies are strong and the light is coming from high, you still must determine for yourself in which direction you want to go! END_OF_DOCUMENT_TOKEN_TO_BE_REPLACED 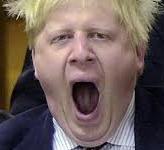 Julian Assange, Newscorp and Standard & Chartered were all dismissed too quickly by the Government. It shows no signs of learning from such mistake.

People have often asked me in the past why the ‘powers that be’ are so keen to stitch up Julian Assange. And stitch him up they have – be in no doubt about that. I have posted many times before about my sincere belief that Assange is a disturbed and controlling megalomaniac, but there can be no doubt that his invention of Wikileaks was an act of genius that has evoked a massive Establishment backlash. END_OF_DOCUMENT_TOKEN_TO_BE_REPLACED

The acceleration of time is speeding up and the warmth of the summer is quickly moving forward into the fall season. Being out in nature each day is bringing healing, grounding and the feeling of quiet joy and peace within. The energy influxes are more powerful than before and bring the need for more sleep as these come in and are integrated. Every Human on Earth is receiving these energies and much cleansing of the larger population is at hand. There is a focus on the resolution of long standing issues between different members of families, communities and all institutions that make up your daily life. All issues that must be resolved and released are coming up for review. END_OF_DOCUMENT_TOKEN_TO_BE_REPLACED

WikiLeaks founder Julian Assange has appeared in public for the first time since he took refuge inside Ecuador’s embassy in London two months ago, addressing supporters from a balcony.

Assange, who sought shelter inside the nation’s mission on June 19, was on Thursday granted asylum by Ecuador as he seeks to avoid extradition to Sweden, where he is wanted for questioning over sexual misconduct allegations. END_OF_DOCUMENT_TOKEN_TO_BE_REPLACED

(Lucas : Discern yourselves:  Not everything you hear, see, read is what is  seems to be, it might not  be your truth or a distorted truth or the only truth or even a blatant lie. You have to decide what is your truth yourselves.)

“Why in the World are They Spraying?” Full Length Documentary HD – 19 August 2012

Comments Off on “Why in the World are They Spraying?” Full Length Documentary HD – 19 August 2012

If a pleasing or exceedingly balanced form is achieved in terms of elements of application or function, then we may look for a function of the Golden Number there … The Golden Number is a product not of mathematical imagination, but of a natural principle related to the laws of equilibrium. END_OF_DOCUMENT_TOKEN_TO_BE_REPLACED