Instead of mass foreclosures and bankruptcies, southern Europe would do well to follow Iceland’s example

Iceland was hit by a perfect financial storm in October 2008.

As recession deepens across southern Europe, stories abound of indebted firms and households being forced to hand over ownership of their assets to their creditors.

For example, a recent report in Der Spiegel tells of a Spanish bank that evicted from his home a now unemployed man, previously earning less than €1,000 a month. The bank had happily lent him €240,000. END_OF_DOCUMENT_TOKEN_TO_BE_REPLACED

Every day I get links from Spain, Italy, Germany, and Australia. The first three frequently cause problems. Translation from German is particularly difficult.

A cyberspace friend, “EM” writes Google has a tough time with much in this one – title boils down roughly to “Draghi holds Bundesbank President Weidmann Up To Ridicule”. END_OF_DOCUMENT_TOKEN_TO_BE_REPLACED

(Lucas : How incompetent police, 6 officers strong, have to shoot 1 disturbed person  with a knife 46 times! It is a line of incidents of police brutality, unnessary force.  One victim that could have lived if the case was handled with care and competence. Shooting is just a last resort. Us of weapons  is  not a required action or compulsary. )

A community prayer vigil for Hall.

Again?! Milton Hall of Saginaw, Michigan died last month when police fired between 30 and 46 shots into him outside a strip mall after Hall argued with a store clerk. He was carrying a small knife. He was black, poor, and mentally ill. He was known to police, having been jailed for minor offenses like vagrancy, but was not violent and everyone in the community evidently knew that. The Justice Department is investigating. Video from a bystander. Warning: graphic. Again.

“It appeared to be a firing squad dressed in police uniforms,” said his mother Jewel Hall. “There was another way. They did not have to kill him. He had not done anything.”

Video to see at below link:  ac-pkg-carroll-man-shot-by-police-in-saginaw-michigan.cnn

Fish recently caught off the shores of Fukushima have shown the highest level of radioactive caesium detected in fish and shellfish caught in Japan since the Fukushima nuclear power plant disaster last year.

The fish were caught 12.5 miles off the plant on August 1 and registered 25,800 becquerels of caesium per kilo, Tokyo Electric Power Co. (TEPCO) said. END_OF_DOCUMENT_TOKEN_TO_BE_REPLACED

If you have spent any time listening to Hate TV and Hate Radio lately (and given Hate TV/Radio’s monopolization of the airwaves, who hasn’t?), you have heard Messrs. Limbaugh, Hannity, Beck et al. rant and rave about President Obama’s partial implementation of the Dream Act by executive action. Specifically, President Obama has decided that he will not deport law-abiding young men and women who grew up in the United States, who would qualify for a path to citizenship under the Dream Act. END_OF_DOCUMENT_TOKEN_TO_BE_REPLACED

Lisa Gawlas – The Radical Change Of August And The New Clothes Of Life! What Have You Changed? – 21 August 2012 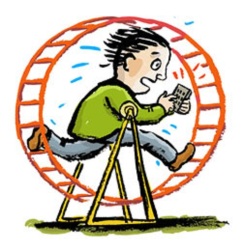 Ya know, it’s funny.  I have looked forward to seeing and feeling what the depth of August really means to us since last year.  Since the first time I had seen a gel like energy so intensely radiating a new vibrant color of red energy, the depths of which, I had never seen before in all my years of seeing the potential energy of upcoming months.  Even while playing within the first two weeks of August it was really hard (for me) to get the full breadth of what August really was, what August IS.  What makes it so incredibly different. END_OF_DOCUMENT_TOKEN_TO_BE_REPLACED

Comments Off on Lisa Gawlas – The Radical Change Of August And The New Clothes Of Life! What Have You Changed? – 21 August 2012

Tagged 2012, 21 August, Disclosure, Earth, Lisa Gawlas, news, spiritual, Spiritual evolution, The Radical Change Of August And The New Clothes Of Life! What Have You Changed?, World

Uploaded on 20 August 2012 by dutchsinse END_OF_DOCUMENT_TOKEN_TO_BE_REPLACED

Infinite Waters – How to Deal With People that Judge You – Stop Worrying: Start Living…Letting Go! – 21 August 2012

Comments Off on Infinite Waters – How to Deal With People that Judge You – Stop Worrying: Start Living…Letting Go! – 21 August 2012

Posted on August 21, 2012 by lucas2012infos | Comments Off on Germany: Facebook Must Destroy Facial Recognition Database – 21 August 2012

German data protection officials today accused Facebook of “illegally compiling a vast photo database of users without their consent” and demanded that the social network destroy its archive of files based on facial recognition technology, the New York Times reported.

Facebook says that it uses face recognition software to match users’ photos to others and suggest friends to tag in those photos. A user can prevent friends from seeing tag suggestions when they upload photos that look like that user. But this requires opting out through Facebook privacy settings, which Germany notes is a violation of European law.

To read the rest of this story, visit arstechnica.com. Thanks Rain!