Uploaded on 28 August 2012 by xxxdonutzxxx

Posted on August 28, 2012 by lucas2012infos | Comments Off on Chemtrails and Chembombs Cause Hurricane Isaac To Change Course – 28 August 2012

Uploaded on 25 August 2012 by Harold Saive (Lucas : Another dot you can be adding to the possible scenario’s, maybe you see now too many things are not  adding up anymore or you do not see it. Whatever! You always decide in the end what is your truth!) END_OF_DOCUMENT_TOKEN_TO_BE_REPLACED

A shortwave that peaked in six hours has just struck Southern Louisiana. This comes around the same time the swarm of quakes started in Southern California as well.

This is the strongest shortwave reading ever in this project, a solid 10.0 over Southern Louisiana.
END_OF_DOCUMENT_TOKEN_TO_BE_REPLACED

Comments Off on Haarp Status Real-Time Network – Is This Coincidence? – Is Isaac HAARP made? – 28 August 2012 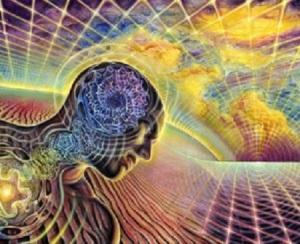 To keep in the exciting and giggly theme of Sundays sharing, a friend and I went to take in the movie Magic Mike, a movie about male strippers recommended by a lovely soul in my morning meditation class!  The 20-30 year old within was front and center thru the whole movie, smiling so big, bringing up so many memories of going to male reviews.  My friend had also told me that Southern California was going thru a massive sworm of earthquakes.  I suppose it was the earthquakes I took to sleep within me instead of the beautiful Matthew McConaughey (dammit) because I woke up a dream experience that stayed with me all morning. END_OF_DOCUMENT_TOKEN_TO_BE_REPLACED

Comments Off on Lisa Gawlas – The Body Pains, The Life Pause, The Ascenson Within! – 28 August 2012

Here is the direct quote from Bill Gates’ grant-award machine:

July 18, 2012… An anti-vaccine surveillance and alert system: Seth Kalichman [twitter, blog] of the http://www.uconn.edu/ in the USA will establish an Internet-based global monitoring and rapid alert system for finding, analysing, and counteracting communication campaigns containing misinformation regarding vaccines to support global immunization efforts. …(via technet21.org)… TechNet21 is generously supported by the Bill and Melinda Gates Foundation, under the oversight of WHO and UNICEF. The information in this forum is provided by users, as a service… END_OF_DOCUMENT_TOKEN_TO_BE_REPLACED

Yet again, you read it here first…

In May of this year, The Slog pointed out how vulnerable some of the comparatively well-rated Russian regions are….how dependent Russia is on energy….and how exposed RBS is to Russia.

The following month, I asked if the ratings agencies really know what they’re doing in Russia given the degree of dodginess in there. And at the end of July I posted this piece asking if they knew WTF they were doing in any sovereign State anywhere on the planet. END_OF_DOCUMENT_TOKEN_TO_BE_REPLACED

Comments Off on John Ward – Wobbly Russia : Vladimir Putin Sticks The Boot Into The Regions, And The Rating Agencies – 28 August 2012

Huffington Post – Will Bunch – From Miami Beach To Tampa, 40 Years Of Fear And Loathing Democracy – 28 August 2012

The last time they held the political conventions in Florida was 1972. It was the summer that I turned 13 years old, and I was falling in love for the first time.

With politics, that is.

Forty years ago, Miami Beach — a half-day’s swamp drive across the sweltering Sunshine State from the hockey-rink home of the 2012 Republican convention — was the pulsating heart of U.S. politics. Terrified by the violence and unrest of the 1968 Democratic confab in Chicago, both parties saw the beachside city, with its gated, spread-out rococo resorts, hippie-friendly police chief and distance from the hubs of campus protest, as the last safe place in America. END_OF_DOCUMENT_TOKEN_TO_BE_REPLACED

Comments Off on Huffington Post – Will Bunch – From Miami Beach To Tampa, 40 Years Of Fear And Loathing Democracy – 28 August 2012

The boat is anchored at the shoreline as the sun begins to set. It will wait there until we are able to board and sail off towards the new world. The time is growing near, we can feel the pulse of humanity quickening at the thought of freedom at last! It is close, it has been a long time coming! Have we done our homework needed to purchase our boarding passes? We were told we must leave our ego and judgment and hatred at the gate before proceeding through. Have we been successful at discarding these unnecessary emotions that do nothing but hold us back from being who we truly are? These emotions were our learning tools that showed us what life was like when we engaged in this way of thinking. It is hoped that we have come to our senses and can now see the destructive nature of these emotions. We are being asked to find the strength now to abandon these emotions and instead embrace love and gratitude. END_OF_DOCUMENT_TOKEN_TO_BE_REPLACED

Roughly 250 protesters took part in Monday’s “March on the RNC,” a figure dramatically lower than the 5,000 people organizers said would take part in the rally. END_OF_DOCUMENT_TOKEN_TO_BE_REPLACED

Seems some German Merkel-supporters have been reading The Slog. In recent months, this site has covered US plans to isolate Greece, Russian plans to get into Cyprus, Turkish plans to steal Greek mineral deposits, and the continuing presence of special State envoys plus swathes of US engineers in and around Greek waters. To deny the existence of the Greece-Cyprus-Israel tripartite alliance has by now become akin to believing in a flat earth. END_OF_DOCUMENT_TOKEN_TO_BE_REPLACED

Comments Off on John Ward – Athens/Berlin Deal : Merkel Starts Her Retreat From The Edge – 28 August 2012