(Update 4 September 2012 Lucas:  It seems there are now again reports of arrests by an anonymous blogger that says there is one person more arrested and confirmed by 2 other people who are not mentioned and are anonymous.  It seems this way we can get all arrested but not confirmed in real with tangible evidence confirming it  and not hear say or belief me statements. I will not post arrests  if  we can not check the truth of statements or have papers or evidence that are traceable. We do not get far by make belief stories or wishful thinking. http://removingtheshackles.blogspot.ca/2012/09/drake-update-attn-arrest-of-nancy-pelosi.html)

(Lucas : I have to ask your discernment in reading the following. There is still no confirmation on things. The only thing I have heard this afternoon is that Nanci Pelosi was seen  also elsewhere and thus free. This is in conflict with what is reported here. Therefore we only can be sure if things are reported and proven without any doubt. Let me say this, it would be nice to see the important people arrested, questioned and or  interrogated and trialed. Hopefully the rest will follow also in a peaceful and orderly manner. Personally I think we have heard too often things would be going on or done and came not to fruition and some reason was called in for the delay or things not happening then. As you know I am for non-violence actions and behaviour.  I am a bit sceptic about this announcement. But you can have your opinion or your truth as you know I always say that.) END_OF_DOCUMENT_TOKEN_TO_BE_REPLACED

Posted on September 3, 2012 by lucas2012infos | Comments Off on Crys Crystaqueous – The Ascension Illusion Unmasked And The Global Consciousness Shift – Part 1 – 3 September 2012

The Ascension Illusion Unmasked And The Global Consciousness Shift

So-called human (born-man) eyes or vision can only perceive the born-man illusion world of beginnings and endings. The reason that the eyes, ears, and touch, etc, of this non-man do only sense or identify with that which is illusion, is because the human consciousness which is intimately connected with these complementary sense tools is entirely pre-programmed to know only that which is unreal. In other words, because the human consciousness is pre-established or fixed in illusion, the senses can only confirm that which this illusory consciousness believes to be true. It is never the other way around. Therefore, the problem is not so much the detecting senses, but rather, the mortal consciousness which demands that simply everything that is detected be interpreted in accordance with the so-called control center or born-man consciousness which is the same as the human mind. Hence, illusion man only sees and is that which he thinks he is. END_OF_DOCUMENT_TOKEN_TO_BE_REPLACED

The band Foster the People has a new song entitled “Pumped Up Kicks”.

This comes around the time of the “Batman Shooting” and other massacres.

What is interesting is the music sounds happy adding a subliminal twist.

Here is a peak at the lyrics: END_OF_DOCUMENT_TOKEN_TO_BE_REPLACED

John Ward – Exclusive : How The Super-Rich Scramble For 5-Star Property, And Siphon Off The Gold Output – 3 September 2012

Posted on September 3, 2012 by lucas2012infos | Comments Off on John Ward – Exclusive : How The Super-Rich Scramble For 5-Star Property, And Siphon Off The Gold Output – 3 September 2012

I read this kind of analysis four or five times already today:

‘…gold will head towards $1,700 an ounce or higher as central bank moves into purchase and production problems increase the demand for gold, analysts said…’

As we’ll see, those ‘production problems’ are not all they seem. END_OF_DOCUMENT_TOKEN_TO_BE_REPLACED

Comments Off on John Ward – Exclusive : How The Super-Rich Scramble For 5-Star Property, And Siphon Off The Gold Output – 3 September 2012

Comments Off on Hyper Report – 3 September 2012

Uploaded on 29 August 2012 by SteveRother  Channelings from 25 August 2012 Thanks to www. extraterrestrials.ning.com

Comments Off on Steve Rother And Friends – 3 September 2012

The financial war that has been raging intensely for the past several years is now down to a few factions all marred by infighting. One the one side is the fascist P2 lodge still pushing for a world fascist dictatorship.

On the other side can be seen several groups all claiming they want to do good but need to be in charge.
Several recent high-profile deaths may be related to this ongoing, but climaxing, struggle. Cardinal Carlo Maria Martini, Bishop of Milan and reported Vatican spy master, died on August 31st, during the blue moon. END_OF_DOCUMENT_TOKEN_TO_BE_REPLACED 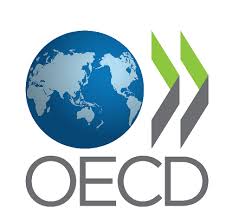 (Lucas : quit contraire of others reporting on debt-forgiveness this bond buying issue is not. It is just a buying of debt that is financed with debt money from a broke ECB that still is printing the money presses without having any value backing it. Merkel has begged China to buy bonds and therefore a bit of the debt will be  disappearing from the eye. Even so, it  is just not enough  and debt will still grow and the countries keep pumping around debt and adding debt and inflation to it.  Fantasy and fiction are often mistaken for reality. Reality is : the system is broke and  it has to be shut down and demolished. END_OF_DOCUMENT_TOKEN_TO_BE_REPLACED

Given the current state of the world today, it is clear to just about anyone that something is going to happen. But just what will happen?  I’ve been chasing down some interesting information, most of which can only be presented in theory form. The reason for this is that the mainstream media is heavily controlled, and the only way to try to get to the real information is through a variety of alternative news sources and the internet.  When gathering information in this way, it is not always packaged together in an easy-to-digest format.  I am attempting to do that now for you in this document.  In addition, there is a lot of secrecy in the world, and not much information is freely available. Some of this information is from “inside sources” who claim they can’t tell you everything. Wherever applicable, I have provided links to documentation so that you can track down these sources of information on your own to help you to form your own conclusions. END_OF_DOCUMENT_TOKEN_TO_BE_REPLACED

Tagged 2012, 3 September, Disclosure, Earth, HopeGirl2012, news, spiritual, Spiritual evolution, While You Were Asleep. The Story Of The 2012 Revolution, World

Posted on September 3, 2012 by lucas2012infos | Comments Off on Ute Possega-Rudel – Messages From The Realms Of Light – Message From The Arcturians – Step Back And Be – 3 September 2012

Dear Ones, we are the Arcturians!

It is good that you rest more! Everybody should! The incoming energies are very high and your bodies are not used to it!

There has not been such a high frequency on earth, and your collective physical consciousness is not familiar with such strong currents of electromagnetic waves. END_OF_DOCUMENT_TOKEN_TO_BE_REPLACED