This week has not ended yet and we have  seen our news speed along from the ESM treaty that now has to put up with the ordered restrictions  of the German Constitutional Court  and a green light for the bond buying scheme. The Dutch people in The Netherlands,  one of the largest payers to the EU and the ESM, now being divided after the elections between the left PVDA and right VVD at almost the same strength  and the rest of the parties to take up the shatters.  Hopefully we get a government that will hold its power base longer than 1,5 years. The extreme Neo-Liberal populist Wilders saw his power base demise to 1/3. We saw also a lot of things happening that were not mentioned in the news. END_OF_DOCUMENT_TOKEN_TO_BE_REPLACED

Posted in Article, Donations, my writings

Tagged 12 September, 2012, Disclosure, Earth, news, spiritual, Spiritual evolution, The News In Two Minutes - Who Says There Is Nothing Happening, World

Introduction To The MeshNet – 12 September 2012

Uploaded on 15 July 2012 by ArcanisLupus Please note that the IRC URL is, since creation, out of date. For an IRC go to irc.efnet.org #projectmeshnet

An animated introduction to the Meshnet, a free and open alternative to the internet currently in development in reaction to threats of internet censorship the world over. Thanks Ann and Gillian

Comments Off on Introduction To The MeshNet – 12 September 2012

(Lucas: Discern yourselve in everything you hear, see and read, it might not be your truth, or be a distorted truth and even be a blatant lie.)

Lisa Renee gives a very inspiring presentation of what we can expect in the near future.

Before you watch these videos, please read one of Lisa’s recent newsletters: 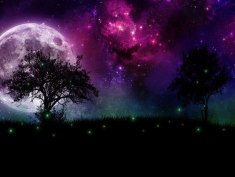 So, are you feeling things intensely and finding perhaps you are just a bit out of balance and shaky? I sure am. I know yesterday September 11th had some major issues surrounding it, but beyond that, the energy coming in to earth is powerful! I have continued to drop things all morning, tripped over rugs and just a short while ago fell down the last five steps of the stairway into a heap on the tile floor below. END_OF_DOCUMENT_TOKEN_TO_BE_REPLACED

Comments Off on Visionkeeper – Are You Feeling It? – 12 September 2012

It’s starting to happen. If this JP Morgan scandal breaks, which would be bigger than Libor, silver will go ballistic. http://www.ilovelondonontario.ca link to article

Only lawyers could deliver such a result: the ESM is legal up to €190bn, and then it isn’t. The Karlsruhe Court has come up with a sort of three months abortion pill: yes, we’re going to get pregnant, but we’re still thinking about whether we want to start a family or not.

One can picture the scene a year from now: “Ach jah, Frankreich, you get the bailout, and it comes to €3.74. Wolfie says you can have it in three tranches, but every Frenchman caught working sur le noir must be slain”. END_OF_DOCUMENT_TOKEN_TO_BE_REPLACED

Channeled by Brenda Hoffman for www.LifeTapestryCreations.com

Summary of Brenda’s September 9, 2012 free, 15-minute, channeled “Creation Energies” show at www.BlogTalkRadio.com/brenda-hoffman:  New inventions, entities, ideas and technologies will be introduced without long periods of adjustment, as has been true in the past. These new ideas and inventions are to create joy. They are not the work of a devil or similar fear-based thoughts. END_OF_DOCUMENT_TOKEN_TO_BE_REPLACED

Uploaded on 12 September 2012 by Suspicious0bservers END_OF_DOCUMENT_TOKEN_TO_BE_REPLACED

(Lucas : Draghi is also pushing for a banking union that will bring more centralized power to the ECB and the ones in power in the (now to establish) ESM and the EU. The bondbuying can go through. Also we await Bernanke tomorrow say QE3. It is highly likely. So we are still putting on the  bandages till the things fall apart anyway.)

Germany’s Federal Constitutional Court has cleared the way for the country to ratify the European Stability Mechanism, the permanent euro bailout fund.

Germany and Europe can both breathe a sigh of relief on Wednesday: The Federal Constitutional Court has rejected a petition to stop the ratification of the permanent euro rescue fund, the European Stability Mechanism. The decision clears the way for the ESM to go into effect.

In a historically significant signal for the euro rescue, the German Federal Constitutional Court on Wednesday ruled there are no grounds to stop the country from ratifying the European Stability Mechanism, the permanent euro bailout fund, and the fiscal pact aimed at bringing economic governance to countries in the euro zone. The decision bolstered stock markets in Europe and around the world and also strengthened the euro. However, the justices at the Karslruhe-based court also expressed some reservations.

The court ordered that ratification can only be completed if it is ensured under international law that Germany’s current maximum liability of €190 billion ($245 billion) can only be increased with the approval of the German representatives in both the ESM Board of Governors and its Board of Directors, court President Andreas Vosskuhle said. “(No) provision of this treaty may be interpreted in a way that establishes higher payment obligations for the Federal Republic of Germany without the agreement of the German representative,” the court states.This also means that Germany’s federal parliament, the Bundestag, must play the leading role in important decisions. Under a German law accompanying the ratification of the ESM treaty, the German parliament must first vote on the positions taken by German representatives in the ESM boards before they can act on them. However, it is still unclear at this point whether decisions will require a vote of the full parliament or the significantly smaller budget committee.

In another significant condition, the court ruled that Germany must ensure that the treaty is implemented in a way that ensures that representatives of the Bundestag, and the Bundesrat, the upper legislative chamber that represents the federal states, are comprehensively informed of the bailout fund’s activities despite the professional secrecy that ESM employees are required to adhere to.

Vosskuhle also noted that the decision on the permanent rescue fund is provisional and that full proceedings would follow.

Germany is the only euro-zone member state that has not yet ratified the treaty establishing the ESM. Without the participation of the EU’s largest member state, the bailout fund has not been able to begin its work yet.

‘Good for Germany, Good for Europe’

Foreign Minister Guido Westerwelle of the business-friendly Free Democratic Party (FDP), which is the junior coalition partner in Chancellor Angela Merkel’s government, greeted the ruling. “It was a smart decision reflecting the pro-European spirit of our consitution,” he said, adding that the conditions imposed by the court had been necessary and that Germany could not be allowed to become overburdened. “The Federal Constitutional Court has affirmed the policies of the federal government and declared it to be constitutional. That’s good for Germany and good for Europe.”

The group Mehr Demokratie (“More Democracy”), together with 37,000 German citizens, had sued at the country’s highest court to halt the ESM’s ratification. The group alleged that Germany was entering into “unlimited and irreversible liability risks.” Peter Gauweiler, a politician with the conservative Christian Social Union who is a prominent critic of the German government’s euro rescue policies, and the Left Party had claimed that accepting the new liabilities would be irresponsible.

There are also critical voices within Merkel’s conservative Christian Democratic Union party, which has largely stood behind her policies in rescuing the euro, but is also home to some of her greatest adversaries in the crisis. Wolfgang Bosbach, a notorious critic of the euro rescue, expressed skepticism about the court’s ruling. Depite the conditions imposed by the court, he said, Germany still carried enormous liabilities. “I have mixed feelings about the ruling,” he said. On the one hand, it has strengthened parliament’s hand in Berlin. But he also warned that it only created the appearance that the upper ceiling on Germany’s liability would be limited to €190 billion. He argued that if the European Central Bank purchases government bonds in an unlimited manner, as the bank has said it may do, that would also increase Germany’s potential liability.

Following Wednesday’s ruling, German President Joachim Gauck is now free to sign the ESM treaty, which was already approved by Germany’s parliament, the Bundestag, in June. The ESM can only go into effect with his signature.

The permanent euro bailout fund will operate in parallel with its predecessor, the European Financial Stability Facility (EFSF), for a period, completely replacing it by mid-2013. The ESM will be equipped with €700 billion in capital but will only be able to lend a maximum of €500 billion.

In accordance with its share capital in the European Central Bank (ECB), Germany is providing guarantees for 27 percent of the ESM’s funds. Germany is required to provide €22 billion in cash to the fund as well as guarantees totalling close to €170 billion. But critics fear that Germany will have to provide far more cash and guarantees in the end.

Despite firm words of warning in the past, the court has never ruled against the ratification of a major EU treaty and most politicians in Berlin, including Chancellor Angela Merkel, expected that the constitutional guardian in Karlsruhe would give its blessing to the ESM.Stock markets across Europe showed gains following the Karlsruhe ruling. Eurostoxx, an index of blue chip European companies, rose briefly by 1.2 percent — to close to 2,580 points. Spain’s leading index, Ibex, also rose for a time by over 1 percent exceeding 8,000 points. Meanwhile, Italy’s FSTE rose by more than 1 percent, bringing it to a total of almost 200 points.