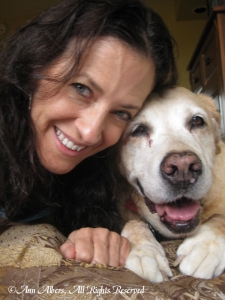 Message from the Angels

We know you are loving beings. We know that, given an ideal world you would treat everyone with kindness, dignity, and respect. We know that this kind of treatment is what you desire from others as well. At this time on your earth while there is beautiful energy streaming in and fantastic opportunity for those willing to clear their minds and hearts and focus on creating, there is also incredible chaos for those unwilling to take charge of their minds and hearts in this fashion. Whatever is unhealed is being revealed, and thus you are seeing not only great wonder and beauty in the hearts of humanity, but also an acting out of the wounded child within many others.

As loving souls, we know you do not want to perpetuate the pain in the world, and yet so many of you are puzzled about how to deal with unkind behaviors, insensitive words or actions, and at times the poison darts of angry words that those in pain aim in your direction. our advice is simple. in the words of one of the most loving to ever walk the planet earth, “turn the other cheek.” Turn away from unkindness. Look to something better. If someone aims anger or unkindness at you, walk away, remain silent, or if you can turn away from their darkness and respond with your love. There is no need to reply at all, unless you can turn to a more loving reality. All you need to say is, “I see you are hurt. I see you are angry. I see you are in pain. Let us talk later when this discussion can be rooted in love.” You do not even have to say that out loud. Say it to their souls, and turn the other cheek, walk away or remain silent.

If someone behaves in an unloving or unkind manner, choose to either respond with love or don’t respond at all. There is never a need to dignify unkind behavior with a response. There is never a need to “prove a point.” If you feel you must make a point do so with no intention other than to express your own point of view. Trying to get an angry person to agree with you is a useless endeavor, and although most of you know this, humanity has engaged in great battles and even wars over such attempts.

So dear ones, you do not have to engage in a dance with the darkness of the world. You can exist in your light. You can turn away from that which is angry and unkind without a need to respond unless absolutely necessary. Even then, you can do so with loving firmness, much as a parent would say to a child throwing a tantrum, “I love you but you must go to your room now.”

You are the lights in the world dear ones. Let your light shine!

God bless you. We love you so very much.
–– The Angels

I drive frequently and am often amazed by how people in cars think it is ok to behave in ways they would never dare to exhibit in person. Rarely have I had someone in a long line in the grocery store rush up and come so close they could nearly push me into another, but it happens often in traffic. I have never had someone bypass me speeding on foot just to jump in line ahead of me, but it is a common occurrence on the road. And while such behaviors re irritating, the angels have taught me to either, bless the angry drivers or ignore them. I often do the sign of the cross over cars that speed past me at 90mph and pray that they don’t kill anyone! And when a truck comes up so close behind me that I have nowhere to go, I turn up the radio and sing happy songs! I would change lanes if I could, but sometimes that isn’t possible and so I am stuck choosing either to be irritated or to ignore the offensive driver. They might not like it, but I can at least choose a more loving behavior.

These are a small examples. Often in my office, people are angry at someone in their lives who has been unthinkably cruel. They yell at me, but I know they’re just venting. The angels and I send them a lot of love while we are listening, because we know they are in a lot of pain.

It is harder to “turn the other cheek” when the anger is aimed at you in person, but it still works. Walk away or listen without response… and send love. I have listened to hurting souls target me with their pain, often attacking me personally. If I say anything at all I say, “I hear you and I’m sorry.” The apology doesn’t come because I’ve done anything wrong. I am truly sorry that they are hurting. On occasion, I’ve said, “I’m a loving person and deserve kinder treatment,” but I have said it gently and without fail it has been heard.

The angels have taught me that angry people just want to be understood. They want someone to see and understand their pain. They want acknowledgment for what they have been through, or for you their point of view. Sometimes you are up for giving them this gift and other times you are not but the trick is to remain honest with yourself about what feels like the right response. For example, when people I care about are angry, I listen and try to understand. When people I don’t know attack me, I typically don’t respond. There are times I set a boundary. Just last week someone tagged me in an unkind post on Facebook, which mean her unkind post appeared on my page. While this soul had a right to her expression, I exercised my right to take it off my page. I have no desire to participate in the unkindnesses of this world and it was ok to say “no” to that type of thing.

So do your best not to engage in the unkindnesses of the world. Set boundaries and acknowledge your own right to exist in a loving space, and when you can’t leave an unkind situation, either respond lovingly or remain silent.We can remain in our light no matter what is around us… and it sure feels better!

Have a light filled week!
Ann

Like Loading...
This entry was posted in Article, channelings, Links, reblog and tagged 13 October, 2012, Ann Albers, channeling, channelings, Earth, Messages From Ann And The Angels - Turn Away From The Dark, spiritual, Spiritual evolution, World. Bookmark the permalink.