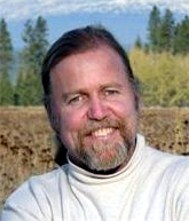 Let’s knock one furphy on the head straight away. The Maya NEVER said that that solstice will mark the end of the world. They had at least 24 calendars, with the main one – the Baktun – being about 400 years long. This is the 13th Baktun, about to end – a 5,125 time period. The only unusual thing about that particular point in time is that most of their calendars will `roll over’ on that date. It’s a bit like our midnight on New Years eve – at that moment, a series of seconds, minutes, days, weeks, months and a year ALL END. And start all over again at a pico-second past midnight! Just as the Mayan calendric cycles will on 22/12/12.

Well, we are apparently crossing the galactic equator, and thus traversing the accretion ring around our galaxy, the Milky Way. Hence, I suppose, the uptick in meteors, comets, and even global warming. (Friction through the dust?) This is certainly a first in (recorded) human history!

Good old humanity has nearly made the planet unsustainable, so Big Mama is getting a bit peeved. Won’t bore you with the details – if you’re reading this, you already know.

Is that the reason for the uptick in quakes and volcanic activity? Well – could be, eh?

Not to mention the minor pettinesses of economics, wars, politics, and suchlike similar nonsense.

OK – and so? So we reach the Geryl factor.

Like I said – quakes are on the increase, at least if they are over about Mag 5; oddly, below that magnitude they are decreasing. Does that indicate some sort of `plate lock-up’?

Patrick Geryl has figured out a correlation between Solar System planetary positions and earthquakes. And Solar eruptions as well, but we’ll leave that bit for now.

If that sounds a bit too much like astrology – wrong. You’re thinking of the `stars’ on the cartoon page of the daily rag, where they belong! But that is not to knock serious astrology; the history of that goes back to way before Babylonian times. Today, only a very few practitioners really know the art.

No, Geryl’s research has looked at the combination of planetary positions and big quakes historically – and there IS a correlation. The exact reason for the correlation may well be gravitational; or even, and this is my favourite explanation, quantum in nature. Orbiting, rotating bodies get quite interesting at that level … and don’t even bother asking me – that’s already stretched my knowledge to its limit in that field!

But suffice to say – the test of prediction is the fact in hindsight. And right now, Patrick Geryl has had no less than six successive hits, forecasting the dates of major (M6 and above) quakes, and a `ball park’ figure of their magnitude. Today’s M7.4 in Guatemala is his latest hit.

And remember the power of a quake increases TEN TIMES for each step up – so a M8 is TEN TIMES STRONGER than a M7, etc etc….. Ouch……. making an M10, at 100 times stronger than a M8, literally unimaginable.

No, he doesn’t forecast any `where’ of the quakes – only a date and magnitude approximation, somewhere on planet Earth…..

To take a slight but parallel deviation, Clif’s frequent mentions of a “Global Coastal Event” in his language analyses come to mind, as do the R/V reports of large waves coming ashore ….. along with numerous individual dreams, from people all over the planet, of such happenings.

Safe to assume that you are off into denial territory now, is it? Might see you there!! (Save a beer for me….) But the good news is, his record is not perfect, At least – up `til the past six quakes …… it wasn’t ……

via http://www.jhaines6.wordpress.com link to original article