What a wonderfully strange month this has turned out to be.  It really makes me wonder what on earth December is going to be like!!  Hold onto your hard hats as we approach it!

It seems, for me, I am becoming more consciously aware of being completely on the other side of the veil during sleep time, as I awake.  I suppose, if you ask for something often enough, it eventually happens.

I woke up this morning feeling like a left a conference on the other side of the veil.  We were going over various acceleration points on earth and what energetic ingredients would come into place for each process.  I woke up with the 23rd of this month circled on the calendar.  I also seen an energetic finger stirring up the waters/energy on earth as this enhancement was placed into it.  This enhancement was like a stream of gold energy… but the gold itself was watered down in color.  I have seen this energetic vibration in readings before but until now didn’t know the significance of it.

First, let me explain how I see it, which is not all that easy… at all.  So what I did instead (smile) is crop out a piece of the sun from spaceweather.com, it is the closest visual I can give you:

Do you see how it is not a solid color?  That is the same as the golden energy I have seen and seen in relationship to the added ingredient for our energy field accelerations.  What appears to be white in the color scheme, is actually energy in motion.  A quickening to all of earths energy vibrations.  It is truly energy in action.

Once again, as always, we are in choice.  To move with this energy or be flattened out by it.  The way I had seen this added energetic ingredient coming up for ALL of us was very much like this: 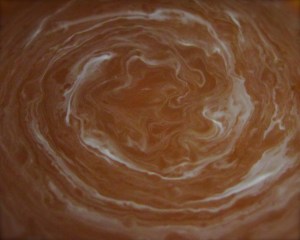 Only the swirls of energy did not go all the way out to the edges of the field, instead it was concentrated around a particular point… the 23rd.  But with it, I could feel great movement.  It also represents a couple of days around that particular date line as well.  Concentrated, magnetically charged energy in motion!!

Keep in mind… all magnetic’s go in harmony with the heart field of each person.

I am not sure, at all, how one moves with it.  I so wish they gave me the full conscious hand book upon waking… but no!!!  Instead, we get a warning shot and are not even sure what the warning is… except move with it!!  Geez!!

But more than all that, I am actually tickled to know there is a group of consciousnesses on the other side of the veil, watching what we are doing, energetically speaking and adding to our earth event as we move with all the energies.  It sort of reminds me of stepping up the tempo of a song once most everyone got the hang of the original beat.  I also want to be clear that I used the word “consciousnesses” on purpose.  We tend to “humanize” everything and we are soooo not human at all.  Even my presence in that group had no body… it was pure consciousness, at least until I slipped back into this body and woke up.

So the dance is about to get faster!!

I do want to share something else important from yesterday.  It is one of those things that just hangs in the forefront of my mind and needs to be talked about.

One of the readings I had done yesterday was for a man whose initial image just surprised me to no end.  If you can image a large tree being cut down and the moment it falls to the ground, it kicks up all kinds of dirt and dust as it suddenly falls flat.  That is what I felt with him… that the connection was just as the tree hit the ground, in this case tho, it was just as he hit the ground.  I could see the energy splash up all around him, with the greatest and most intense concentration at his belly area.  As the energy rose up from the sea of energy, it intensified in color and vibrancy… like coming even more alive around him as he hit the ground flat-out!

Beyond this strange feeling of him just falling on the ground was seeing him stretched all the way across the field, toes connected to the west field, hands gripping on the east field.  In this pose, there is no way of even moving oneself, and try as I might, I could not move him either.  As the field said, it was for his own safety reasons.

It took me a little while to understand what I had seen with him… but we did get there.  He is the soul caretaker of his 88-year-old mother who recently had her right calf amputated.  He wants to be a really good son and do all that he can for his mom and her speedy recovery.  He has officially stopped living his life and is now living hers.  Literally.

His mom developed a UTI and refuses to flush her system with much-needed fluids.  So is it surprising he developed kidney stones and is now passing blood in his urine?

Thru the conditioned sense of obligation and loving his mother so much, he gave up his life… completely.

Even the fact that he fell down like a tree just chopped in the forest suddenly, I get this too this morning   His mom cannot walk of her own accord right now and so depends on him for everything.  He has overextended his own self to be in service to her, so in the refection pool of life… he no longer has his own two legs to walk with.

I might add, his mom does little for her own self-improvement…. at all.

Giving yourself completely away does no higher good for anyone, especially to yourSelf.

In serving others, we must always serve the Self first and foremost!  All-ways.  It is not stingy, or unkind or even unloving at all.  Quite the opposite really.  Often times, the greatest gift we can give to others is letting go.  Allowing them, as well as yourSelf to have experiences outside of the combined, and in this case, health depleting relationship.

Same goes with jobs too.

I have been reading for a wonderful lady who, after 10 years of the same employment, just set herself free.  OMG the energy field that is now her… holy shit!!  What a difference.  Even in her reading yesterday, having freed herself from this financially secure, but not very joyful job, her own energy field is accelerating to beat the band!!  Allowing and attracting new experiences that will be in the vibrational field of loving joy.  What a gift she gave to herself and all the others she had worked with up until last week.  They get to witness the bravery of gifting yourself FREEDOM!!