We are further along on our Quest for Agape.  It is different than before.  Last year as we journeyed there was a definite date, a marker, a moment that may have meant our journey has been completed.  With that day over, now what?

We like things in nice, neat packages.  We can wrap our head around them when they are presented that way.  This is not that sort of Quest.  It ends in 6 days here, yet there is a depth and there are layers – each journey uncovers just a little bit more. END_OF_DOCUMENT_TOKEN_TO_BE_REPLACED

Sustainable energy projects must become the future of the United Kingdom’s energy landscape if we are to survive climate change and the depletion of our planet’s finite resources. And encouragingly, despite the UK government’s lack of policy on sustainable solutions, a growing number of community housing groups and not-for-profit organizations are taking matters into their own hands. END_OF_DOCUMENT_TOKEN_TO_BE_REPLACED

Before I start any sharing this morning, I want to make a statement I made yesterday clear.  When I mentioned (about the flu) the folks who got hit hard this year not being open to their own change, I was referring to those who have either died, entered the ICU or the hospital in general.  All three of these area seen a massive increase with this flu season, with 7.3 % of the deaths last week alone caused by the flu (in the USA)  putting us officially in “epidemic” status. END_OF_DOCUMENT_TOKEN_TO_BE_REPLACED 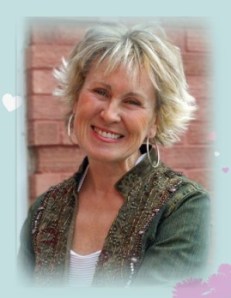 Idle No More has organized the largest mass mobilizations of indigenous people in recent history. What sparked it off and what’s coming next? END_OF_DOCUMENT_TOKEN_TO_BE_REPLACED

Our message for today will be simple and to the point.  We are always speaking to you about energy, love, and light.  That is the primary focus of this channel and will remain so for a time.  Just as a coach of one of your sports teams will continually drill his team on basics, basics, basics, so do we wish to remind you over and over again of certain things.  The most important of these is your connection to Creator’s love. END_OF_DOCUMENT_TOKEN_TO_BE_REPLACED

Universal Law trumps all others.

1. No man or woman, in or out of government shall initiate force, threat of force or fraud against my life and property and, any and all contracts I am a party to, not giving full disclosure to me, whether signed by me or not, are void at my discretion.

2. I may use force in self-defense against anyone that violates Law 1.

“When the tyrant has disposed of foreign enemies by conquest or treaty and there is nothing to fear from them, then he is always stirring up some war or other, in order that the people may require a leader” – Plato

I’ve been thinking quite a bit lately about where we are going and how we get there. I am sure many of you who have been here a while know how I like to figure out core issues to problems. We can look at something and see an overall problem and think on it forever or we can spend time dissecting it and looking for the core issue and eradicate that. This comes I suppose because I do EFT and in EFT if you can find the core issue to tap on, all your other issues will fall away after the core issue is resolved. This is how I look at life and it certainly helps to get to the heart of any matter more quickly. I have always thought awareness was a key issue for us to keep in mind and be aware of, but I also think appreciation is one as well, especially our appreciation of choice! Our whole life is one massive choice but how deeply do we honor and appreciate the fact we have choice? END_OF_DOCUMENT_TOKEN_TO_BE_REPLACED

Comments Off on Visionkeeper – Appreciation – 12 January 2013

Message from the Angels

Take heart dear ones, it is indeed a new year, and a time of spiritual renewal for those who have chosen to stay here upon the planet earth. It is a time when your growth is going to be just a little bit easier if you choose to align your minds and hearts with God, with love, with truth. For in truth dear ones, that is what you are all seeking. You are all wanting to feel more of God’s love in your life. This is where you originated and this is you final destination. Why not include this love in every moment here in your journey upon the earth. END_OF_DOCUMENT_TOKEN_TO_BE_REPLACED

Every now and then we have an Aha! moment where the purpose of life and the meanings in the universe seem to align. Manu Meyer has one of these moments and in this video, she hands us the seed, the kernel, the ‘aloha’ of that moment. We are all individuals, and yet, we are all one. We must separate the knowledge we learn in schools from the knowledge that we all share in our combined historic experiences. Please join her and share in this introduction to that ‘Aloha’ moment. END_OF_DOCUMENT_TOKEN_TO_BE_REPLACED