Posted on February 6, 2013 by lucas2012infos | Comments Off on RemovingTheShackles – Hard Evidence of Corporate Takeover At All Levels Of Government In America – 6 February 2013 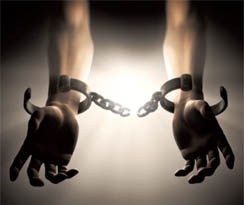 This is an email that was sent to Heather.

Many people asked me yesterday “where is the information about the Corporation of USA?”…. well, here it is!

Hard Evidence of Corporate Takeover at All Levels of

Government in America, as Well as of the United Nations

Dunn & Bradstreet (D&B) DUNS code number are assigned to corporations in America to track their credit ratings.  Below you will find the DUNS numbers for the aggregate US government and each of its major agencies, those of the aggregate governments of each US state along with that of its largest city, and those of the aggregate United Nations and some of its major agencies.   These corporate code numbers can be verified by using the following link to the D&B website and typing in the required information:   http://mycredit.dnb.com/search-for-duns-number/

In checking DUNS code numbers for governments, you will find that they have many subsidiaries and shell corporations to lessen financial accountability.  You will find that some of them are listed as being in a geographical location other than in their territorial authority, making their operations even more suspicious.    The City of Chicago corporation, for example, is located in Washington, DC, the State of Montana Corporation is located in Chicago, Illinois and the State of Maine corporation – listed with seemingly sardonic humor as “State-O-Maine Inc.” – is located in New York City, New York.  You will often also see executive, legislative and judicial offices themselves listed as corporations.

Manta.com is a website for obtaining data on corporations.  If the names of any of these government entities are entered, you will find that virtually all of them are listed as private, for–profit corporations.   You will also see in the aggregate valuations of their assets that Manta.com provides is vastly greater than what is listed in these private government corporations’ fraudulent but well-publicized budget documents that seek to justify draconian but fraudulent budget cuts and their related tax-based extortion rackets.

This confirms that many hundred trillions of dollars of the people’s money listed in the semi-secret government comprehensive annual financial reports (CAFRs) as government institutional investments are being siphoned off by the global banking cartel and those sinister forces behind it.

They are doing this via that obscure subsidiary of the private, for-profit Federal Reserve System known as the Depository Trust Clearing Center (DTCC), dba Cede Inc. (Again, note the sardonic humor.)  This semi-secret entity fraudulently confiscates these investment funds as an executor after they have been registered by brokers, relegating investors to mere beneficiaries whose funds can then be lawfully – at least according to presently and commonly used Universal Commercial Code (UCC)-based statutory law, not constitutional or common law — confiscated at the will of said executor.

The implications of this are staggering:  not only has this corporate subversion of government happened in America and with the United Nations headquartered here, but it has happened in almost all of the nations of the world by means of similar corporate subversion enacted under different names.  This definitely explains why governments at all levels in almost all nations no longer protect the public interest, but only special interests – specifically, the interests of their fellow predatory for-profit corporations whose actions are now destroying this planet and all life upon it.

This explains why the people of the world are soon going to see sweeping constitutionally-based legal and law enforcement actions in all of the nations of the world against those who, unrepentantly abusing these ill-gotten gains, have perpetrated crimes against nature and humanity.  This also explains the honest transitional governments and financial systems that are going to be installed as the callous, corrupt human systems of the past collapse. The new transparent governmental and financial models now being tested in the nation of Iceland, as well as the likewise poorly publicized/contextualized mass resignations of government, banking and corporate officials now occurring worldwide are heralds of these imminent planetary events.

DUNS Numbers of Each US Corporate State and Its Largest City

Like Loading...
This entry was posted in Article, Links, reblog and tagged 2013, 6 February, Disclosure, Earth, Hard Evidence of Corporate Takeover At All Levels Of Government In America, news, RemovingTheShackles, spiritual, Spiritual evolution, World. Bookmark the permalink.