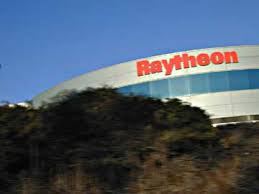 A video obtained by the Guardian details “new” surveillance software that is capable of gathering vast amounts of personal information about people from websites like Facebook and Twitter.

Raytheon, the company behind the software, has confirmed that it had already shared the technology with the US government in 2010, effectively creating what has been dubbed as a “Google for spies”.

The Guardian also reports that Rapid Information Overlay Technology, or Riot, mines multiple online sources to build up detailed pictures of someones life, including their friends and the places they visit.

As you’d rightly expect, some concerns have been raised.

Social networking sites are often not transparent about what information is shared and how it is shared. Users may be posting information that they believe will be viewed only by their friends, but instead, it is being viewed by government officials or pulled in by data collection services like the Riot search.

Jared Adams, a spokesman for Raytheon’s, defended the technology:

Riot is a big data analytics system design we are working on with industry, national labs and commercial partners to help turn massive amounts of data into usable information to help meet our nation’s rapidly changing security needs.

Its innovative privacy features are the most robust that we’re aware of, enabling the sharing and analysis of data without personally identifiable information [such as social security numbers, bank or other financial account information] being disclosed.

Phew. So they won’t be able to get your financial information, just everything else you share online. What could possibly go wrong?

Raytheon and the US government are good pals, last weekthe Department of Defense announced that it had awarded the defense company a mysterious contract worth $116 million to provide engineering services for Patriot surface-to-air missile systems.

Individuals and corporations liable for supplying governments with weapons that are used to commit war crimes and crimes against humanity.

In 1999, the US Navy fired 220 Tomahawk missiles that deliberately targeted essential civilian services in Yugoslavia, making life unbearable for the Serbian people.

The missiles destroyed Belgrade’s electrical grid and major bridges across the Danube.

Article 54 of Protocol I of the 1977 Geneva Conventions defines the destruction of ‘objects indispensable to the survival of the civilian population’ as a war crime.

As Raytheon supplied the missiles to the US government, they too are guilty of war crimes according to international law.