Chicken Little had it right all along, as the Great Outer Space makes its mood and presence known. Our hearts go out to those that experienced this very intense initiation for all of earth. The blood you spilled is our blood as we are all one in the universal light. As you can tell something has changed and we all feel it. Like vulnerable new kittens, we look up for any predators. END_OF_DOCUMENT_TOKEN_TO_BE_REPLACED 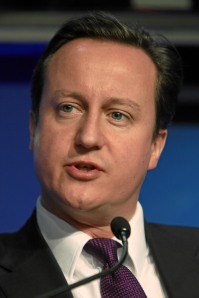 To the Rt. Hon. David Cameron MP, Prime Minister and First Lord of the Treasury, and the Rt. Hon. George Osborne MP, Chancellor of the Exchequer. END_OF_DOCUMENT_TOKEN_TO_BE_REPLACED

There has been a great influx of energy in the past week and most of you are finding yourselves trying to assimilate and integrate these within your system. Many issues and emotions are coming up for review and these must be purified by spending time in silence and contemplation. At the root of all issues is the emotion of the fear of lack of love and what is needed to be summoned from within you is forgiveness, of others and most of all, yourselves. Remember that every experience that has happened in your lives was drawn to you for a reason. Every experience successfully dealt with returns to you another fragment of your personal divine power. END_OF_DOCUMENT_TOKEN_TO_BE_REPLACED

The digital gold standard known as Bitcoin has shown impressive strength in the mist of the recent drop in all precious metals. Gold lost 40 dollars in a 24 hour period to close for the weekend at $1610.30. This loss reflects a 2.4% drop. Silver had a more significant drop falling from $31.00 to close at $29.80 dollars an ounce. This reflects a 3.4% drop in the common man’s gold. These drops have occurred despite, as Harvey Organ reports, the gold demand for the quarter was 6% higher year-on-year at $66.2bn marking the highest ever Q4 total and driving annual demand in 2012 to a record value of US$236.4bn. END_OF_DOCUMENT_TOKEN_TO_BE_REPLACED

Apart from having a beneficial effect on health, herbal teas are fragrant and appealing. Let’s take the mystery out of the herbal teas and discover together which teas are good for which symptoms. END_OF_DOCUMENT_TOKEN_TO_BE_REPLACED

Posted on February 17, 2013 by Ariah Velasquez | Comments Off on The Pleiadians – Bliss and Divine Emptiness is Your Birthright – 17 February 2013

What do we mean when we say emptiness? We do not mean the feelings of loss and sorrow.  We mean the connection to the void in which rests only the consciousness and the bliss in creation.  Every time you create, their is a burst of delight from consciousness and All That Is. And so, we say to you today: know this bliss and divine emptiness is truly what is underneath all that you experience.

Let this bliss now bubble from your heart.  Let the joy of all that you create, all experiences, replace any judgment or beliefs about what is to be.  We have been watching many going into the “life should be” conversation.  Life should be nothing than it already is.  And now we would like one aspect of the representative collective to speak to you now.

END_OF_DOCUMENT_TOKEN_TO_BE_REPLACED

Posted on February 17, 2013 by lucas2012infos | Comments Off on Anrita Melchizedek – The Sacred Cosmic Fires Of Helios And Vesta – The Cosmic Fire Of Perfection – 17 February 2013

Hello friends. I started my channeling work back in 1996 with the four main Arch Angels (Michael, Uriel, Gabriel and Raphael.) They came to me as a collective energy that I used to call AAE, which was short for “Arch Angelic Energies.” Since 2007 and in my work in the Akashic Records, I have come to work with the “Keepers” that are my current guidance team. I have been doing some work with IET (Integrated Energy Therapy©)and the Angel Celestina has stepped forward as one of my current main guides and she has also identified as a part of the Keepers collective. I was told that I would begin some telepathic conversations with her, and this piece is the first of what I’m sure will be more to follow. In the IET system, Celestina is related to the Throat chakra and lung area. She appears to me in a beautiful Blue Ray which is also the color of the chakra. The gift she brings is healing and freedom from guilt and shame. Interestingly, I was quite ill in 2012 with a serious lung ailment for a time. It has been shown to me that this was part of my own clearing process of these types of energies and beliefs. END_OF_DOCUMENT_TOKEN_TO_BE_REPLACED