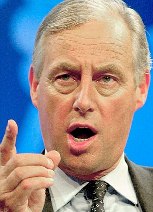 In 2010, consultations took place about a maximum age limit for London taxis. The main supposed motivation for having a maximum age involved the question of pollutants being emitted by older taxis. In fact, scientific testing showed conclusively that the new generation of London taxis were no better than the old ones: for that reason, the Department of Transport actually advised Local Authorities not to implement an Age Limit on Taxis on the basis of emissions. All evidence and objections on this basis were ignored by Mayor Boris Johnson, and the coming Age Limit for taxis was formally announced.

During 2011, further scientifically valid arguments were raised with the Mayor. There were protests by owners of older taxis, but these too were ignored. In January 2012, the Age Limit for taxis was introduced, forcing hundreds of drivers out of work….but doing nothing to reduce pollution. 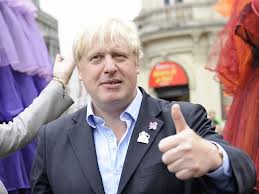 Tim Yeo was Minister for (nota bene) the Environment from 1992 to 1993 in the government of Prime Minister John Major, and then Shadow Minister in that role while in Opposition. Before the last election, Tim Yeo initiated a debate about lowering London taxi emissions, the positive outcome of which he knew would benefit his company ECV. When the improper involvement of his company in the Mayoral Age Limit consultation was exposed, Tim Yeo and the CEO of Eco City Vehicles Peter Da Costa resigned from the process. No action was taken against them.

Asked whether there had been any involvement of ECV and Yeo in the decision making process for London, Boris Johnson wrote to Labour MP Andy Slaughter stating categorically that he had never discussed any of the proposals with Yeo, and that Eco City Vehicles ‘had absolutely no involvement in any way in the consultation process’. The Transport for London minutes appear to suggest that this was simply untrue: Peter Da Costa attended consultation meetings, and is quoted in the TFL minutes several times.

Campaigners like ecologist Dave Davies have pressed for the Age Limit to be declared improper and unlawful given the flagrant ignoring of vital evidence. Davies appears to be on sound legal ground here: in a High Court Judicial Review brought by Newport Taxi Drivers, the Judge ruled that the consultation process had been improper there too, and thus the Age Limit that was being introduced was unlawful.

Let’s not beat about the Shepherd’s Bush here: Tim Yeo had a massive conflict of interest while Shadow Environment Secretary, and a massive conflict of interest regarding the decision to introduce a London Taxi Age Limit rule. Boris Johnson rode roughshod over entirely reasonable, evidential objections to the taxi cab Age Limit (for which there is no scientific basis whatsoever) and those involved in it all bring with them the unpleasant whiff of crony capitalism. (See the Deliverance inbreeding traced above)

In need of more evidence about double-dealing Timmy? Read on. Yeo sits as Chairman of the Energy and Climate Change Select Committee, while at the same time being Chairman of ECV, a company proclaiming emission advantages that are illusory. He is also pro-fracking. Obviously a man of firm principles.

Yeo’s time as Environmental Champion in the Major years was shortlived, as he was forced to resign after siring a love child with  Conservative councillor, Julia Stent. Earlier, Yeo had said in a speech to Relate in his constituency, “It is in everyone’s interests to reduce broken families and the number of single parents.” Obviously a case of droit de seigneur, then: or crime passionelle. Or double standards.  Or all of them. Well why not eh? We’re the élite, we’re worth it!

Want more evidence about political cronyism? In a dramatic U-turn in August 2012, Mr Yeo switched sides on the UK airport debate, saying a decision on expanding airport capacity in the South East was needed urgently to maintain Britain’s competitiveness. This of course put him entirely on message with….London Mayor Boris Johnson, who’d just helped him drive a taxi through the City’s emission laws.

But now let us turn to the aforementioned Dave Davies, a man batting for the right to breathe clean air. As he rightly points out, 4267 people a year are dying in London from pollution (the Mayors own statistic from his 2008 campaign). In the 4 ½ years that he has been in office, however, Mayor Johnson has, claims Davies, “implemented improper and failed emissions strategies which have seen no reduction in pollution.” Live, die, sword etc.

However, here’s a few more problems Dave is having…with the media. He can’t seem to get the Mail (where Boris’s sister writes) or the Telegraph (where Boris writes) to pay any attention to his concerns. Just fancy that.

Footnote: Guido has covered bits of this in the past, and was instrumental in getting Yeo’s interest outed.