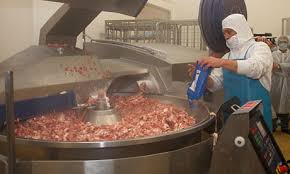 The unfolding horse meat outrage currently engulfing Europe has taken on a new, bizarre twist, according to investigators. Key figures involved in the unfolding scandal have been linked to a similar secretive network of companies that have ties to convicted Russian arms trafficker Viktor Bout.

The Organized Crime and Corruption Reporting Project, an Eastern European-based group comprised of investigative journalists who have been tracking and reporting on the scandal, has now identified an intermediary business, Draap Trading – which is based in Limassol, Cyprus – as playing a primary role in distributing the horse meat across Europe.

Britain’s The Guardian newspaper, which is also tracking the story, reported that Draap has since confirmed it bought horse meat from a pair of Romanian slaughterhouses before selling the meat to French food processors including the firm Spanghero. That company, in turn, supplied the horse meat to yet another company, Comigel, which turned it into frozen meals for third-party companies like Findus. Some of those frozen dinners contained nearly 100 percent horse meat.

Draap officials say the meat the company supplied to French food processors was clearly labeled as horse meat. Spanghero said the meat was labeled as “beef.”

Jan Fasen, who heads up Draap and has denied wrongdoing, “was convicted last year of selling South American horse meat as German and Dutch beef,” The Guardian reported.

From here the story gets more bizarre.

The ‘merchant of death’

According to investigative reports, Draap’s sole director, apparently, is an anonymous corporate services firm called GuardStand, which was established in Limassol in 1996. A joint report released in 2011 by the International Peace Information Service and TransArms, an organization that researches and tracks arms shipments, contained evidence that GuardStand also owned a share in a firm called Ilex Ventures, “a connection that links the company to the global arms trade and Victor Bout,” the paper said.

U.S. prosecutors have since filed documents in court alleging that, in 2007, Bout and an associated transferred some $750,000 (?483,000) to Ilex to buy an aircraft used to transport arms and ammunition to trouble spots throughout Africa, in violation of arms embargoes.

The prosecutors have said Ilex was owned and controlled by Bout, who is known as international weapons dealer, “the merchant of death.” He was sentenced in April 2012 to 25 years in prison for smuggling arms.

However, who exactly owns GuardStand, and why Draap employs the firm as a director, is an unknown that is likely to be further scrutinized by officials looking into the widening horse meat scandal.

“GuardStand’s sole shareholder is Trident Trust,” The Guardian said, “a business based in Cyprus that specializes in establishing companies in tax havens chiefly for Russian and Ukrainian clients and which helped set up Ilex.”

Petros Livanios, who manages Trident and is a former director of Ilex, declined press interviews.

Currently no one is hinting that Trident was aware GuardStand may have been compromised by criminal networks. But the murky nature of its ownership has come under further examination as part of the horse meat investigation.

“This illustrates why hidden company ownership is such a problem,” said Rosie Sharpe, of the campaign group Global Witness. “It could be all too easy for crooks passing horse meat off as beef, arms dealers fueling wars or corrupt dictators nicking their country’s wealth to set up a company if they so wished. The ownership or control of European companies can be hidden perfectly legally by using nominees or companies incorporated in secrecy jurisdictions.”

The Cyprus public health services deputy director, Christos Christou, said investigators had taken possession of a “variety of documents” from Draap’s office in Limassol that they will be sharing with the European commission.

To some, the link between horse meat and a notorious arms dealer isn’t as farfetched as it sounds.

“Cypriot companies frequently turn up in criminal investigations,” Sharpe said. “They have been used by the Iranian government to evade sanctions, by Slobodan Milosevic to provide arms for the wars in Bosnia and Kosovo, and by Russian officials who used them to steal hundreds of millions of pounds.”

In mid-February, French officials said the scandal had widened to 28 companies in 13 countries. The scandal began in January when British and Irish authorities found traces of equine DNA in supermarket hamburger.