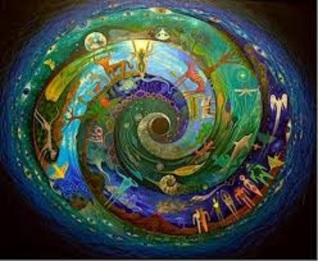 There is so much to share from yesterday.  From beginning to end, it was an action packed, heart expanding day!!  Phew baby!!  First, let me share all the yummy details from my first reading of the day.  Let me tell ya, if you’re not sure that a 15 minute reading can produce much… think again!! END_OF_DOCUMENT_TOKEN_TO_BE_REPLACED

Comments Off on Lisa Gawlas – Kundaline Fire, The Ankh, The Rains Of Shambhala And Some “Earth” New Too!! – 9 March 2013

Michael Henry Dunn – Update Regarding The Global Accounts: On The Ground With Neil Keenan In Indonesia – 9 March 2013

Posted on March 9, 2013 by lucas2012infos | Comments Off on Michael Henry Dunn – Update Regarding The Global Accounts: On The Ground With Neil Keenan In Indonesia – 9 March 2013

For those wondering if Neil Keenan is for real, the answer is ‘yes.’  For the many thousands (contacts in the agencies say millions) who viewed our video message “Neil Keenan – The Changing of the Guard” and have asked ‘what happened to the Christmas Announcement?’, I can only say that I now see our Irish Santa Claus on a daily basis, and will ask you to kindly remember that on the video he told us “we may have an announcement by Christmas…” (and also to recall that the Irish prefer to celebrate on St. Patrick’s Day).

I have learned that Mr. Keenan is careful with his words, and avoids false promises.

Many more pieces have fallen into place since that time. Neil has solidified his alliances with major stakeholders of the assets in the Accounts, and has laid the groundwork necessary for forward action – not only to implement debt relief for the stricken nations of Europe, but to move forward with global humanitarian projects once the Accounts have been audited and set in order.  Conversations with key figures in the Chinese leadership are progressing well.  It has been established that eighty-five per cent of the assets in the Global Accounts belong to China through the Qing Dynasty. Other stakeholders including Greece, Ireland, and Spain are also now seeking Mr. Keenan’s help.  A representative from South Korea has been here with us in Jakarta, regarding future handling of Global Account assets in that country.

Having been in Jakarta for many days now, working with Neil Keenan and his allies as this great action moves forward, I can tell you he is determined not to be one of those who is constantly posting teaser updates about imminent events.  When Neil has something to say, it will be about hard news and real actions.

It is easy to get impatient sitting by one’s computer, waiting for the great shift to happen.  I know, as for the last two years I spent many hours doing just that, as I studied the history and the issues, and took the first steps on the strange path that led me to Jakarta.  It is even easier (perhaps) to play arm-chair general, and eagerly pass on second-hand information from third-hand buddies with unidentified sources who quote secret contacts who are in touch with even more secret contacts who know things that only God and the saints have whispered to them alone.  We all know that the web is buzzing with such dubious reports.  Some of it may be malicious.  Some of it may be deliberate disinformation from the opposition.  I suspect that most of it is from well-meaning people who are desperately trying to keep hope alive, and to play what part they can.

It is a very different thing to be here on the ground, dealing with a thousand obstacles and issues (not the least of which are Jakarta traffic jams), witnessing first-hand what Neil Keenan’s ceaseless battle has been like these last few years.  I can tell you that he has been offered many tempting and seemingly easy ways out since this began.  Massive bribes, tainted funding, compromised allies…he could have taken these roads easily a long time ago. But fortunately for all of us, he happens to be exactly the blend of tough fighter, straight shooter, and instinctively compassionate guy needed at this time – a man whose sense of fair play has been deeply offended by what he’s learned of the oligarchy’s crimes in regard to the Accounts, and who is as appalled as any of us regarding the cabal’s depopulation agenda.  “Sure, I could walk away,” he told me recently, “but what’s the point if we all end up dead from these people?”

The delay since Christmas was necessary in order to proceed in the right way – a way forward that would not simply put in place a new set of greedy overlords.  A key ally on the ground in Indonesia – someone trusted by the Elders and loyal to Mr. Keenan – had been trapped by certain persons who were trying to steal some of the assets in the Accounts, and was set up to be falsely charged for his legitimate custodianship of certain notes.  The right way forward that Neil had fought to create has been blocked for many months until Mr. Martha Wibawa (known as “Nelu”) could be freed.  Loyalty both to his friend Nelu, and to the integrity of the Accounts, required that Neil work to free Nelu, and to see that the truth was told in court regarding the entrapment and attempted theft.

I was present in court with Neil Keenan on March 7th here in Jakarta as Nelu’s final sentencing hearing began, with Keenan’s strong statement in defense of Nelu having been translated into Bahasa Indonesian and submitted to the panel of three judges hearing the case.   The judges gave every appearance of careful and compassionate wisdom in their treatment of the case as Nelu calmly and with great concentration read aloud his prepared statement describing his role and actions regarding the notes he had been carrying.  At one point he was overcome by emotion and had to pause to compose himself as his young wife quietly sobbed a few feet away as he told his story.  Keenan’s statement described Nelu as a modest young man sincerely motivated by love of family and country, and it would seem that the judges perceive this as well.  As Nelu’s testimony ended, Mr. Keenan was like a restless horse at my side in his eagerness to make his own statement for the court.

At which point the hearing abruptly ended, as the chief judge gently tapped his gavel and rose to leave, with the hearing suddenly given a continuance until the following week.

Neil Keenan, as you may have heard and as I can testify, is not afraid to let his Irish temper loose when the occasion warrants it.  Two of the judges had left quickly, but Neil rose to give the third judge a piece of his mind.  I confess I was wincing in apprehension as our Celtic Tiger began to roar, but the judge seemed open to hearing what Neil was saying (well, to be honest, he was yelling, but just shy of what you might call “disturbing the peace.”).  Keenan knew, however, that the crux of the case rested on the legitimacy of the notes in question, and that the judges needed to know­­ (as indeed the world needs to know) how governments and banks allied with the cabal have played fast and loose with the Accounts for decades, seizing legitimate notes via false claims of counterfeiting, in order to then destroy them so as to avoid paying the required interest owed.

We have since learned that at the final hearing on March 13th Neil Keenan will be given a chance to speak, and we understand that a decision will be announced regarding our friend Nelu.  The prayers of all those who want to see the wealth of the world begin to benefit the people of the world will be needed, as we look hopefully for a positive outcome, which we will quickly share with you as it occurs.

Meantime, other global pieces continue to fall into place.  Here in Jakarta, I will do my best to tell you only what I have seen with my own eyes. No second hand “intel,” no spicy rumors – just the day’s events, as we fight for the dreams of 2012 here in the hard reality of 2013.

Comments Off on Michael Henry Dunn – Update Regarding The Global Accounts: On The Ground With Neil Keenan In Indonesia – 9 March 2013

“Labour is on course for big win,” says Cameron-hating Lord Ashcroft (left), who of course has no agenda here. As a blogging observateur and occasional satirist, I like Lord Ashcroft because he’s the kind of outsize glass chin you can’t miss. He’s such a power-freako, mean-lipped arse, he is the side of a barn even Cat Ballou could hit. It’s almost unfair to poke fun at him, but then poking fun at people who turn money into power without bothering to go through the hoop-la of getting elected is sort of a duty for anyone with his or her head fitted on straight. END_OF_DOCUMENT_TOKEN_TO_BE_REPLACED

Comments Off on AmericanKabuki – The Choice: More 3D Fear Games Or Not – 9 March 2013

I do not want to change your mind.  I want to touch your heart.  With your heart engaged, your mind can’t help but make the right choice for you. Notice the landscape.  Do not dismiss these new features.  They demand closer inspection.

Decide what resonates.  Listen, discern and act when you are moved to.  The OPPT asks nothing of you.  It is like a soundtrack, playing in the background as you construct your world.  Consider your life; some things you want more of, others less. END_OF_DOCUMENT_TOKEN_TO_BE_REPLACED

It seems lots of the people and those just awakening are still confused about what is what in this new transitional period and how to deal with it. What is dark and what is of the light, is that distinction even still valid? What is  true or not and should we still be labeling or judging others?  What is fact or fiction and what is Opinion and what is factual evidence? END_OF_DOCUMENT_TOKEN_TO_BE_REPLACED

Message From The Angels

Today we are going to speak of obedience. It is a word which, for many of you, conjures up images of sitting up straight in school and having to listen to your parents, teachers, and authority figures. It is a word that often brings memories of reward or punishment, or not-so-pleasant memories of being forced to behave in ways that you felt were rigid or confining. It is a word used to describe the behaviors of those who serve in religious orders, and a word otherwise not often used in spiritual circles. And yet, dear ones, this word is ripe with rich possibility for improving your own lives. END_OF_DOCUMENT_TOKEN_TO_BE_REPLACED

Posted on March 9, 2013 by lucas2012infos | Comments Off on RemovingTheShackles – Public Prosecutor In Germany Showing Keen Interest In Filings – 9 March 2013

The Public prosecutor was showing keen interest in the filings about the corporate identity of the Local District Court.

Posted by crae´dor on 5. März 2013 in “Beamten” Aufklärung, BRD Gerichtsbarkeit

I want to thank all parties involved in this blog. Many, many thanks!

I am already using the OPPT and UCC in cases of foreclosure, verdicts from alleged “judges” claiming to be judges of the Federal Republic of Germany. While I am quite familiar with the foresloure-laws of 1933 that are still being applied today. END_OF_DOCUMENT_TOKEN_TO_BE_REPLACED

Uploaded on 9 March 2013 by Suspicious0bservers END_OF_DOCUMENT_TOKEN_TO_BE_REPLACED

Comments Off on 3 Minutes News – Space Collision, Electric Sun… And A Beast – 9 March 2013