Uploaded on 13 March 2013 by Tom Lescher As I live in peace and harmony,
I’m aligned with true morality, And no longer need to figure it out,
I choose and act without a doubt. Well, the Pisces Party is starting to break up with Mars and the Moon being the first to leave. As we move toward the first quarter Moon through Aries onward let’s hope we bring with us all the natural beauty and spirit wisdom gained through the Pisces period. With Mercury turning direct Sunday we’re emerging from the “soul repair shop” and getting ready to hit the road. Hope you stay tuned up and tuned in!….. Aloha

There is so much to share, finding a starting place is rather challenging.  I think I will start by describing the last reading I had and zig zag my way thru the profound understandings of yesterday and the rest of the readings that revealed their parts of our ongoing puzzle so brilliantly! END_OF_DOCUMENT_TOKEN_TO_BE_REPLACED

Ute Posegga-Rudel – Messages From The Realms Of Light – The Arcturians : Your Parent’s Godhood – 14 March 2013

Please support my work via subscription or donation. Read the update from 21.8.12

VIDEO (recommended)
Beloveds, we are the Arcturians!

In your your world you experience a special complication which is unknown in our society. END_OF_DOCUMENT_TOKEN_TO_BE_REPLACED

Comments Off on Ute Posegga-Rudel – Messages From The Realms Of Light – The Arcturians : Your Parent’s Godhood – 14 March 2013

Uploaded on 14 March 2013 by Suspicious0bservers END_OF_DOCUMENT_TOKEN_TO_BE_REPLACED

Posted on March 14, 2013 by lucas2012infos | Comments Off on John Ward – Revealed In Full : Connections FromThe Rocks Lane Of YesterYear To The Coalition Cabinet Today – 14 March 2013 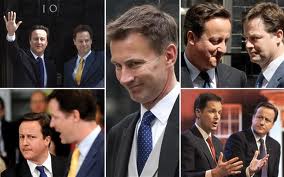 None of the above are paedopihiles. So why are they shown here?

Eurosites start to speak plainly about the Elm House scandal

Prominent Conservative donors and former Ministers, MI5 agents and senior diplomats, policemen and local government officials: they’re all on the Elm House list, and they all offer clues about Plod’s foot-dragging over the case. The Slog analyses the names, the connections, and the motives. END_OF_DOCUMENT_TOKEN_TO_BE_REPLACED

Comments Off on John Ward – Revealed In Full : Connections FromThe Rocks Lane Of YesterYear To The Coalition Cabinet Today – 14 March 2013

JAKARTA, March 14, 2013 – As this journal unfolds day by day, I begin to see that these posts are a blend: there is the Michael Dunn version of the day’s events, wherein I do my best to provide a balance of dramatic personal narrative and journalistic objectivity, and then there is the Neil Keenan version, which tends to be hard-hitting, spicy, and requires me to delete more than a few expletives.  Here’s the deal, folks: it’s bad boy and choir boy, and you’ll find a bit of both in here.  I run the draft past Neil and then we kick it around.  This time, in the wake of our crucial day in court, it went something like this: END_OF_DOCUMENT_TOKEN_TO_BE_REPLACED

Trusting the Self is your greatest gift to the world.  To stand tall, alone or even afraid is a vibrational teacher to all you meet.  How then does the Self know when to Know?  Dear one, your internal interpretation system has many avenues available to you.  You are so equipped that the system can be used for your benefit or detriment in many ways.  You see so many of these detri-mental effects utilized in your media be it ‘news,’ advertising or propaganda.  Your mental faculties can be a vital portion of your physicality.  God made no mistake.  Your mind can be an important tool of connection that serves the heart of (the) matter.   It’s your work to clarify your heart and focus your mind such that you find yourself empowered and fearless in your Love, for you are magnificent and eternal.  END_OF_DOCUMENT_TOKEN_TO_BE_REPLACED 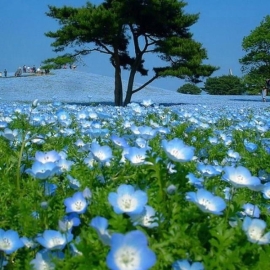 Awareness and awakening are now covering the planet like a soft, flannel blanket. Everyday it spreads further outside the boundaries and warms everyone it touches. Hearts are springing open and the whole atmosphere of the planet it shifting. The old paradigm still remains for now, but it is quickly being pushed to the side by this new way of being. This awareness and awakening started off as a few blue flowers and has spread to the far reaches of the globe. It’s power cannot be denied nor stopped nor silenced. It is what it is and it is growing everyday. I hope you are choosing to be a part of this wave that is carrying us all into the new world. Do not fight the forward motion but rather open your heart and allow it to sweep you along to a better way of being. It’s time has come and we are fortunate enough to be one of the blue flowers that are creating this magical blanket. END_OF_DOCUMENT_TOKEN_TO_BE_REPLACED

Comments Off on Visionkeeper – Blanketing The Planet – 14 March 2013