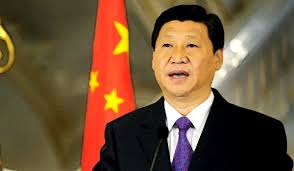 (Reuters) – Chinese President Xi Jinping warned against foreign interference in the affairs of other nations during a speech in Moscow on Saturday, sending a signal to the West and echoing a message often repeated by Russian President Vladimir Putin.

Permanent U.N. Security Council members with veto power, Russia and China have frequently teamed up diplomatically to blunt the influence of the United States and its NATO allies and have blocked three draft resolutions on Syria.

Read the whole story at www.reuters.com / link to original article