to be released theatrically April 24

the groundbreaking film is inspired by the work 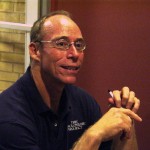 of Dr. Steven Greer and the Disclosure Project

and is narrated by actor Thomas Jane

The explosive documentary deals with the subject of UFO disclosure and clean energy.  “Sirius” was also one of the most successful crowd funding initiatives ever produced. The film includes Government and Military witnesses to the UFO secrecy, explains the connection to Free Energy and provides the vision of Contact with ET Civilizations as witnessed by the CE-5 contact teams. Never before has this wealth of information and footage been shown to the public.

“This really is the greatest story never told” says Dr. Greer, “Once people understand that classified projects have figured out how UFO’s operate, they will realize we no longer need oil, coal and nuclear power. This is the truth that has driven the secrecy.”

According to Thomas Jane, “The Sirius documentary is a powerful and important film that I encourage everyone to watch with an open mind as it truly speaks to the heart of the people who, like me, are probably okay with the government keeping secrets from its people in the name of national security, but is not okay with a secret government.”

“Given the possibility that there was something profound to explore here – something that could potentially open minds to new realms and new possibilities – we seized the opportunity to take on this project. For every story we told, we found hundreds of others. Our goal is to initiate our audience on the same journey – to open their minds and inspire them to search – and freely consider that there is more in this world than we may ever know” adds director Kaleka.

ABOUT THE DISCLOSURE PROJECT:

The Disclosure Project is a research project working to fully disclose the facts about UFOs, extraterrestrial intelligence, and classified advanced energy and propulsion systems

They have the testimony of over 100 government, military and intelligence witnesses on file testifying to their direct, personal, firsthand experience with UFOs, ETs, ET technology, and the cover-up that keeps this information secret.  There are hundreds more who have witnessed similar events.

Steven M. Greer, MD is Founder of The Disclosure Project, The Center for the Study of Extraterrestrial Intelligence (CSETI) and The Orion Project.

Father of the Disclosure movement, he presided over the groundbreaking National Press Club Disclosure Event in May, 2001. Over 20 military, government, intelligence and corporate witnesses presented compelling testimony regarding the existence of extraterrestrial life forms visiting the planet, and the reverse engineering of the energy and propulsion systems of these craft. Over one billion people heard of the press conference through the original webcast and on subsequent media coverage on BBC, CNN, CNN Worldwide, Voice of America, Pravda, Chinese media, and media outlets throughout Latin America. The webcast had 250,000 people waiting online- the largest webcast in the history of the National Press Club at that time.

A lifetime member of Alpha Omega Alpha, the nation’s most prestigious medical honor society, Dr. Greer has now retired as an emergency physician to work with CSETI, The Disclosure Project and The Orion Project. During part of his career, he was chairman of the Department of Emergency Medicine at Caldwell Memorial Hospital in North Carolina.

He is the author of four insightful books and multiple DVDs on the UFO/ET subject. He teaches groups throughout the world how to make peaceful contact with extraterrestrial civilizations, and continues to research bringing truly alternative energy sources out to the public. Dr. Greer has studied the Sanskrit Vedas extensively and has been teaching mantra meditation for over 30 years. He has also been a part of the films “Ancient Aliens” and “Thrive.”

Dr. Greer has been seen and heard by millions world-wide on CBS, the BBC, The Discovery Channel, the History channel and through many other news sources.