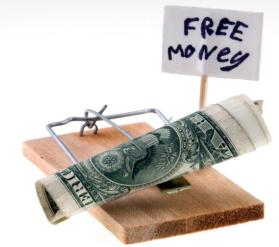 RBS Vice President Vsevolod Glukhovtsev has been charged with fraud in a Moscow court after being arrested at his home the day before. The banker allegedly hood-winked investors to finance fake construction projects in Montenegro.

“Glukhovtsev has been charged with fraud,” The Russian Interior Ministry’s Department for the Central Federal District told Interfax.

The investigators claim as soon as money was transferred to accounts of Montenegrin companies controlled by Glukhovtsev he then took the money, and provided clients with fake reports saying they owned business or property abroad. Investors did not receive promised dividends and the assets they supposedly owned did not exist or were registered for a third party, according to the Interior Ministry.

Glukhovtsev allegedly provided his investors with fake business reports which led them to believe they owned business or property abroad. Investigators say they have evidence Glukhovtsev spent the investment dollars on real estate, luxury sports cars, art and jewelry.

“According to the preliminary information alone, investigators suspect V. Glukhovtsev has received over 300 million roubles from private citizens and companies to purchase property and invest in construction in Montenegro,” Interfax reported.

Interfax first reported RBS, one of the world’s top five banks, as Glukhovtsev’s employer, and said the fraud charges are “in no way” connected to the bank’s operations.

Currently five people in Moscow have been identified as victims of the fraud scheme, and likely more will surface as the investigation unfolds.

Russian news source tvc.ru has identified one of the victims as Sergey Kardashev, the president of ABN AMRO Bank. Kardashev lost earnings on his intellectual property, an Interior Ministry employee said.

“I spoke to him, reassigned patents to the project. I received and initial payment, and then, somewhere around two years ago, these royalties stopped coming. When I found out about it, it turned out that he was going to renew the patents in his name. The process was already under way and due to law enforcement, it was suspended, and to date I have not lost the patents at all,” Kardashev told tvc.ru.

Glukhovtsev’s activities may not be limited to Russia and Montenegro. Police have reported he also has a Ukrainian passport in his name.

Glukhovtsev is a jack of many trades- banker, investor, hotel magnate with property on the Adriatic coast, a casino owner, and even a writer.