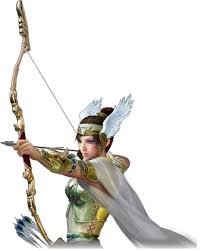 ( Lucas: I have read the article from Neil that Drake and Jean posted. It is in a way already about not understanding that what is said correctly. The OPPT is not about money or gold/silver. If you really had followed the whole story. It is not a religion nor belief.  Dear Neil and Jean and Drake  I see you talk about the money system that stays the same, the promiss of a world without wars and old currencies  reinstated as a few examples. There is a fundamental difference it seems in both approaches the one is seeking a 3D solution (Neil and others also) and others are seeking a 5D solution.

Also both have a different approach on what freedom and peace is in a universal sense. The ones in 3D think if we have a fair governance system and offerings of good business and dispersing money only via Private-Public-Partnerships in humanitarian projects all is solved and whole again. Also nobody gets real cash in its hand.  Who is fooling who?  The ones seeking the 5D  solutions are making clear we do not exchange in money or value systems anymore in the old ways. It is done in energy exchange from every free human of this world without any system or controller in between (this means by the wat not chipping humans to exchange the cash on the computer like others would love to have done).  It is a total different concept. You still have the old 3D system without getting a dime in cash. You still have to work hard or still have a flourishing own business venture needed to get rich? Right?  Whats new? If there is no system of exchange only an energy exchange without anything controlling that, there is no currency or one world coin. The crux is it is not about exchanging value anymore but just energy and doing this from a new perception of equality and unconditional love. If people could see the real potential of the human power within that is freed from the old paradigm in creating all that is needed at will, you can see there is a total difference in 3D and 5D perception on things.  The approach of making the OPPT into a religion is the same as the believing in that what should be brought forward from the Keenan Lawsuit and other prosperity package systems.  The question I hear coming forward from all those not getting what the new paradigm is about is: Where is the money and gold? Who has control over the gold and money? No really, tell us and show us!  OPPT made clear it was never about the money still some keep repeating what they wanna belief what was explained already and not what is really said. Heather has explained most things on the radio shows of the OPPT. Did you listen to them all?  The different levels of perception of things show really through. It is that what was clear to me would happen a clash needed to get going again. We are growing towards that neutrality space and will see the old 3D paradigm is really over and the new is now that what is making things work. It has to trickle through. Some will see this as a stalemate, but I think it needs to be to show others the old paradigm will never be again.  We need to take a new path and this will soon become clear if we can come together in truth with all cards open on the table. The one calls it the real truth others absolute data.  If you really wanna come clear on things and show what is and isn’t come forward with ALL data without the secrecy and other excuses. We can then make as humans our own decisions for real not by those manipulating or holding back the truth. There is a lot said and a lot said that is full of half truths, lies and insinuations. Can we let this be. Drake it does not suit you as you have done this before to attack groups and people that didn’t fit in your street nor with those you say to represent. Also Neils respons is in my view not a fair one. Therefore. I see there is a lot of work needed to get people working in a space of neutrality together.

Lucas) And now the article of 2012thebigpicture:

Not only is North Korea becoming warlike after the United States and possibly other countries have goaded them into parading their so-called nuclear weapons in front of the world, there is dissension in the ranks of the Lightworkers.

Drake has in the past attacked COBRA and said he worked for the CIA.

D at Removing the Shackles has recently said that Neil Keenan is a fraud to which Jean Haines vehemently responded to the contrary.

Some people think Drake is working for the dark.

Heather Tucci-Jaraff has twice recently ripped apart channeled messages and in effect discredited both the channeler and the information they shared.

Today Drake released a post that says Neil Keenan claims the OPPT is a fraud and Heather Tucci-Jaraff is working for the cabal.

Wes Annac blogged today that he doesn’t believe in Archons and thinks someone made them up to control us.

What is all this posturing about? Is it the last vestiges of 3D rising to the surface to be released forever?

There is much we don’t know going on in this world and off-world. Even the Galactics and the Spiritual Hierarchy have been unprepared and surprised by what has transpired to date.

What makes any human on this planet think they have all the answers? Who among us is the final authority on the truth of any channeled message? WE are. Individually. Each one of us decides what is truth and what is not—for ourselves, not for others.

Do I need to spell it out? Calling into question the validity of the work a channel does can affect their career and their ability to generate income!

What happened to tolerance? Understanding? Compassion? Suspending judgement? Working together as ONE for a common cause?

I’m not liking the energy flying around the Internet these days. It’s negative, confrontational and vindictive. Bad vibrations = bad manifestations. It feels like a lot of EGOS are getting in the way of our work. 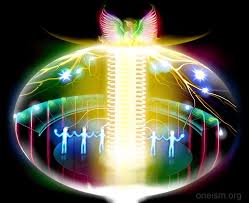 When someone I believe is a Lightworker attacks another, it makes we wonder if I was wrong about them.

We create our reality, good or bad. Can we not rise above the slinging of arrows and focus on the positive? Can we not be the shining lights we set out to be for the world? Let’s try harder, shall we?

Like Loading...
This entry was posted in Article, Links, my writings, reblog and tagged 2013, Disclosure, Earth, lucas, My writings, news, spiritual, Spiritual evolution, World, Would The Real Lightworkers Please Stand Up? - (Comment Lucas). Bookmark the permalink.