John Kohler from http://growingyourgreens.com shares more innovative ways to grow gardens in limited space, including over cement or asphalt. In Q&A from viewers, John answers questions about helping the Earth to help our bodies, humanure, compost tea, aphids, and he offers some thoughts about college degrees and directed learning. “Get your hands dirty and learn as you grow!” END_OF_DOCUMENT_TOKEN_TO_BE_REPLACED

Last night, UK Prime Minister David Cameron “threatened” to prosecute the four oil giants who stand accused (along with intermediary price reporter Platts) of manipulating the oil price for their own advantage – if they’re found guilty. Why is he only threatening to do so? And why did he only threaten to do so after the EC had already caught them at it? END_OF_DOCUMENT_TOKEN_TO_BE_REPLACED

Comments Off on John Ward – Cameron & The Manipilators : Why A Whore Never Turns On His Pimps – 16 May 2013

It is through connection and separation that earthly life continues.  Deep within your individual cells is the knowledge of the functionality of the whole, for each is connected and interdependent for its own survival.  You see evidence of the fractal reality as cells create an organ, which creates a system, which creates a self, which creates humanity, which creates choice, and life expands.  As you interact with life, you Access Totality through your profound connection and heartfelt understanding of the value of your separation.  Your allowance and choice is your access into the totality of life, creation itself.  It lives within you, through you and around you.  As you become aware of the invisible connection, the interdependence and the continual change that is born through you, you allow improvement into the world around you. END_OF_DOCUMENT_TOKEN_TO_BE_REPLACED 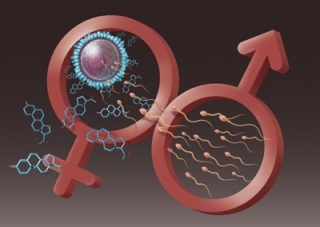 This has been an interesting journey so far and I am not even to my destinations yet.  When I woke up on Monday, the day I left out of New Mexico heading for the East Coast, oh my lord did my lower back hurt like hell.  I think I now know what a plant must feel when it is getting re-potted   There was no physical reason for my serious discomfort and as I felt into my root charka, I knew…  or so I thought. END_OF_DOCUMENT_TOKEN_TO_BE_REPLACED

Tagged 16 May, 2013, Disclosure, Earth, From Fertilization TO DNA Activation And Other Stuff Too, Lisa Gawlas, news, spiritual, Spiritual evolution, World

John Ward – Tory Leadership : Why Cameron Will Come Back To Face Serious Trouble This Time – 16 May 2013

The Tory Right senses that its hour has come

The campaign to hoof David Cameron out of Number Ten is gathering pace. Eight days ago I posted to suggest where all this was leading:

‘Mr Cameron cannot win this one. The MSM titles are a tad short on precisely where this pressure for an early referendum is coming from – perhaps because it’s coming from at least two well-known media owners…..At the weekend, a Conservative source remarked to me that “the Right wants the referendum to turn into a giant vote of no-confidence in Cameron”. I think he’s almost certainly right, and I think it probably would.’

Yesterday, Ben Brogan at the Telegraph wrote this in his regular column: END_OF_DOCUMENT_TOKEN_TO_BE_REPLACED

Comments Off on John Ward – Tory Leadership : Why Cameron Will Come Back To Face Serious Trouble This Time – 16 May 2013

I had some old rotting wood boxes removed from along side a shed the other day. They were here when I bought the house and I really didn’t like seeing them. I was happy to pay the guy to come tear them apart and take the mess away, but I was stunned at what I had to pay the landfill to leave it there! It is no wonder there is so much trash tossed along roadsides and thrown into the woods. Who can afford to dispose of their junk appropriately? You drive around the  run-down sections of town and you see so much junk filling up empty spaces in people’s yards. At first blush one probably thinks they just don’t care about keeping their yards looking nice, but if you bother to look more deeply at this scenario you can see why a great deal of that trash is piled high in people’s yards. They cannot afford to dispose of it properly. END_OF_DOCUMENT_TOKEN_TO_BE_REPLACED

(Picture :  The German economy is still growing, but only barely. Here, the port of Bremerhaven.)

The European common currency zone has now been in recession for six straight quarters, with three of the bloc’s four largest economies now suffering persistent negative growth. Could the Continent’s pursuit of austerity be backfiring? German commentators believe the answer is yes.

Japan can finally breathe a sigh of relief. After more than a decade of economic stagnation, the country’s economy is growing again, fuelled by the massive stimulus measures taken by new Prime Minister Shinzo Abe.

Read the whole article at:  www.spiegel.de / link to original article

Comments Off on Der Spiegel – World From Berlin: ‘Austerity Is Making European Economy Sicker’ – 16 May 2013

Uploaded on 15 May 2013 by Suspicious0bservers END_OF_DOCUMENT_TOKEN_TO_BE_REPLACED

Uploaded on 16 May 2013 by Ron Van Dyke This the second recorded and uploaded videos of conversations with Aristomenes Christos Papageorgopolous and Ron, the first being last week. In this video they discuss scapegoating, feeling emotional lows, the ego, judging, dealing with evil and other things. Recognizing ourselves in others and saying, “There, but for the grace of God, go I.” We are each everything, which is an integral part of awakening. In the Enneagram of Personality, Aristo, like Ron, is a nine. The important thing is to come from the heart more than the mind, but not to eliminate the ego mind, just to be inclusive and let it heal by coming into balance. It’s okay to feel whatever we feel without fighting ourselves. Ultimately, life is about learning to love All That Is. By this, we will ultimately experience peace, within and without.