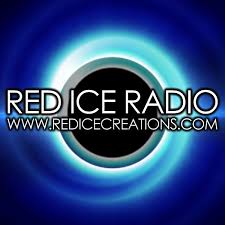 “Top Priority: The Terror Within” is a documentary film by Fleur De Lis Film Studios. It features an incredible true story of Julia Davis, a national security whistleblower who was falsely declared a “Domestic Terrorist” and subjected to retaliation of unprecedented proportions by the Department of Homeland Security.

She joins us to discuss what happened when she discovered and reported a breach of national security at the largest and busiest land border crossing in the U.S. on 4th of July, 2004. The DHS failed to act on her reports but instead of correcting the shortcomings exposed by Julia’s report, they opened investigations against her.

Her husband BJ, a film producer who documented these events with a camera, also joins in to talk about the detailed events of this major story, never reported on by mainstream media, although Julia took her case to court and won. They’ll detail unprecedented retaliation and abuses of the Patriot Act in Julia’s case and talk about how the DHS spent American taxpayer’s money on warrantless surveillance, including aerial surveillance with a Blackhawk helicopter and a fixed-wing airplane, wiretaps, sneak and peek burglaries, Internet monitoring and On-Star tracking of the Davis family.

They’ll explain why this story was never reported on by mainstream media and who was involved. In the second hour, we hear about several deaths connected to this story including Julia’s father, her neighbor who filmed the footage of the Blackhawk and the actress Brittany Murphy as well as her husband. Julia and BJ talk about the diminishing of our American rights amongst “terror theatre 101.” Don’t miss this astonishing story of the real terror, within the US government.