Here we are again! Hello to you! Today I would like to follow on with another question from one of the translator team. Again I TRUST myself … as it is pushing my boundaries somewhat … yet good to do so and good for the whole! OK … here goes … What is the true explanation for the different races and languages on our planet? Over to you! END_OF_DOCUMENT_TOKEN_TO_BE_REPLACED

Comments Off on Blossom Goodchild – 5 June 2013

A 34 year old journalist has single handedly exposed a deceitful scheme involving the major South African banks.
Peter Moyo from SABC3’s Special Assignment is a hero.
Maintaining journalistic integrity at all times, Peter and his camera man, Casher, flew around the country to examine every side of the story. END_OF_DOCUMENT_TOKEN_TO_BE_REPLACED 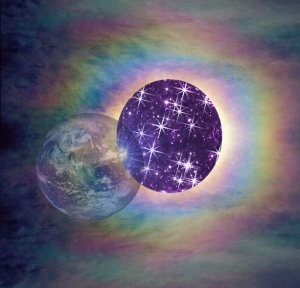 I think the space between phase 1 and phase 2 must have completely unplugged my energy pack from my body!  On the 3rd of June, tired hit me about noon, like a ton of bricks.  By 3pm I couldn’t fight the lead weights hanging on my eyelids any longer and gave in to sleep.  I feel into a coma like sleep until 9pm, waking up thinking it was the next day and ready to go, until I realized it was way to dark outside to be 9am.  Just shit, I had a whole nights sleep as a nap.  I stared at TV until my brains went back into the fog bank of sleep… about 12:30am and had scattered sleep until I finally got up at 3:30am.  One would have thought I would be like the energized bunny yesterday.  Not even in the slightest.  By 8am, I was ready to go back to bed.  So I took a bath instead.  I just want to know what the heck is happening in my crazy body these days.  To tell you how slow on the uptake I am these days, my team showed me an image in my bath, over and over again and for the life of me, I could not figure out what it meant.  Dah!! END_OF_DOCUMENT_TOKEN_TO_BE_REPLACED

Comments Off on Lisa Gawlas – The Energy Of June Into July And The Big Cleanse! – 5 June 2013

“Well, we are just filling light bulbs with paint,” said my friend, a cafe owner in Cihangir, the Soho of Istanbul. Speaking to me on the phone, she sounded as relaxed as if she was baking an apple pie. “You know,” she continued, “the only way to stop a TOMA is to throw paint on its window so that the vehicle loses orientation.”   END_OF_DOCUMENT_TOKEN_TO_BE_REPLACED

Please excuse me for not have written part 3 myself. I have been trying to find the words to explain what has been happening to me and within me for the last 4/5 days and adequate words are failing me terribly. Below is an article released today by GW Hardin and it comes closer than anything I attempted, the content and timing of this piece is more than synchronistic. The description below of the potential nature, power and function of our DNA explains and describes my personal experience of late. I can confirm DNA speaks to, interacts with and even activates DNA embodied in another form. Yes we are transmitters and receivers and the message goes out to and can be felt by all of creation.
I am sensing, seeing, playing and dancing with magnetic energy in a way I never have before. END_OF_DOCUMENT_TOKEN_TO_BE_REPLACED

Uploaded on 5 June 2013 by Suspicious0bservers END_OF_DOCUMENT_TOKEN_TO_BE_REPLACED

Posted on June 5, 2013 by lucas2012infos | Comments Off on TheWesternCenterForJournalism – Congressman Blames Victims Of IRS Scrutiny For Targeting Activity – 5 June 2013

The audacity of this guy (Democrat Congressman McDermott from Washington State…)  (Lucas : This shows how far away your corporate Congress and Senate are from the reality. They accuse the victims!) END_OF_DOCUMENT_TOKEN_TO_BE_REPLACED

Posted on June 5, 2013 by lucas2012infos | Comments Off on EFF – Katia Rodriguez – Internet Surveilance And Free Speech : The United Nations Makes The Connection -5 June 2013

Frank La Rue, the United Nations Special Rapporteur on Freedom of Expression and Opinion delivered this week a landmark report [PDF] on state surveillance and freedom of expression. In preparation, the Special Rapporteur reviewed relevant studies, consulted with experts including EFF, and participated in the state surveillance and human rights workshop we organized last year.  Today, EFF’s Katitza Rodriguez has been taking part in the first detailed conversation about State Surveillance and Human Rights at the U.N., held by the 47 member states of the Human Rights Council during the U.N.’s 23th session in Geneva. END_OF_DOCUMENT_TOKEN_TO_BE_REPLACED

Uploaded on 5 June 2013 by Ron Van Dyke Reading the many comments posted yesterday in regard to my conversation with Bill Ballard was interesting to say the least. Some openly criticized Bill, while others said they had been trying for a long time to tell me what he told me. Most seemed simply happy to see the two of us doing a video together. I’ve been reflecting on these attitudes and perspectives since our conversation, and will continue that in this video. I especially want to consider the question in today’s title: Is anyone really out of the system? As I see it, no one really is “outside” of what is happening now on earth. We are each, by varying degrees, still limited by the Matrix of control, whether we admit it to ourselves or not, even if we don’t like it. Yet, for me, I choose to respect those who seem to have a different role than me in this awakening process.

Today, especially in New Age circles, the term ‘shamanism’ is often used in a generalised way to describe all kinds of indigenous magical practices in a wide range of cultures worldwide. It has also been projected back into a past that it never had, so we can find modern books on so-called ‘Celtic shamanism’ and even ‘Ancient Egyptian shamanism’. Modern writers on the subject such as Dr. Michael Harner have also created what is called ‘core shamanism’ or ‘urban shamanism’. END_OF_DOCUMENT_TOKEN_TO_BE_REPLACED