In The Matrix, the hacker Neo discovers how the world is keeping track of what he does. Google+ likes to do the same.

Pretty much everyone (myself included) has been reading Google+ wrongly. Because it bears many superficial resemblances to social networks such as Facebook or Twitter – you can “befriend” people, you can “follow” people without their following you back – we’ve thought that it is a social network, and judged it on that basis. By which metric, it does pretty poorly – little visible engagement, pretty much no impact on the outside world.

Read the whole story at: www.guardian.co.uk/  link to original  article

Comments Off on TheGuardian – Google+ Isn’t A Social Network; It’s The Matrix – 8 June 2013

Windows as an OS has traditionally supported biometric devices such as fingerprint readers through third party software and drivers. Microsoft has now announced that Windows 8.1 will bring native support for fingerprint readers. It will also allow users to lock individual folders in the system with fingerprints! END_OF_DOCUMENT_TOKEN_TO_BE_REPLACED

(Lucas : I always say keep an open mind and also discern yourselves.)

This could be the most astonishing Scientific footage you’ll see this year…
the UTRON is a piece of solid aluminium made of an upper and lower cone each with a ‘vertex angle’ of ninety degrees – there’s nothing special about it, UNTIL you spin it at 30,000 revs with at power drill. END_OF_DOCUMENT_TOKEN_TO_BE_REPLACED

This progression of awareness is catapulting you forward – as it must so that transformation and ascension can occur.  You have to do this yourself.  It cannot be handed to you or happen only while you are unaware.  It is being played out in “real time” as you have desired it.  You wanted the ultimate – you wanted to move from disconnected in every way to completely integrated. END_OF_DOCUMENT_TOKEN_TO_BE_REPLACED 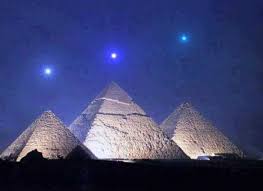 Below is the text read out at the start of the show today of the powerful affirmation related to breaking banking contracts. Archive will be June 6 2013 available at the link right at the bottom END_OF_DOCUMENT_TOKEN_TO_BE_REPLACED

John Ward – The Saturday Essay – Why Arguing In Favour Of Simply Changing The System Leaves Out The Most Vital Element Of All: US – 8 June 2013

Posted on June 8, 2013 by lucas2012infos | Comments Off on John Ward – The Saturday Essay – Why Arguing In Favour Of Simply Changing The System Leaves Out The Most Vital Element Of All: US – 8 June 2013

Beat the system, work the system, drop out of the system, smash the system, reform the system: we’ve all seen them on demo placards over the years. But as always with Hubris sapiens, the ultimate denialist, we ignore the real problem.

A common phrase in the newspapers of my youth was ‘the Body Politic’. The human analogy was obvious. We used in turn to talk about a body of knowledge, the body of the Kirk, and so forth. Then several bright but useless persons in America realised they had to invent a need for themselves. This became Management Consultancy. Management Consultancy began to stress the need for systematic analysis: the way to more efficient company performance, they lied, was to improve the process – the system. From this came an early example of jargobollocks: the word ‘systemic’. END_OF_DOCUMENT_TOKEN_TO_BE_REPLACED

Comments Off on John Ward – The Saturday Essay – Why Arguing In Favour Of Simply Changing The System Leaves Out The Most Vital Element Of All: US – 8 June 2013

Tagged 2013, 8 June, Disclosure, Earth, John Ward, news, spiritual, Spiritual evolution, The Saturday Essay - Why Arguing In Favour Of Simply Changing The System Leaves Out The Most Vital Element Of All: US, World

The NSA data-mining scandal is only one of dozens of strong pieces of evidence that the cabal of shadowy Power Elite are right on the brink of being publicly exposed and brought to justice — as we’ve been anticipating for years now.

Once this happens, it will soon become the most significant event in all of modern history — dwarfing 9/11 by many orders of magnitude as a game-changer. END_OF_DOCUMENT_TOKEN_TO_BE_REPLACED