Not that it matters overmuch, but some time back I posted a brief piece to the effect that the lousy weather must be having an effect on the European food chain…and I wondered why nobody in authority hahahaha, sorry about that, was discussing what we should do about it. As I’ve said before, I am no climate/weather expert, but I have this astonishing ability to feel cold, observe snow falling in May, notice rain and clouds – even read a thermometer. It’s a gift, and I just thank God for it, she’s a very clever girl. END_OF_DOCUMENT_TOKEN_TO_BE_REPLACED

Uploaded on 13 June 2013 by Suspicious0bservers END_OF_DOCUMENT_TOKEN_TO_BE_REPLACED

Well my friends, I know I’ve been seriously delinquent with the updates, but life has conspired to keep me away from the computer.  We’ve tried to record things here, but then can’t get them uploaded to post as we’ve been so ridiculously busy.  I’m considering trying to do recorded updates, where I just talk it all through….. but then I’d still have to get them uploaded, lol! END_OF_DOCUMENT_TOKEN_TO_BE_REPLACED 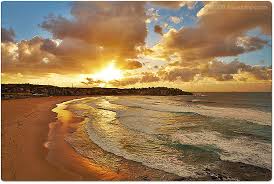 For some it is not easy to see that things have changed and old patterns and dogmas or even routines are no more applicable or to be used.  I still see people teaching the 3D/4D  way of what is and how to do.  They have not grasped that maybe some ways they still teach are not for this 5D paradigm anymore. I tried to explain that to some but it is as it is. They have to realize the what and how themselves. Also know that what often has been written or spoken is also a mirror to those doing so as well as the listeners and readers.  It is just a process for everybody (also me) and no one is exempt from that. END_OF_DOCUMENT_TOKEN_TO_BE_REPLACED

Tagged 13 June, 2013, Disclosure, Earth, lucas, message, My writings, news, spiritual, Spiritual evolution, The Way No More - The New Direction - The Light Toned Back Till All Can See, World

Greetings, I am Mira.

I am happy to be speaking with you today. At this juncture on the Earth and around the Earth there is a lot of turmoil. It can not only be seen but also experienced. Many people are choosing to leave their incarnations and this will continue. I am a part of the Earth Council. We are working diligently to assist all parties with their choices and to keep a watchful eye on the progress of the Earth and the ascension. END_OF_DOCUMENT_TOKEN_TO_BE_REPLACED

A couple of weeks ago I announced that I was starting to feel that things had shifted for the good. I felt it strongly and it is proving to be true.

On Sunday, June 9, I attended one of the most positive talks I have heard about the future of the planet. It was at the San Francisco Tesla Society and it featured a talk with Foster Gamble. “Foster Gamble and his wife Kimberly are producers of the “Thrive” documentary movie which they wrote and released on 11/11/2011.  Thrive has been seen by millions of viewers worldwide. This credible fact-based film featuring several SF Tesla Society alumni is an uplifting significant call for reform against inventor abuse, parasitic fiat currencies and corrupt science policies affecting our energy access, health and food quality.  Thrive reform solutions recommended are doable, non-violent, inspiring and definitely grass roots.  The San Francisco Tesla Society officially allied itself as a Thrive Movement supportive organization in November of 2012 and you can find us listed as one of 700 solution based groups at http://thrivemovement.com.”

The talk was entitled “Strategies for Mainstreaming Alternative Energy Technologies”. Gamble’s main statement is that it takes three things for change on the planet: “integrity, freedom and nonviolation.” He maintains that free energy would bring abundance and change that is necessary for the healing of the planet. In fact, on the Thrive website there is a “Solutions Hub” that works naturally with the flow of energy that can be systemically used to solve problems.

Some of you might remember me mentioning this movie when it first came out. If you have not seen it I highly recommend it. Check out the website too and see where the information might apply to you.

It feels as though change is happening from the bottom up. We no longer can or should rely on the government to take care of all of our needs. For instance, in California we had Proposition 37 on the most recent California State Ballot which would require that GMO (genetically modified organisms) would have to be labeled on all of our foods. Well, you can imagine what happened, can’t you? Monsanto was against it and even though most of the populace was in favor of the labeling, Monsanto launched a misinformation campaign and the proposition was defeated. (By the way, I recently learned that Bill Gates is the largest stockholder of Monsanto.)

As a result, a nationwide movement started and recently a GMO labeling bill was passed in Connecticut which also affects the four or five states surrounding it.

One genius proposed that an application be created that would have all of the GMO information on smart phones so that people could scan products in the grocery store and know what was in them. This technology would create self-reliance would eliminate the need for governmental laws to make GMO labels mandatory.  A few applications of this nature are beginning to come out.

As a planet we are springing forth with innovation, genius, technology, heart, love and Light to change the world in which we live. We need to use our resourcefulness, intelligence and intuition to be resilient to what is going on around us. For every challenge there is opportunity and we need to remember this so that instead of accepting the old ways of doing things we become empowered and take our planet back in love, Light and into higher dimensions.

Consciousness is everything. The more that we raise our vibrations, become increasingly aware and increase our frequencies the faster we will progress with our ascension. This is our time, ground crew. This is why we are here. Please tap into your hearts and realize what I am saying.

This is the Moment   A Poem by Valerie Donner

This is the moment.

This is the time.

Lightworkers are you ready

To get in line?

Are you willing to work

With what you have got,

To step up planetary healing,

To release the rot?

You can’t just sit there

We work for the Earth

And for our sisters and brothers.

Our time is here

And so are we.

To create a victory?

This is the moment.

This is the time.

And make it sublime.

via www.absolute-data-exchange.com / link to original article

Posted on June 13, 2013 by lucas2012infos | Comments Off on Alberta Health Minister Fires Entire Board Over Executive Bonusses – 13 June 2013

The Alberta government has taken the extraordinary step of firing the health superboard that makes day-to-day decisions regarding operations at the province’s hospitals and clinics after board members refused, even when asked by the Health Minister, to revoke executive bonuses.

With opposition parties questioning the mandate of the politically appointed Alberta Health Services board, Alberta Health Minister Fred Horne said the provincial cabinet made the decision to yank all 10 members of the board – which included chairman Stephen Lockwood – because they refused to stand down from a budget that saw as much as $3.2-million in bonus pay awarded to 99 health-care executives.

Read the whole story at: www.theglobeandmail.com/ link to original article