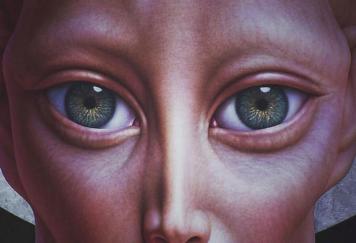 Several shifts have taken place and it is that what I hear and read people have experienced as well as I have done so.   The shifts in feeling a second body, let us call it for now “spiritual body” being moving  around in your physical one. Experiencing a sort of bi-location in being in two places or levels of experience in one moment of the now.  Feeling shifts in consciousness. Expressing new capabilities as Telepathy, etc.  Seeing manifesting capabilities really work in just moments.  The evidence things are changing and realities are shifting are growing day by day.

People are searching in the now for their way to be. That can be starting new occupations, relationships, business or finding people who you can work with on projects. The finding your new ways is often based on synchronistic events or even the total resonance amongst certain people .  The one calls its finding your soul group others just say it is  finding your way with those that resonate with you and you’re doing.  It is all based on the levels of consciousness that people are in.

It is just a fact that still is misunderstood. If people are on a path together some travel faster than others for multiple reasons and some make a detour or even stop for a while going at all. It just all right as it is just  being on that point where you are. This does not mean your lesser than or superior as your fellow travelers on that road. Maybe you are going in a faster pace and  go through your processes towards the shift faster and some master things earlier so what! It still does not make anybody right or  wrong for saying to be further on their path. Just get that!

In the  for some perceived as  a unity paradox experience, people are still thinking and joining different groups.  For some that are soul groups, for others it just are groups that have a certain way of thinking or perception on reality, for others it are groups of same level consciousness or just groups that work together on a project . So in this group forming also still plays the opposite polarity a great role. We still need to see there is no unity in not including the opposites also in the story. We only can close a book when the whole story is told not just one-side of the story.  So division is not only in polarities but also levels in all sorts of ways shown.

For me the arcturians have a great way of doing things. They are relating more to  geometrics and its energetic vibrational message and knowledge that can be used in several ways without going in dis-unity.  The sacred geometrics are in itself already harmonious forms that represent, even in being different, unity as a form, structure of figure.  If we see that, we can maybe understand that a paradox in unity and seemingly division does not exist.  If we can perceive things in a different way we will see that difference is no more.  Just uniqueness of expression of the buidling blocks that make up all that is manifestation.

So my acturian friends show their wisdom as they are masters of sacred geometry and analytical stuff. The advanced way of the arcturians expresses  itself in their technology. If we only could see  1 and 1 are still one and also it is at the same time 2 it makes maybe something clear to you. Being on different paths or levels does not mean being different or being in division. It is just an expression of your path in the moment of now. Also that what is called dark for example has its functionality. It seems to be total the opposite  from light but it is not. It is just part of the whole experience and perception of being aware of the shades of darkness or light intensities  that not could have been experienced without both light and darkness that are just needed both.

The uniting both is what we are going to see. This means also our experience of this extreme polarities or duality is no more. It makes that newly soft tone emotional expressions or feelings you never had before are beginning to express itself through you. The fields are merging slowly into unity.  For everybody that process will be in his or her time of the now.  So do not hit each time some one for being his of her unique self on his or her path in his or her time of the now.  We all go that way but still are one also.

Like Loading...
This entry was posted in Article, Links, my writings and tagged 19 June, 2013, Disclosure, Earth, lucas, message, My writings, news, Searching For The Way - The Unity Paradox And Arcturian Insights, spiritual, Spiritual evolution, World. Bookmark the permalink.