John Ward – The Paedofile : The Worst Case Of Deliberate Distraction Yet, And A Criminal Miscarriage Of Justice – 21 June 2013

Posted on June 21, 2013 by lucas2012infos | Comments Off on John Ward – The Paedofile : The Worst Case Of Deliberate Distraction Yet, And A Criminal Miscarriage Of Justice – 21 June 2013 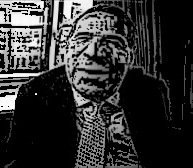 Jeremy Forrest, the maths teacher who fled with a pupil to France, has been jailed for five-and-a-half years after pleading guilty to five new charges of sexual activity with a child. He had also been charged with abduction of a child.

What follows may disturb some Sloggers, but I can’t apologise for that: this is what I think based on the evidence, and this is what I believe is going on. What the Establishment has been trying to do here – pretty much from the day the Elm House saga emerged – is to obfuscate meanings and blur lines between what I would call “irresponsible sex with a minor” and “mainstream psychotic, sadistic abuse of innocent children sometimes involving organised international trafficking”.

Last September I posted a piece about Jeremy Forrest and Megan Stammers. I urge you all to read it and make your own minds up, but this is a paragraph that still holds water for me:

‘Were this to be my problem to solve as an Education and/or Home Office Minister, I would extradite the couple and fire Mr Forrest: he will have a moral turpitude clause in his contract (so he must pay the price for obeying the dictates of the purple helmet) while Miss Stammers is 15 not 18 – and must therefore be returned to the legal control of her parents.’

Well, as we can all read today, that didn’t happen. And at the end of the 2012 Slogpost, I suspected just that:

‘I’ll be interested to see in the coming days what the political class makes of it all. This is, we should remember, the political class which has tolerated an iniquitous and endemic minority ring of devious paedophiles in both our educational and childcare systems for over 30 years now. Were they to bay for Forrest’s blood, it would represent hypocrisy of the highest order.

So I imagine that’s what they’ll do.’

How utterly predictable the Establishment of our nation is. Let me present my evidence for seeing it this way: but let me at the outset once more repeat that I do not condone what Mr Forrest did, because he betrayed a position of trust. I said at the time, “Fire the bugger”. But to give him a five and a half year sentence while child-buggerers walk free? It’s beyond belief.

Take a look at this shot of Forrest and Stammers as they left Britain:

He is 30, she is 15. That’s roughly the same age difference between my estranged wife and I.

Ms Stammers has developed an obvious bust, hips and all the stance of a woman. To accuse Forrest of unlawful sexual intercourse with a child – on the basis of this shot alone – is ridiculous.

The Court – and the Judge – openly admit that Ms Stammers gave her full and enthusiastic consent to their escape abroad. So I need someone – anyone – to explain for me please: how can you abduct a mature teenager who is a willing accomplice to flight? Isn’t this like rape with consent?

Now get this: Judge Lawson banned him from working or volunteering with children and unsupervised contact with children forever. Utterly astonishing.

This piece of judicial ignorance comes hot on the heels of Michael Gove’s lunatic decision in relation to an infinitely more pernicious (and genuine) paedophile teacher as featured here last week:

‘Geoffrey Bettley, an RE teacher from a Catholic School in West Yorkshire, who had almost 200 indecent images of children on his computer, is allowed to continue to teach, the Education Secretary has decided. Michael Gove said “I have considered this case and the need to be proportionate and also to act in the public interest … Although the findings in this case are serious ones, I support the recommendation of the panel that a prohibition order should not be applied in this case.”’

Now let’s turn to how the Daily Telegraph was guilty of twisting the interpretation of Court events. It noted sanctimoniously that ‘As he was convicted of child abduction, it emerged that he is unrepentant and intends to be reunited with the teenager on his release from prison.’

Now, I think Jeremy Forrest should repent the sin of being a teacher in a position of responsibility, while letting his sexual urges get the better of him. But the way the word is used in the article, the imputation is clear: he must be an incorrigible abuser of children. Bollocks. And, is he guilty – two key words here – of child abduction? Absolute crap – no he isn’t. Neither word can be legally proved – indeed, in a case like this they should have been ruled inadmissable.

Think on this: Ms Stammers has remained faithful to her lover throughout the trauma. She mouthed “I’m sorry” as he was led down. Mr Forrest is going to serve over five years in a prison where knuckleheads will, no doubt, make his life a misery. Openly kiddie-porn admiring teacher Geoffrey Bettley, by comparison, has not just retained his freedom: he’s retained his right to be near children – genuine children – pornographic images of whom he is clearly an addicted collector.

As I have written many times before, there are only two possible extrapolations from the quite astoundingly hypocritical nature of this case: either the media are bone idle and the Establishment boneheaded, or there is more in play here than we know about.

I stress again: I am not excusing what Jeremy Forrest did. I am merely pointing out on an evidenced basis why the media/judiciary response to it is inexcusable to the point of being highly suspicious.

Like Loading...
This entry was posted in Article, Links, reblog and tagged 2013, 21 June, And A Criminal Miscarriage Of Justice, channeling, channelings, Disclosure, Earth, John Ward, news, spiritual, Spiritual evolution, The Paedofile : The Worst Case Of Deliberate Distraction Yet, World. Bookmark the permalink.