Inside Anglo – The Secret Recordings – Exclusive: Tapes Reveal The Lies And Deception That Led To The Bank Bailout – 25 June 2013

Posted on June 25, 2013 by lucas2012infos | Comments Off on Inside Anglo – The Secret Recordings – Exclusive: Tapes Reveal The Lies And Deception That Led To The Bank Bailout – 25 June 2013 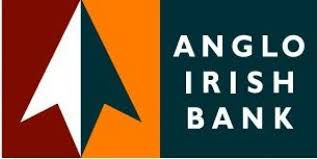 TAPE RECORDINGS from inside doomed Anglo Irish Bank reveal for the first time how the bank’s top executives lied to the Government about the true extent of losses at the institution.

The astonishing tapes show senior manager John Bowe, who had been involved in negotiations with the Central Bank, laughing and joking as he tells another senior manager, Peter Fitzgerald, how Anglo was luring the State into giving it billions of euro.

Mr Fitzgerald had not been involved in the negotiations with the Central Bank and has confirmed he was unaware of any strategy or intention to mislead the authorities. Mr Bowe, in a statement last night, categorically denied that he had misled the Central Bank.

The audio recordings are from the bank’s own internal telephone system and date from the heart of the financial crisis that brought the State to its knees in September 2008.

Anglo itself was within days of complete meltdown – and in the years ahead would eat up €30bn of taxpayer money. Mr Bowe speaks about how the State had been asked for €7bn to bail out Anglo – but Anglo’s negotiators knew all along this was not enough to save the bank.

The plan was that once the State began the flow of money, it would be unable to stop.

Mr Bowe is asked by Mr Fitzgerald how they had come up with the figure of €7bn. He laughs as he is taped saying: “Just, as Drummer (then-CEO David Drumm) would say, ‘picked it out of my arse’.”

See the videos/tapes and read the full story at: www.independent.ie / link to original article

Like Loading...
This entry was posted in Article, Links, reblog, video and tagged 2013, 25 June, Disclosure, Earth, Inside Anglo, news, spiritual, Spiritual evolution, The Secret Recordings - Exclusive: Tapes Reveal The Lies And Deception That Led To The Bank Bailout, video, World. Bookmark the permalink.