Posted on July 4, 2013 by lucas2012infos | Comments Off on Canada : High River Citizens Rightfully Suspicious As RCMP Changes Story Over Removal Of Guns – 4 July 2013

As usual following a false flag, the story changes as the establishment/media do damage control after RCMP’s overstepping of citizens’ rights in Albert gun confiscation. They can spin it any way they like, but it doesn’t change what happened.

Officers said residents left their guns “scattered about” when they fled the high waters. Really? Scattered about?

Even if the weapons were unsecured, if no one is allowed back to the town, then who would be able to steal the guns, other than the Mounties?

Harper scored a few points when he told the RCMP to return the guns, but the owners still have to jump through hoops to get their property back from “safe keeping”.

The feds might not have such an easy time as they thought snatching weapons from Canadians.

What happened to THIS kind of Mountie? 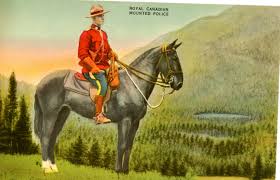 On Friday afternoon, when Mounties responding to the recent major floods in southern Alberta sent out a media release concerning the force’s removal of firearms from flooded-out homes, the tone had changed.

Gone were the Royal Canadian Mounted Police’s prior references to firearms having been “seized.” Now it was all about Mounties “taking possession” of firearms.

Also absent were all the earlier allusions to the RCMP having taken guns that had been “unsafely stored.” Now it was all about finding firearms that were “in plain view” and the force had “no way of assuring [would] remain secure.”

What hasn’t changed, of course, are the facts of what occurred.

The small town of High River (a tragically apt name in recent weeks), south of Calgary, has been devastated. The 13,000 inhabitants were evacuated and haven’t been allowed back yet. RCMP officers, as part of search and rescue teams, moved through the town after the waters rose, forcing their way into houses to check for survivors, stranded pets and the bodies of anyone who may have perished.

This is all to the good — indeed, it’s part of their duties as first responders. And the emergency declarations in place in southern Alberta certainly gave them the authority to enter private homes without need of a warrant.

But why were they removing firearms?

According to the RCMP’s original version of events, when officers were “seizing” firearms that were stored “unsafely,” they had a plausible explanation, though one that left many (myself included) uncomfortable. The RCMP left itself wide open to suspicions that while engaged in “search and rescue” operations, officers also took advantage of the access rights granted by the state of emergency to have a little bit of a look around at what people get up to inside their homes.

Even if that was the case, it would still be legal to take guns stored unsafely.

The Firearms Act lays out pretty clear guidelines for what constitutes safe storage of a firearm. Non-restricted guns, typically hunting rifles and shotguns, are the most common firearms in Canada, and must be stored unloaded and separate from ammunition. They must also be disabled either by a locking device, such as a trigger lock, or by removing critical mechanical components.

If a police officer, engaged in legitimate rescue operations, discovered a firearm that was not stored in accordance with those provisions, there is legal justification for seizing it, just like there would be for drugs or other contraband.

We won’t know the details until residents are able to return home and discover exactly how thorough the RCMP’s gun-removal efforts were.

But what about guns stored in full compliance with the law inside a flooded home? Would an unloaded rifle with its bolt removed, or an unloaded shotgun with a trigger lock, also be “taken possession” of?

The RCMP in High River claims there was no specific order given. It was left to the discretion of officers to decide whether firearms encountered during top-to-bottom searches of flooded homes were “safe.”

Corporal Darrin Turnbull told the National Post as officers swept houses for survivors or abandoned pets, necessarily checking closets and under beds in that process, they would find firearms, and decide in the heat of the moment whether it was safe to leave them there.

There’s a certain logic to that, and given the broad authority granted by emergency declarations, such actions would almost certainly be legal. But you can’t blame gun owners for being suspicious.

Cpl. Turnbill reported many firearms were left scattered about where their owners dropped them as they fled the sudden rise in water levels. You can understand a police officer who finds a stack of guns next to an open front door might feel they’re better off in a police lockup. Fair enough.

But what about a trigger-locked gun on the top shelf of a bedroom closet in a locked house? There’s no threat to public safety there. If guns were taken in those kinds of situations, too, it won’t feel like the RCMP did you a favour by securing your gun. It will feel like it seized your lawful, and lawfully stored, property when it saw the chance to do so.

We won’t know the details until residents are able to return home and discover exactly how thorough the RCMP’s gun-removal efforts were. But if individual officers were waging their own little gun-clearing campaign under the cover offered by an unfolding disaster, High River residents — and lawful Canadian gun owners everywhere — will be entirely justified in raising hell.

Days after seizing guns from High River homes, Mounties outline how residents can get them back

HIGH RIVER, Alta. — Mounties have outlined the process for flood evacuees in a flooded southern Alberta town to get their seized firearms back.

The Mounties took the guns as officers searched homes in High River’s flood zone to look for flood victims, pets and anything that might pose a threat to returning residents.

Some residents were up in arms that police seized their guns, and the office of Prime Minister Harper issued a directive to Mounties demanding the weapons be returned as soon as possible.

The RCMP say people must present a Possession Acquisition Licence to get their weapons.

If they don’t have that with them, police say they can verify the licence through the Canadian Police Information Centre computer.

Mounties say if people never had the licence, the guns can be securely stored in the police detachment until the person applies for and gets the licence.

“Many gun owners whose weapons were secured have expressed appreciation to the RCMP for its assistance is protecting their possessions, some of which were worth tens of thousands of dollars,” the RCMP said in a news release.

“Many others have voluntarily chosen to leave their weapons in safe storage at the RCMP where they know they do not have to worry about them while they deal with the more pressing issues of returning their homes to a livable state.”

via www.2012thebigpicture.wordpress.com / link to article