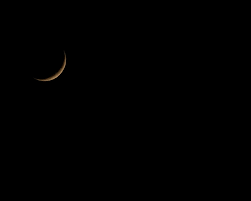 Monday’s New Moon, which happens midnight Sunday on the west coast, early Monday morning on the east coast and Europe, takes place in the middle of sensitive Cancer, and in the heart as well of the Mercury Retrograde period. This lunation comes along at one extreme peak of the entire Mercury Retrograde, taking place as it does with the Sun and Moon in conjunction with Mercury, as it moves backward through Cancer, and accompanied as it is by the grand trine of Jupiter, Saturn and Neptune in Water signs, with Saturn stationing to direct motion.

The station direct of Saturn is extremely significant, making the Mercury Retrograde that much more intense, especially since the station happens so near the time of the New Moon, taking place a mere two hours before it. This station is what has made the trine between Saturn and Neptune last so long, these two being within one half of a degree of exact trine since the beginning of June, and lasting at this extent of closeness all the way through to the end of July. Saturn with Neptune on the one hand brings grounding to our dreams and schemes, and on the other throws the monkey wrench of fuzziness and overly imaginative thinking into our concrete planning.

These factors are likely to continue as long as the period of the Mercury Retrograde will last, from late June to July 20th, and on into the time of Mercury‘s retrograde shadow, two more weeks after its three weeks of backwards motion. With Saturn so emphasized, it is just a little harder now to make anything happen, which blends nicely with the frustration-inducing moments that are the hallmark of the Mercury Retrograde period itself.

The grand water trine is also particularly active now, through to past the middle of July, with Jupiter just a few degrees off the trine to both Saturn and Neptune, and closing. This has consequences for our own understanding of ourselves at deep levels, as symbolized by the strong Water emphasis, including the potential loss of faith in what we thought that we could count on. The upside is the possibility of faith in the largely unseen and, consciously at least, unknown elements of the bigger picture of our lives, residing in the very depths of us. The collective also reflects this symbolism, as secrets come to light, witness the NSA wiretapping scandal, with confusion as to motive of both government (Saturn) and perhaps idealistic whistle-blower, and with deception (also Neptune) potentially involved at either end of the equation.

As mentioned above, Saturn is standing still in the sky at time of this New Moon and new beginning. Saturn represents structure, what we can most depend on, and, in this association with Cancer, represents home and family structure as well, which might appear to be in mild or more major convulsion. Surprises are also likely, with Venus closely trine Uranus in the New Moon configuration, also the possibility of surprising enlightenment. With luck, as existing structures dissolve or are called into question, we might be able to forge new structures to replace them, based on a wider appreciation of the magic that the cosmos, and that we ourselves, when we try our best, can manage to bring to the table.

via www.shiftfrequency.com/ link to article/ www.astrograph.com / link to original article