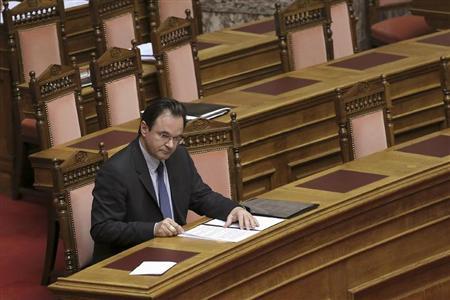 (Reuters) – Greek lawmakers voted early on Tuesday in favor of pressing criminal charges against former finance minister George Papaconstantinou in a scandal over a list of potential tax evaders that sparked outrage among crisis-hit Greeks.

News of the existence of the “Lagarde list” of about 2,000 Greeks with money stashed overseas sparked a political scandal last year, with many Greeks angry that successive governments failed to pursue those on the list while heaping austerity cuts on everyone else.

Read the whole story at :  www.reuters.com / link to original article

Posted on July 16, 2013 by lucas2012infos | Comments Off on BusinessInsider – Europe Is On The Verge Of A Japanese-Style Lost Decade

Recently the IMF made it clear that the current euro area leadership needs to address its ongoing banking problems. The Eurozone’s banks are continuing to deleverage, with total loan balances to euro area residents now at the lowest level in 5 years. What makes the situation even more troubling is that many Eurozone banks banks are repeating the Japanese experience of the 90s. They are carrying poor quality and often deteriorating assets on their balance sheets, refusing to take writedowns that will require recapitalization. END_OF_DOCUMENT_TOKEN_TO_BE_REPLACED

John Ward – The LABoraTORY : The NHS Gets Its Big Day As Number One Political Football – 16 July 2013

After eating his cream, Jeremy the Cat decided to corner a defenceless sparrow END_OF_DOCUMENT_TOKEN_TO_BE_REPLACED

Comments Off on John Ward – The LABoraTORY : The NHS Gets Its Big Day As Number One Political Football – 16 July 2013

General Abdel-Fattah al-Sisi will keep his post as defence minister, according to reports. (AFP)
Al Arabiya 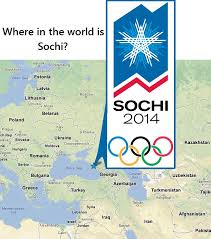 (Lucas :  The Brazilian demonstrations over the social injustice triggered by  FIFA’s  World Soccer championship Tournament and the  profitable laws made  for FIFA, sponsors and politicians especially shows the corruption and greed incorporated in this. It makes  the next world event to be questioned also. The Russian Sochi as Winter Olympics is one example : it took now by estimate 50 Billion to build.  These world sports events and their organizations have already been questioned a lot in the past but it is also time that the corruption, greed and monopolistic behaviour of those corporations  (world sports event organizers often are operating  under the flag of a movement to make it more acceptable and let people think it is not about profit!) are brought back to what they should be:  sporting events for everyone to attend as a competitor as a visitor or as a fan and or supporter. You can not “sell” this anymore to the people of this world. “Sell” says enough as it is really what those events should not be about in first place. If even bids for olympics or Wold Soccer championships take lots of money to even get noticed or make a chance you should lift your eyebrows.  It shows how these professional sports and sporting events have become totally out of contact with reality.  Also know there is no normal sanity in payments, salaries and benefits in any other way from the organizing companies and the professional sportsmen. It is not normal to see for example soccer clubs go dead as financial requirements,  salary payments and other regulations of the FIFA (and their country subisidaries) are making it into a game for just the owners of soccer clubs or those clubs or countries that have the most money to keep their clubs alive. The sports have become businesses and often monopolized. People do not see the real face of the sport anymore. Also a lot is monopolized to the few global media barons that have control over the mainstream media that cash in on more and more copyrights for distribution and viewing these events when you can not physically be there!.  Also the businesses in the country of an organized event do not benefit from the event  in equal portion. The events are restricted to have only total benefit to sponsors of the event to sell or re-sell in and outside the events actual premisses and promote themselves around the venue. Changing laws by politicians  to maximise the profits is  often a requirement in the accepting of a bid. This means your country could be underwriting a bid which actually says we will set democracy aside and accept by contract those requirements like having immunity from prosecution for the organizers, tax exemption, total monopoly from sponsors for the period of the event, etc. Equal access to events for business and  people is not guaranteed. The tickets are overpriced and get also sold on black markets , etc. Lots of seating rows in stadiums fully booked by corporate sponsors that do not show up as building venues are only prestige projects that often stay unused after the events have passed. Total relics of insanity. This is the same with the  Olympics. It shows how totally unreal these events are. So remember not to cheer for all that so-called we are one world and unity  crap they spread as just hollow words. They only have the monetizing and financial gain in mind. They sell their “morals” to what ever flag they can sell their venue. See the things for what they are and know. Do not comply or help those venues to stay this way.  If it is not in the interest of all people equally as these events are promoted as world events. )

Link to the video

James Corbett joins Joyce Riley of The Power Hour to discuss Fukushima, gold, the economy, and real solutions in this hour-long radio interview. James and Joyce also take listener calls on a wide range of subjects.

Comments Off on James Corbett – The Corbett Report – Interview 707 – Fukushima, Gold And Solutions: James Corbett On The Power Hour – 16 July 2013

Summary of Brenda’s July 13, 2013 free, 15-minute, channeled “Creation Energies” show at http://www.BlogTalkRadio.com/brenda-hoffman: Less than or better than are not correct transition descriptors. The correct phrase is different from. Males are not less important or spiritual than females as you transition from masculine to more feminine energies. Even though each of you may be on a different path, all paths lead to the same destination. You have an important role to play and you are doing so in the way and time that is correct for you. END_OF_DOCUMENT_TOKEN_TO_BE_REPLACED

Representatives of 24 nations are meeting in Germany this week to discuss proposals to create marine preserves in Antarctica. Can the rival camps reach a compromise to create the world’s largest conservation area?

The international body that governs Antarctic waters is meeting on Monday and Tuesday in Bremerhaven, Germany to discuss whether to establish marine reserves around the world’s southern-most continent.

Urging success, German Agricultural Minister Ilse Aigner recently said the meeting of the Commission for the Conservation of Antarctic Marine Living Resources (CCAMLR) offered a “unique opportunity” for representatives of 24 countries and the European Union to “write history” by designating the world’s largest marine reserves on Tuesday.

Here is another section from my unfinished manuscript, The Magician Awakes.

In this scene, the “speaker” is talking to Jimmy in a cheap hotel room. Jimmy has volunteered to go to FreeTown, which some people call FryTown, because they suspect it’s a prison. END_OF_DOCUMENT_TOKEN_TO_BE_REPLACED