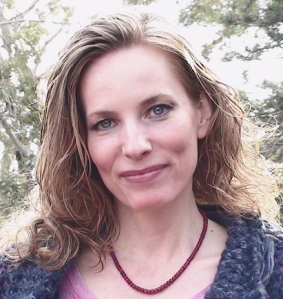 When you follow the impulse of the Self, you are honoring your innate Divinity.  Yet you are part of a collective; therefore, the Self is reflected in All Life around you.  Part of your Truth is shared with nature, part with those that inspire you and part of your Truth is shared with those that you disagree with.  For those you disagree with, your Truth is reflected through the grace of opposition – that which encompasses All of Life.  Your Truth is true to you, and it changes with you.  Allow yourself to follow the voice within, for it is your Divinity speaking.    END_OF_DOCUMENT_TOKEN_TO_BE_REPLACED

Life is one big conspiracy (minus the unlawful part)!! Life is consistently conspiring to bring us into fuller understandings of ourselves, the truth of ourSelfs.  You and I, being in polarity, give any and all experiences a value: it was good, it was bad.  To spirit, it all just is.

A couple of weeks ago a beautiful soul said something on my facebook wall that really triggered something inside of me.  Her comment was something about being forgiven for smoking. All I could feel inside was… how “human.”   That took me on an ongoing inner journey around the energy of forgiveness itself, coupled with all the individuated emotions that make up the wholeness of love.  Forgiveness itself, does not fit at all into the realm of spirit (outside of duality,)  why would it?  If everything there is unconditional love and zero judgement (and it is) then there is never anything to forgive… ever (again, speaking souly for the other side of the veil and not earth side.) END_OF_DOCUMENT_TOKEN_TO_BE_REPLACED 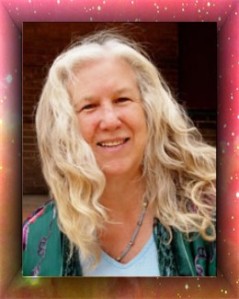 I am here today to welcome you to our new home in Hereford AZ. We moved here on Aug 25, and it has been a steady round of creating our new home in our fashion with painting walls, and arranging our furniture, etc in a way that speaks of our energies. It has been quite a time, with the help of a dear friend with the painting, without whom we’d still be flourishing the brushes and rollers. We thank you dear friend for all you did. We also thank another dear friend who, along with a handful of friends in the area, offered their time in helping us move in. We look forward to a celebration of gratitude and love for their assistance in the near future, as soon as we get the finishing touches accomplished. END_OF_DOCUMENT_TOKEN_TO_BE_REPLACED

Tomorrow friday the 13th is our new radio show episode, make a note and listen in!

Link to the radio show

Music and News and “Adds” with a bit of humour.

http://www.facebook.com/jillreneeonline
The Weird Zone
A sketch by Colin Kerr

Posted on September 12, 2013 by lucas2012infos | Comments Off on CommonDreams – US Demands Syria Follow Int’l ‘Norms’ On Chemical Weapons…While Violating Them – 12 September 2013

Government keeps tons of chemical weapons in Kentucky and Colorado, breaking global commitments to destroy them 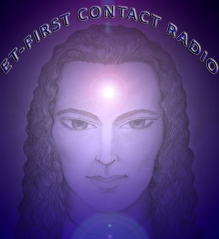 Clark is a UFO expert and has been involved in the launch of different NASA missiles and knows NASA secrets about UFO’s and ET’s. Visit: http://www.stargate-chronicles.com/site/about-clark-mcclelland

If up to now you thought Fukushima stuff was just more blogospherysteria, follow the links below and rethink a little.

The Fukushima radiation leak is, after 920 days, roughly equal to 5,910 Hiroshima Atomic Bombs. At 920 days of growth, Fukushima is 15 times bigger than the Chernobyl atomic disaster in 1986.

From within the IAEA, this is an extract from the 6th September update via its Nuclear Emergency Response HQ: END_OF_DOCUMENT_TOKEN_TO_BE_REPLACED

(Lucas : Just discern yourselves in all I provide to you as info)

I am very excited to share this impromptu recorded conversation with Henry O’Leary and a few of my friends.  The conversation begins with Henry sharing his overall concerns about some of the current initiatives within “the One People” community around contracting with banks to access our value.  I highly recommend listening to the entirety of the recordings as the discussion had various segments.

Henry has many decades, perhaps centuries (he did suggest that he is quite old) experience in the banking world at a very high level.  He discusses why he doesn’t think that some of the current approaches being explored will work, but he then explored with us some very exciting alternatives to contracting with banks that we all agreed hold far more promise.

Read the whole article including audiofiles at:  www.hoza.me / link to original article

SYRIA I am a ashamed to be Dutch and not only for refusing a substantial part of Syrian refugees into the country but foremost for  aiding a war effort against Syria without the required evidence of 100% proof.

It is unbelievable but still true the Dutch Government not the Dutch are convinced in specific very careful chosen words that Assad must be guilty.

I will give you the Dutch and then translate :

The whole article in Dutch you can find at  : http://nos.nl/artikel/550429-kabinet-overtuigd-van-gifgas-syrie.html]

What is  important is that the sentence that I have accentuated is saying the same as we already have heard before…. by others…. There is no 100% percent certainty nor is that proven. Also the UN has reported on that still they do as if there is some certainty.

The words in the sentence accentuated state : with probability bordering onto certainty…. That is in not even nearly enough of 100% proof not even nearly enough to be called certain. In plain english they say we are not certain but it is the most probable explanation and therefore it must be true….. This sort of reasoning should be in court punished for the most inventive act of lying and we have heard Kerry also express the same sort of dubious language.  END_OF_DOCUMENT_TOKEN_TO_BE_REPLACED

Uploaded on 12 September 2013 by Scott Bartle This video is a quick summary of the document CONfinance, and the ways finance is provided. See http://truth-now.net/confinance
What if there were up to 22 different ways corporations could provide finance..? What if only one of those was by lending money..? How could a bank provide finance without lending money..?