It is fitting that included with the blog today are some words shared a few days ago in California.  Click here and you’ll hear Bob Wright.  He is speaking to all of us.

Here are a few more words, speaking to some who may just have joined the program, and are beginning now to understand what it is we have to give.

Dear Ones, I have been in touch almost daily with my dear friend, Anakhanda Mushaba about his beloved Papa Mushaba’s passing over into his new dimensionality. The family is hearing many things from many people around the world about their confusion and dismay over his passing. Many of them feel it shouldn’t have happened since so many times in their work the Mushaba Power of Five relayed that their intent was to ascend into their new lightbodies, as we all do. They are seeing that not only have they been mislead, but so too are so many over the world in thinking that this is what we are destined for, as long as we hold firmly in that knowing. END_OF_DOCUMENT_TOKEN_TO_BE_REPLACED 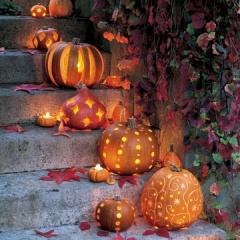 Halloween has arrived. It has been a great many years now that I have shunned away from holidays and many saw me, I’m sure, as a fun buster. For a long time I never could understand why I didn’t get into the festivities along with everyone else. Since those earlier days I have come to understand my hesitation to join in. Somewhere buried deep within I grasped the reasons for the holidays being not quite what we were being led to believe. Our holidays were created for corporate profits and many times not for our best interest. Look at Halloween for instance. We dress our kids up and take them around neighborhoods collecting what amounts to bags of poison! Sugar is a poison and yet we have grown up consuming it often in generous quantities and in the end it is to our detriment and sadly to our children’s. Of course the corporate candy creators love Halloween and use it to stuff their pockets with our hard-earned money and we end up destroying our health. Christmas is all about business profits, filling our voids within with stuff that in the end will do nothing to fill that void. Corporations love Christmas as well as it once again fills their pockets and empties ours. END_OF_DOCUMENT_TOKEN_TO_BE_REPLACED

In honor of this day and night of the thinnest veil between worlds, some healing music and images for the planet we all share:

Gentle smiles and wishes for a magickal Celtic New Year …

Today will be an a important day as it will bring much clarity to so many of you. We speak not of the trivial things that may still confound you in your everyday life, no we speak of grander things, things that will help you all to see this world of yours in a brand new light. For you are about to enter a corridor of light that will accelerate every thought you have, and with it, the speed in which you will see it start to come into manifestation. And no, this is not as in from rags to riches, this is something far more profound, something that will help you all to reach ever deeper within you and find the key you have been searching for all along. END_OF_DOCUMENT_TOKEN_TO_BE_REPLACED 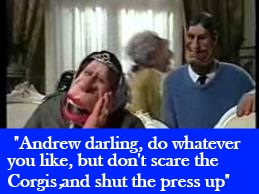 It’s probably just me putting silly words into Google, but while I can find zillions of articles about the Royal Assent being given to press regulation (see yesterday’s Slogpiece) I can’t find reliable details about what the final Bill said.Perhaps this is what happens when politicians determined to be ruthlessly honest with their citizens meet in secret to stop newspapers from reporting what they want to keep secret: the whole thing remains a secret. END_OF_DOCUMENT_TOKEN_TO_BE_REPLACED

Comments Off on John Ward – Press Regulation : Is It An Open Secret Or A Closed Issue? – 31 October 2013

Damascus has met the first disarmament deadline, having destroyed all previously declared chemical weapons production and mixing equipment, the international watchdog has confirmed.

The Organization for the Prohibition of Chemical Weapons (OPCW) has acknowledged that Damascus has complied with the watchdog’s decision, adopted on September 27, on complete elimination of chemical weapons and means for production in Syria before November 1.

Teams of experts have visited 21 out of 23 declared chemical weapon production sites (with 41 buildings and structures) and witnessed destruction of equipment at the facilities. The only two uninspected facilities were “too dangerous” to visit, but inspectors have confirmed that equipment from those two had been previously evacuated to safe locations and also destroyed.

Scientists are attempting to find out why one species of starfish is literally melting in the waters off of Washington state and Canada.

Biologists in Seattle took to the Puget Sound waters last weekend to collect sick and healthy sunflower starfish for testing. Several labs including one at Cornell University will examine and compare samples with Canadian specimens already being analyzed. END_OF_DOCUMENT_TOKEN_TO_BE_REPLACED