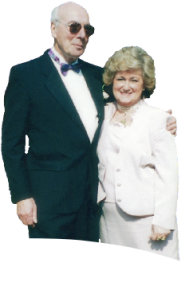 “Nothing is as it seems”.

Every day, this statement is being proved beyond doubt. Everything that humanity had accepted without question, is now being exposed as total fiction. What was used to control mankind’s every thought, word, and action, was planned and executed to keep him on his knees. In fear, in a prision without physical bars.

It is time to set yourselves free of the control of Rome. So many times have I explained that it is indeed, Rome, that is the EYE of the Pyramid. The mind-controlled are frightened to even look at this. I ask that you look at the evidence. It is all out there, if you just take the time to investigate it. They have been in power for so long that they cannot contemplate ever losing it. When you scratch the surface, you discover that all those outwardly powerful people are mere puppets of Rome, all playing a game in order to take complete control of your world and thereby lead mankind to Lucifer.

This is a battle between the light and the dark. The Dark Ones have had it all their own way until now. With every day that passes, if you choose to sit back and do nothing, you are facilitating the dark take-over. Think carefully on this, for you have everything to lose including your eternal soul. Your soul needs you to wake up and be counted.

Some who have special missions have been targeted. They are going through very difficult times as the noose of corruption tightens around their necks. They need your prayers and your love to survive and carry out the work they came on Earth to do. It is so important that those of you who are awakened, come together to assist others to see the truth. Time is of the essence here. You need to act now.

It has been brought to your attention that the Vatican is planning a fake alien invasion in order to create the fear necessary to force you to agree to almost anything in order to feel safe. Well, I can tell you that “SAFE” is the last thing you will feel, if you fall for this GREAT HOAX. Television and news reports are the weapons that will be used to create this fear.

Refuse to accept what they are telling you. The real truth is available to all of you. You are not sheep, so you must stop acting as if you are. Should the Vatican proceed with this invasion plan, then your true friends from other planets will expose this false alien invasion. They are Beings of Light, and they wait in the wings, ready to come to your assistance. Many of you have talked with them. You know that they come only to release you from bondage.

Those of you whose work is to awaken others, are being attacked from every angle. Know this: they would not waste their time on you, if you were not seen as a threat to them. I assure you, you will not lose this battle. The Cabal already knows this. So be strong and be confident. Refuse to be their slaves a moment longer. They cannot carry out any of their plans without your assistance. You, the 99%, have the power to change the world right now. You have the power to stop all the wars and the false flag operations. Not another soul need suffer, if you take courage and refuse to be part of their dark operations one moment longer. In your hearts you know that I am right. Your minds have been controlled from birth. The whole education system is total mind control in order to produce robots which OBEY and which do not think for themselves.

Do not look to your parents, for they are victims of the system. Yours is the first generation that has the opportunity to break free and to rescue your planet. Support those who lead the way forward. There are so many ways that you can be involved. Just send love and light. Share your skills and your research. Help others with computers. Work together and help each other. The petty jealousy and the cliques that I encountered when doing my work on Earth, served to prevent so much evidence from being presented. This must not be allowed to continue. Such people should be asked politely to remove themselves from office, as they seek out such positions in order to prevent the truth from being exposed. They have done much harm. When I passed to spirit, that all became clear to me. They see themselves as superior, part of the control system. They ridicule those they see as being without qualifications, who must be silenced.

The stress with which many of you are coping, is deliberately caused. Refuse to become a victim of it. Meditate whenever possible. Walk among the trees and let your thoughts flow. Accept the healing which the trees offer you, as this has a wonderful calming effect. Smile even when you do not feel like it, as people respond to a smile, and it shows you care. Society has encouraged you to live in a little box with a television for company, the role of which is to mind control you and keep you servile. The art of conversation has almost been lost. It is time to revive it. Come together and talk, laugh, and eat. Create a community spirit once more. In ancient times, this is how information was shared. It worked beautifully, as they understood the universe and they were at one with the Earth, all connected in love and light.

Rome has changed all that. Now, you must take back all that was lost. In the past, the sword was used to force change on humanity. But you know better now. Your strength is in numbers and the belief that you are on the right path. Love and light guide your way. The truth will set you free.

Veronica, my dear, keep strong. You know what must be done. All will come right in the end. The stress is sent to try to bring you down. We surround you with love and light, so you are never alone.