Posted on November 15, 2013 by lucas2012infos | Comments Off on ActivistPost – Lily Dane – Blogger Jailed For Contempt Of An Unconstitutional Order – 15 November 2013 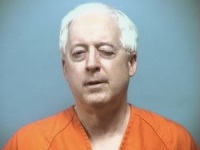 An Alabama blogger messed with the wrong guy and is now sitting in jail on contempt charges.

Roger Shuler is a prominent investigative journalist who writes about high-profile political figures and political corruption in Alabama on his blog, Legal Schnauzer. He blogged about an alleged affair between a lobbyist and Rob Riley, the son of former Alabama governor Bob Riley.

Riley denied the affair allegations and filed a defamation suit against Shuler. That’s not unusual in case like this, but Riley didn’t stop there. He also asked the court for an injunction prohibiting Shuler from writing anything else about the alleged affair, and to order all blog posts about him to be taken down.

Shuler didn’t show up for the related hearing. Circuit Judge Claude Neilson agreed to issue the injunction – one that legal experts are calling unconstitutional.

The injunction that was issued is called a preliminary injunction, which is an order that is issued before there has been a trial. The order, which forbids Shuler from writing anything about Riley, is called prior restraint. Prior restraint is considered to be a violation of First Amendment rights.

Shuler continued to write about Riley. Riley asked the court to hold Shuler in contempt, and it did: Shuler was arrested on October 23 and has been sitting in the Shelby County jail ever since.

Lily Dane is a staff writer for The Daily Sheeple, where this first appeared. Her goal is to help people to “Wake the Flock Up!”

Read the whole article and see video at : www.activistpost.com / link to original article