Uploaded on16 November 2013 by Grandpaw Peter Koyote A Step Into Paradise,,, tho there may be a few “bumps” along the way… Tune in, as Grandpaw Koyote & Friends tell us The Story… Wowwwww! 🙂 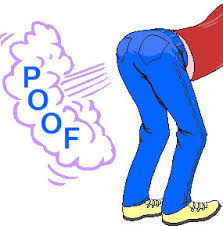 Grace
www.youtube.com/watch?v=B3XdXEJEI4E&list=TLp-y8M7Ib42TwtQuVyVm28Yok1Hk0wo57
ELVIS PRESLEY LYRICS
“Amazing Grace”
Amazing grace, oh how sweet the sound
That saved a wreck like me
I once was lost, though now I’m found
I was blind, but now I see
When we’ve been there ten thousand years Bright shining as the sun We’ve no less days to sing God’s praise Then when, when we first begun Too many ages false and spent I have already hung This face and flock He saved us by His endless grace will leave me whole Amazing grace, oh how sweet the sound To save a wreck like me END_OF_DOCUMENT_TOKEN_TO_BE_REPLACED
Advertisement

RemovingTheShackles – JFK: The Transparency That Is Still Denied – 18 November 2013

Posted on November 18, 2013 by lucas2012infos | Comments Off on RemovingTheShackles – JFK: The Transparency That Is Still Denied – 18 November 2013 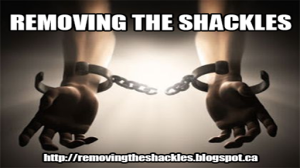 50 Years later, the American Government and it’s sycophantic bully boy co-corporationists  and their suckup mind & money controlled media stooges are STILL trying to sell the blatantly laughable Warren Commission’s final report on the Assassination of JFKennedy.   I just did a search, and truth be told, not even the alternative media are really doing justice to this anniversary.  The MainStreamMedia cartel are lobbing memorial bombs at the public and waxing eloquently about that dark day in history when the young JFK was murdered by a lone gunman, and they are drowning us with images of crying hysterical people on the day of his funeral, and talking about his poor bereaved wife Jackie (and what she wore to the funeral, and who made the hat she was wearing on that fateful day….) …. I honestly was more disappointed with the alternative news crowds than with the MSM- at least I KNOW the MSM are a bunch of gutless wonders…. END_OF_DOCUMENT_TOKEN_TO_BE_REPLACED

Comments Off on RemovingTheShackles – JFK: The Transparency That Is Still Denied – 18 November 2013

Google has agreed to pay $17 million to settle an investigation by US states into its use of unauthorized tracking software on Apple Safari Web browsers, officials said Monday.

Google last year paid a $22.5 million fine to the US Federal Trade Commission on the same issue. The FTC said Google had agreed with the commission in October 2011 not to place tracking cookies or deliver targeted ads to Safari users, but then went ahead and did so.

Read the whole article at: www.phys.org / link to original article

Posted on November 18, 2013 by lucas2012infos | Comments Off on InvestmentWatchBlog – Europe’s Banking Regulator: Too Many Banks Survived The Financial Crisis – 18 November 2013

Too many European banks survived the financial crisis, the head of Europe’s banking regulator said in a newspaper interview on Monday.

“I’m convinced that too few European banks were dismantled and disappeared from the market,” European Banking Authority (EBA) chief Andrea Enria told the daily Frankfurter Allgemeine Zeitung in an interview.

“Barely 40 (disappeared), compared with around 500 in the United States,” he said.

“Governments wanted to keep their banks alive and that has hampered the healing process” of Europe’s financial system, Enria said.

The EBA organised a series of stress tests for European banks in recent years which have been criticised as being too lenient.

via www.investmentwatchblog.com / link to article

Comments Off on InvestmentWatchBlog – Europe’s Banking Regulator: Too Many Banks Survived The Financial Crisis – 18 November 2013

A seemingly small derivatives detail could sink global bank wind-down plans. American and European regulators want to standardize contracts to help cross-border lenders fail smoothly. If the problem isn’t fixed, investors could undermine financial stability by calling in swaps. It’s a reminder of how much work still needs to be done to end too big to fail.

Read the whole article at: www.dealbook.nytimes.com/ link to original article 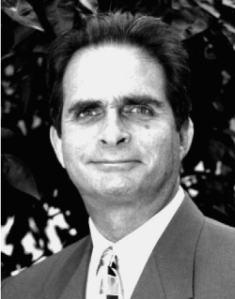 It apparently started with polls.

The question was, what message would resonate with voters?

The original pollsters (perhaps as early as 2011) tested all sorts of messages: “you have a right to know what’s in your food” was one of them.

Other messages were tougher. For example, they mentioned the effects of GMOs on health. END_OF_DOCUMENT_TOKEN_TO_BE_REPLACED 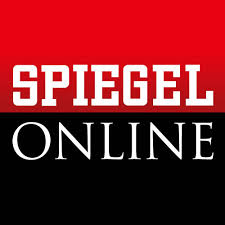 Far-right populists are expected to make significant gains in elections for the European Parliament this spring, but the only existing populist group in the body shows these parties can shout as loud as they want but are unlikely to have much influence.

On a rainy November afternoon in his cramped office at the European Parliament in Brussels, Francesco Enrico Speroni, co-chair of the right-wing populist Europe of Freedom and Democracy Group (EFD), does not mince his words: “We have not been successful.”

Read the whole article at:  www.spiegel.de/link to original article

The popularity of the digital currency Bitcoin is exploding. Today’s price spiked over $600, nearly double what is was just over a week ago. It seems the U.S. government now wants into the party.

Today several federal agencies weighed in on the decentralized currency. While most agencies acknowledged its legitimate uses, the Department of Homeland Security referred to Bitcoin as an emerging threat. END_OF_DOCUMENT_TOKEN_TO_BE_REPLACED

I will post weekly this message where you can find the shows.

For the show The Spiral Journey,  The Elemental Evolution, The Remembering, The Transitioning, The One People, The Collective Imagination and In-Joy, The Show

You look the shows up  at above link and or listen live!  Enjoy the shows or do not… that is your choice.  I always say whatever you do discern yourselves.