Posted on December 27, 2013 by lucas2012infos | Comments Off on StreetsOfLove-Unconditional – Angel Lucci – Exposing The Shadow “Elite” Controlling The World – 27 December 2013

So who really controls the world? The Illuminati? Freemasons? The Bilderberg Group?Or are these all red herrings to distract your prying eyes from the real global elite? The answer, like most topics worth exploring, is not quite so simple. Have no doubt, there are secretive global powers whose only goal is to keep and grow that power. But it really may not be as secretive as you would think. And that is what makes it even more nefarious.But don’t take my word for it, we have both science and insider testimony to back it up. END_OF_DOCUMENT_TOKEN_TO_BE_REPLACED

The Financial Industry Regulatory Authority said on Thursday that it fined Barclays Capital $3.75 million over its failure to properly retain records.

Read the whole story at: www.dealbook.nytimes.com / link to original article

n 2014, Americans will find some surprises on their insurance premiums and income tax bills, and they aren’t going to be happy.

Most insurance companies aren’t publicizing the Obamacare taxes – instead, they are discreetly adding them to bills. So far, it has been reported that one insurance company has clearly listed the tax on its bills with a line item titled “Affordable Care Act Fees and Taxes.” END_OF_DOCUMENT_TOKEN_TO_BE_REPLACED 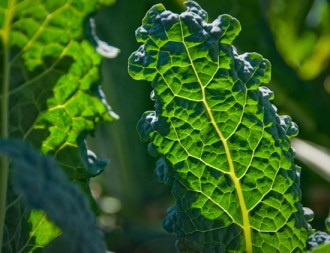 Today, or rather this eve, is one of those enchanted times I remember as a little girl and carry that magick in my heart always and all year round. I find myself singing Christmas songs no matter the time of year, especially the ones from my favorite stop-motion animations like Rudolph, The Year Without a Santa Claus, Santa Claus is Comin’ To Town, etc.

I just love this one! Had to repost. 🙂
www.laurabruno.wordpress.com / link to article

The irony and hypocrisy in chancellor Angela Merkel’s first parliamentary speech of her third term would be astounding were it not par for the “Everything for Germany” course of action.

In her first parliamentary speech since her re-election for a third term on Tuesday, she warned that Europe needed to take further action to make the euro zone crisis-proof. END_OF_DOCUMENT_TOKEN_TO_BE_REPLACED

The Irish credit union movement has pursued members through the courts for debts of nearly €35m over the last three years.

Since 2011, almost 2,000 members have had judgments registered against them for failing to repay monies borrowed.

Read the whole article at: www.irishexaminer.com / link to original article

Most the stuff you read today will not even be noticed by most people. But the last item must be followed up….

As RBS CEO Ross McEwan seems unable to find any evidence of his bank battering SMEs to a pulp, Lawrence Tomlinson (author of the inquiry showing exactly how RBS had deliberately destroyed companies to make a profit) is giving the partially sighted bank boss a helping hand across the road. END_OF_DOCUMENT_TOKEN_TO_BE_REPLACED

John Ward – Erdogans Banking Scandal: Beneath The Surface, A US-Backed Political Earthquake May Well Be About To Take Place In Turkiye – 27 December 2013

Posted on December 27, 2013 by lucas2012infos | Comments Off on John Ward – Erdogans Banking Scandal: Beneath The Surface, A US-Backed Political Earthquake May Well Be About To Take Place In Turkiye – 27 December 2013

The world was in mourning today as it became clear that Recep Erdogan of Turkiye had been hit over the head by a banking scandal. But things are somewhat confused as to why the flying missile has turned into “a corruption investigation involving state-run lender Halkbank”. END_OF_DOCUMENT_TOKEN_TO_BE_REPLACED

Comments Off on John Ward – Erdogans Banking Scandal: Beneath The Surface, A US-Backed Political Earthquake May Well Be About To Take Place In Turkiye – 27 December 2013

From here on out, we’re infinite in what we can do and be. We can let our perception of limitation and inability dissolve when understanding our power in a greater way, and when we do, we’ll see that a lot needs done in the physical and spiritual sense. END_OF_DOCUMENT_TOKEN_TO_BE_REPLACED