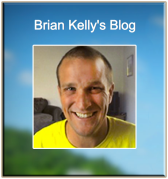 (Lucas : The GEET Reactor plans by Pantone did cause a lot of stir the last time at the OPAL Tour as there was a dispute about the patent and the freely giving away of the stuff.  I am not gonna give you a link to the plans and it is up to you to publish….or not…  The Ralph and Marsha Ring video I posted last year already and is very informative but does not say how to get access for all to the devices developed or in development as that is the most important thing at the moment free access and availability. I missed the Open Source and access for everyone part, available for all. If we can make things work without patents or by protection of ideas or by forming exclusive communities that only can be joined by some that are like-minded or have the same agenda or have the money or opportunity to join. If those changes do not take place  there is no difference! Transparency is only transparent if all cards are on the table…! So questions about projects and communities you may for instance ask are:  What is the community about and what is the structure or is there one, it that structure needed to work together. Who or what is in charge or is there an equal say in all.  Where does the funding/ money/ or value come from that is put in the project or is there a contribution, a fee you have to pay.  Are things really free of control or are things in place that still control you or parts of you’re doing and being. It there a business model or not and why!. Do you need to sign for anything or agree upon certain rules before entering or joining. All this matters to make sure you have really something new going or just a variant on old structures.  Freedom, Equality, Access for all, no wealth, profit or value cumulation intent, all Open Source. No rules and laws, and constitutions, no countries  instated to limit each other or make hierarchy or control by one or a group possible. No agreements or contracts to sign.  That is a lot to keep in mind for not making yourself limited again. I see lots of groups that go still one way or the other into these things. It is a choice to get bound or limited again and therefore give your power to others or to a structure, a belief, new dogma or construct.  Change happens for all from individual empowerment first and then you will see if you all have that neutral space, balance found there is no necessity to make structures or constructs again to work together as individual creator beings. There is no conflict anymore! )

(BRIAN  – NOTE: as of this post the recorded conversation with Ralph Ring is still being uploaded to YouTube. It’s 10 hours in and only 50% done! Should be ready to post tomorrow)

This is a message I had D put together after our discussion with Ralph:

Last night Brian Kelly invited my husband Nick and I to talk with Ralph and Marsh Ring about the new community. The Skype connection was not great, and we had a few delays, but the conversation we had was incredible. We discussed the plans for the Community in Morocco and the work that the Ring’s have been doing – talked about technology and consciousness, about the vast groups of people that he has worked with and is in touch with all over the world. People who are just waiting for that moment so that they can bring out their inventions and incredible ideas to the world. Below is the YouTube video of the conversation. I think you’ll find the energy of our discussion just as exciting as we did.This is an invitation that Ralph asked me to write, to send out to all of his friends and pods of associates all over the world, to let them know that the time has come to move forward.
REAL LIFE CHANGE            REAL WORLD CHANGE             CHANGES THE WORLD

When the world has come to a halt through the power of the few vs the slavery of the many, it is time to change. That time has come, NOW.

This current paradigm does not, has not and will not work. The Needs of the many outweigh the greed of the few. It is time to shift our world and transform it by working together as ONE, FREE and EQUAL, to create the bridge from technology to consciousness.

The Implementation of CHANGE starts from the ground up and influences all aspects of daily life. From the energy we use to the food we eat, from the healing of ourselves to the education of our minds, from the creations from our hearts to the INbodyment of consciousness in ALL THINGS.

All over this globe there are people waiting for the moment that will allow them to bring forth their inventions, inspirations and ideas, the innovations that will change the very foundations of this world we live on. This IS that moment!

We are creating change and we invite you to join with us in this adventure to the new NOW. A diverse and ever expanding group of BEings are gathering in Morocco to work within a community with the local people. We invite you to come, to LEARN and to TEACH and to CREATE. We will show the world that it can be done and can be done without fear, without hiding, and without the interference of those who want to control. This IS about pioneering a new way of LIFE for all who are interested, to enjoy freely, unencumbered by all perceived limitation, whether financial or otherwise.

The photos from this post are pictures of the community outside Oued Lau. A beautiful land resting on the edge of the Mediterranean sea and flowing up into the lush mountains, ripe for zero point technology, sustainable living projects, healing centers, farms, retreats: a place to live, a place to visit, a place to create, a place to explore a new paradigm of life and all its dimensions, ABSENT LIMITS.

We will be building machine shops and labs for inventors to utilize, working together as we move forward in the realms of zero point energy, alternative means of propulsion, the study of frequencies and developing healing technologies.

From this New Beginning we will televise these journeys to CHANGE. A media based website will be created to allow the world to watch and learn and to let people interact with the community from anywhere in the world. The advances made in all aspects of Zero Point Energy, Science, Education, Health, Invention, Farming, Building, Music and Art will be open for the world to see and use for themselves.

It’s time to stop talking the talk and start walking the walk. For the Sake of ALL of our Children, it is TIME to Move away from the systems of decay and deprivation and to move Forward to Create a self sustaining system that WILL work.

And so…. We invite you to join us in bringing these technologies and innovations forward as we ride the wave of CHANGE.

The link to Brian’s publishing of Pantone’s GEET plans :