John Ward – Britain’s Recovery: Reality Intervenes As The Audits Take Over From The Attitude Studies – 11 March 2014

Posted on March 11, 2014 by lucas2012infos | Comments Off on John Ward – Britain’s Recovery: Reality Intervenes As The Audits Take Over From The Attitude Studies – 11 March 2014 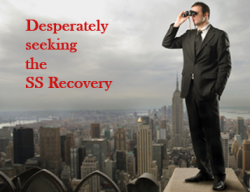 Nothing on the horizon after all

After yesterday’s ‘mood and expectations’ bollocks from the Daily Telegraph, today some proper audit data supports The Slog’s contention that the British economic recovery is a myth.

But the neolibs insist that the recovery is coming. It has left Fort Apache, and it is on it’s way. Patience fellow-sufferers: it is only a matter of time. The Chancellor, the Treasury, the ECB, Brussels, Maneulo Barroso, David Cameron, the Daily Telegraph, Mario Draghi, Barack Obama and Antonis Samaras have all seen the dust clouds on the horizon.

How could all of them possibly be wrong?

Well, the only possibilities, it seems to me, are that (1) they would say that wouldn’t they and (2) they know they’re wrong, but that game is to sound right.

And of so, then you have to hand it to these people: so far, they’ve been doing a pretty mean impression of people who know, and and are right. An awful lot of people are convinced we’ve turned the corner…as opposed to having gone round the bend.

But more and more of those pesky fundamentals just keep cropping up.

The latest UK supermarket retail share data, for example, shows Tesco slipping to a 10-year low as shoppers desert it for discounters Aldi and Lidl.

But how can this be if wages are now beginning to move ahead of inflation…as the BCC claims? It’s a tricky one to explain, especially given that Aldi handed in record year-on-year growth figures of 33.5%.

So far this year, the gold price has risen from £760 to £810. Not the sort of rise you’d expect to see in a bullish market, but then gold is more of a bullshit market these days anyway. However, the £ didn’t do well this morning – as a result of disappointing UK output data.

Industrial output edged up 0.1% from December, the Office for National Statistics reported…but this was half the level forecast, and a fifth of December’s rise.

Let the dust settle, and then wait for the next burst of bollocks. It will precede and follow Osborne’s statement next week – rely on it, but ignore it.

Earlier at The Slog: The art of being compromised